The Best Things to See and Do in Biskupiec, Poland

Biskupiec | © GringoPL / WikiCommons
Poland’s Masuria Province is full of surprises. This region houses Poland’s Lake District and was also notoriously the location where Adolf Hitler hid for over 800 days during World War II. Once you escape the big city buzz of Olsztyn (the capital of the region), charming traditional towns show you what the real rural Poland is all about. Biskupiec is one such town and a gem for any tourist. From its pretty town square to its lakes to the local cuisine, check out what this town has in store for you.
Poland’s Lake District © Aneta Aponik / WikiCommons

Explore the local culture at the Zatorze

Biskupiec’s cultural zone sits on the edge of town in an area known as the Zatorze. Here is a Cultural Centre which is located on Matejki Street just a 10-minute walk from the train station. There’s also an old water tower (Wieza Cisnien) in the Zatorze, which was built in 1913. 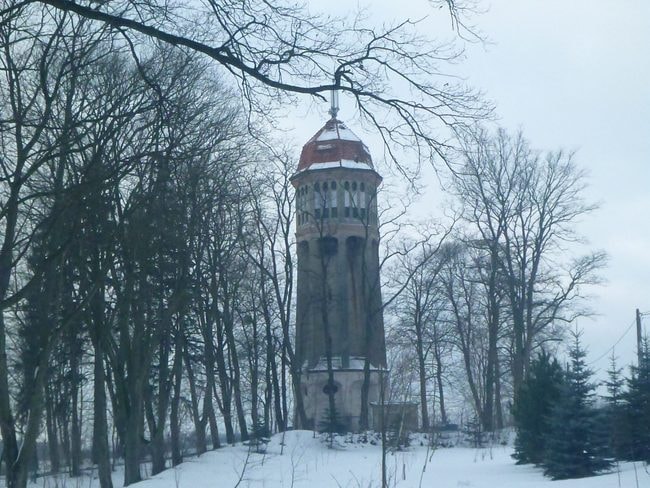 Water Tower at the Zatorze | © Northern Irishman in Poland

It was here, at a now defunct brewery, that Poland’s first keg beer was produced. Although the brewery no longer produces beer, the building remains. You can walk around the old brewery buildings, and the town has put up information boards about its history. Afterwards, pop into the nearby Stara Kaflarnia for a lunch to sample the local grzane piwo (hot beer) and some good soups and Polish main courses. 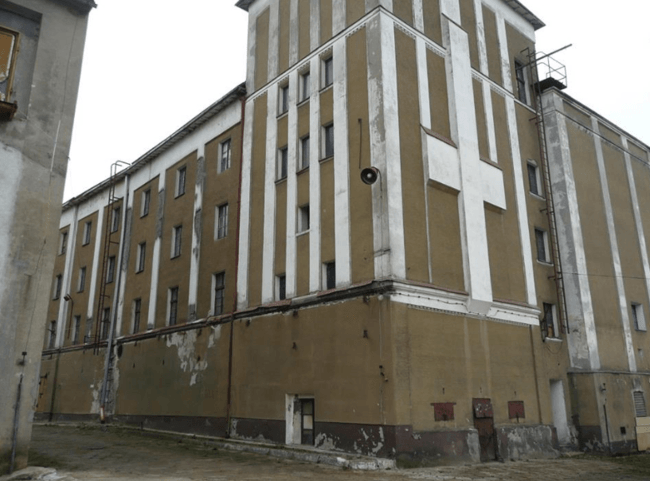 All cool Polish towns should have a pretty old town square — it’s one of the unwritten rules in Poland. Biskupiec might only house 10,000 people, but it still serves up a treat of a central square. If you want to see the beauty of Biskupiec twice, visit once in summer and once in winter to see the contrasting seasons, as evident in the two photos below. 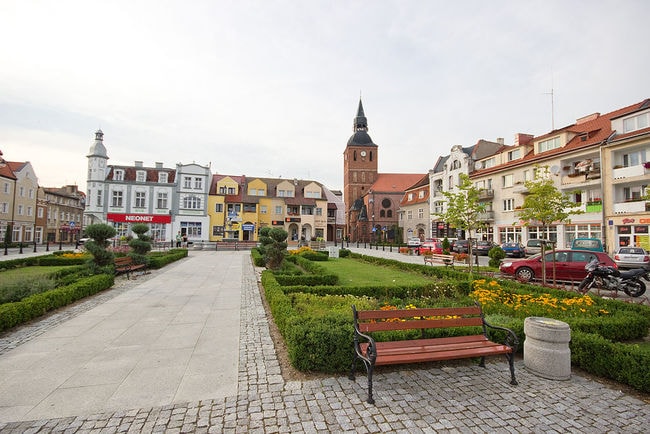 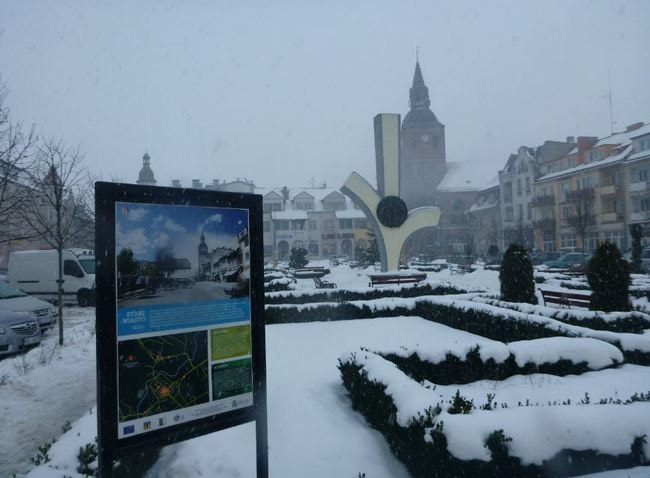 Cross the Bridge of St. John

There is a main bridge worth checking out in Biskupiec, it crosses the Dymer River. The Bridge of St. John links the town centre to the outskirts and has a brilliant vantage point of the town’s main church. 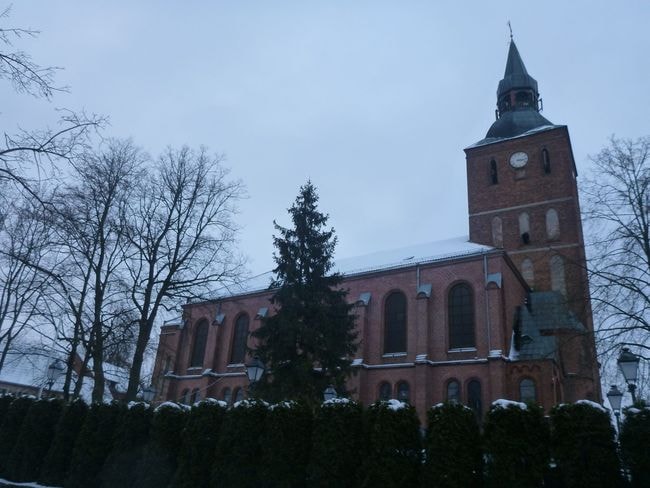 Viewpoint from the Bridge of St. John | © Northern Irishman in Poland

Restaurant, Steakhouse, Polish, European, $$$
Steakownia, Biskupiec | © Jonny Blair / Northern Irishman in Poland
Despite being a small town, Biskupiec boasts what could just be one of the coolest steak restaurants in the region. The reason being, Steakownia doubles as a butchery and an eat-in restaurant. This means you choose your steak from the meat counter and then they cook it to your own preference. Their purple cabbage salad is an unexpectedly delicious accompaniment.
More Info
Open In Google Maps
2 Warmińska, Biskupiec, 11-300, Poland
+48897151555
Visit website
Visit Facebook page

Bar, Pub, Restaurant, Polish, European, $$$
The trendy Pub Na Rynku | © Northern Irishman in Poland
Here in this region, they have Warmiński style pierogi (Warmia region Polish dumplings). The best places to sample it in Biskupiec are the Restauracja Pub Na Rynku or the Stara Kaflarnia. The Pub Na Rynku (bar in the square) offers a great beer menu to go with it as well as having the advantage of a lookout point over the town’s main square.
More Info
Open In Google Maps
5C Plac Wolności, Biskupiec, 11-300, Poland
+48897154402
Visit Facebook page

Jezioro Kraksy (Lake Kraksy) is a short walk on the outskirts of Biskupiec and separates the town from the countryside and the forests. It’s a truly tranquil and beautiful lake which freezes over in the Winter, meaning you can walk on it comfortably! Check with the locals first though, a tell-tale sign will be if they have their toboggans on it or are in ice skating boots. There are actually two lakes, Lake Kraksy and Little Lake Kraksy. 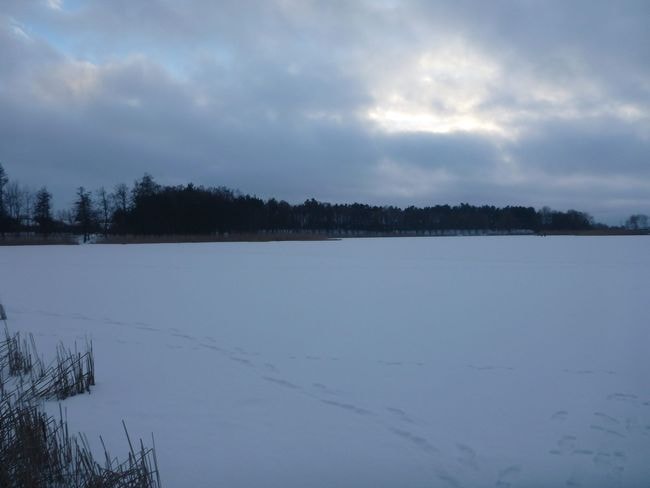 And if the winter visit wasn’t enough, you can always return in summer where you can bathe in or sail in a wooden boat across Lake Kraksy instead!

Park
Park Miejski | © Northern Irishman in Poland
Masuria’s towns are never short of greenery or nature and Biskupiec has Park Miejski as its main park for trees, plants and wildlife. There are birds to spot in a leafy park that sit alongside the river and the town’s football grounds. The local council have also placed tourist information boards here about the plants and animal species that live within the park.
More Info
Open In Google Maps
8 Zgoda, Piaseczno, Mazowieckie, 05-500, Poland
Visit website

Church
St. John's Church | © Northern Irishman in Poland
While you might want to visit St. Caroline’s Church, the town’s landmark and largest church is its 16th century centrepiece – St. John’s Church. Known in Polish as Kościół p.w. św. Jana Chrzciciela, this Gothic church dates back to 1505. Keep an eye on the Mass service times on the church’s website and head in for a traditional Catholic Mass.
More Info
Open In Google Maps
14 Świętego Jana Chrzciciela, Bielsko-Biała, Śląskie, 43-346, Poland
+48338124967
Visit website