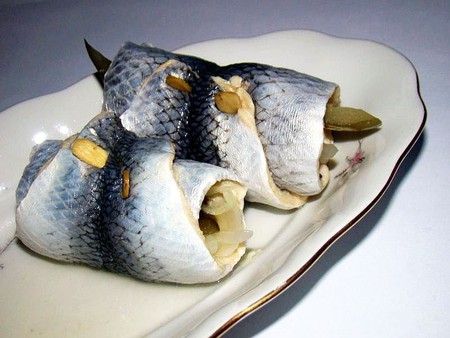 With its stunning lake region Masuria and the idyllic Baltic Coast, Poland has no shortage of great spots for fishing and finding superb seafood. Traditional fish and seafood recipes vary across the regions of Poland, with many specialised restaurants serving up their best ‘fruits of the sea’ dishes. This list will get your taste buds excited when sampling some of the finest Polish seafood.

The famous Polish pierogi are dumplings made from dough with various fillings, ranging from vegetables to meat to fruit. But a great fish option is the pierog z łososiem. These are the finest seafood-based pierogi around, jammed with fresh salmon, caught straight from the Masuria Lakes or the gorgeous Polish north coast on the Baltic Sea. Ideal places to try this type of pierogi are in the seaside resorts of Gdynia or Sopot, where other varieties of seafood-based pierogi also exist. 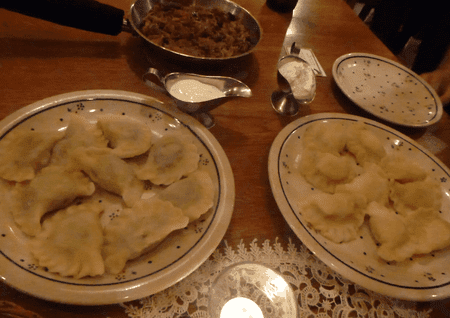 Poland’s north coast offers a sensational range of soups, main dishes and salads, with fish as one of the core ingredients, thanks to the fresh waters of the Baltic Sea. Down by the riverside in Gdańsk, in one of the oldest and most quaint little restaurants in the city, Kubicki. There is a special spinach and crayfish nettle soup available. Known in Polish as Zupa z pokrzywy oraz szpinaku z kremem serowym i szyjkami rakowymi, this dish is a Polish fish soup. Gulp it down with some bread with butter or smalec (pig fat) on top. 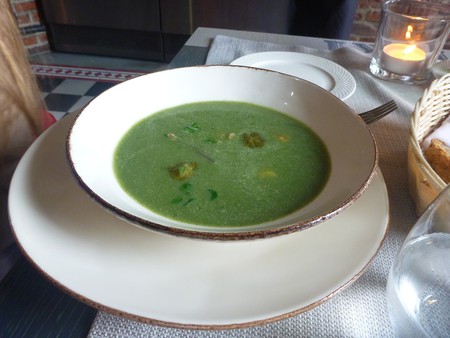 Śledź is herring and is a must-eat when you attend a Polish wedding! They are usually slightly salty and dipped in pickled onion oil, often with dill and tomato on the plate. Lots of Polish people eat śledź while drinking shots of vodka. As well as being popular at weddings, many bars all over Poland include śledź as a bar snack, you can try this dish at every Pijalnia Wódki i Piwa in the country for as little as 9 złotych (2 Euros). 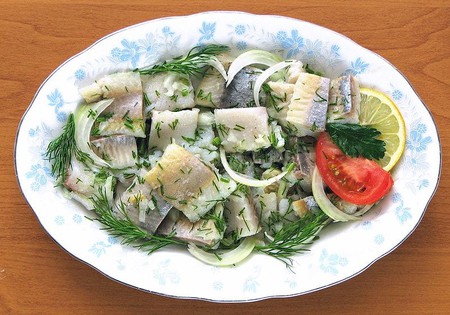 The Galican trout is a fresh-river fish which is caught then rinsed and cleaned before it is fried in hot oil on both sides. The fish is rubbed in salt and chopped garlic before being served with parsley, pepper and lemon. It can be accompanied by Polish-style potato pancakes. 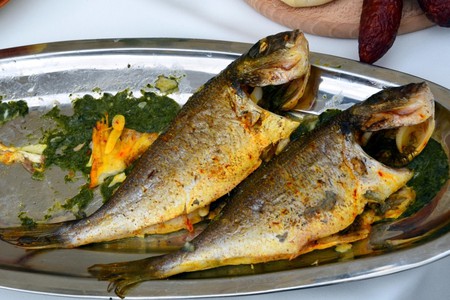 Fishermen on Poland’s Baltic coast are out catching fresh salmon, known as Łosoś baltycki. Chefs in seaside towns such as Sopot have their own recipes and ways to cook this tasty and rich Polish fish. But it is usually baked or boiled in a dill sauce and served with lemon with a small salad as a starter.

Forszmak is a tasty appetiser made with salty minced fish or meat which varies from country to country and even region to region. Poland, Germany and Russia all have their own recipes for forszmak. In the seafood option, the herring is minced and mixed with smietana (sour cream) and baked. It can be served in little pots with melted cheese and onion on top. Other variations include a meat option; adding ingredients such as eggs or potatoes is also common. 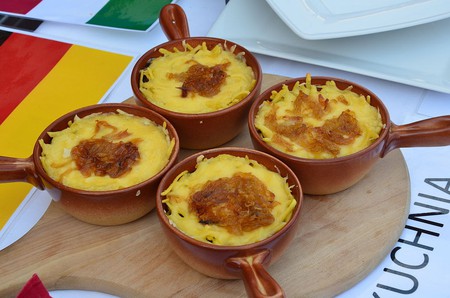 Despite the fact that this translates as ‘Greek fish’, it is actually a Polish dish but has had this name for centuries. The fish used is normally perch, pike or whiting. The fish is cooked in flour and oil before the wet tomato and vegetable sauce is added. The secret is in the sauce, which is made from tomato, carrot, onion and other vegetables (you can choose) which are fried in oil with added spice, salt and pepper. 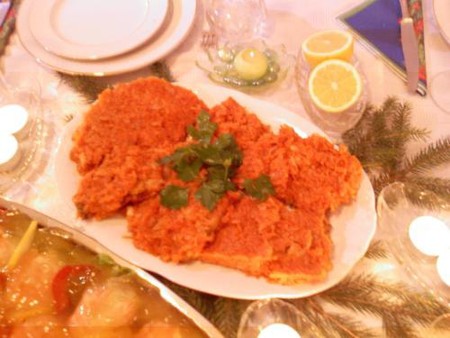 Polish perch (okoń) is used in many dishes. One such dish, the okoń smażony (w zalewie octowej), is a perch fried whole in vinegar. Depending on the chef and where you try it, this can be a tasty starter or even a main course with vegetables added. The perch is also salted. 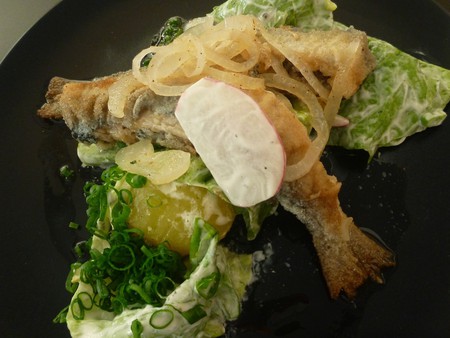 A popular fish-based salad called szałot is regional to the Silesia (Śląsk) part of Poland. The primary ingredients are fish and potatoes. It is made of squares of boiled potatoes and pickled fish. Added to this are some vegetables such as carrots and peas. Ham and sausage can also be added and mayonnaise is placed on top. Other ingredients include eggs and herbs, and it makes for a delicious side dish at a Polish party in the Silesia region. 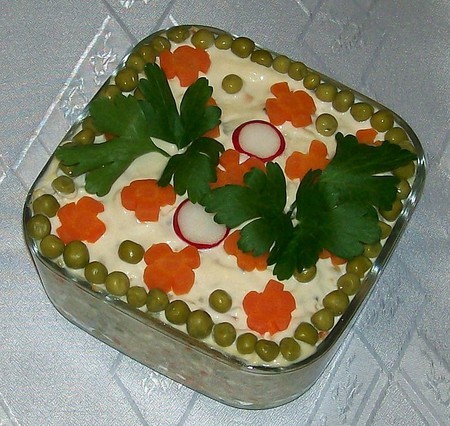 Although Rollmops might originally be German, they are a very important part of Polish culture, especially at Wigilia (Christmas Eve). Christmas Eve traditionally in Poland consists of 12 dishes which cannot be meat but can include fish. One of these 12 dishes is often rollmops, which is carp or herring rolled and sometimes served with pickled gherkins (ogorki). 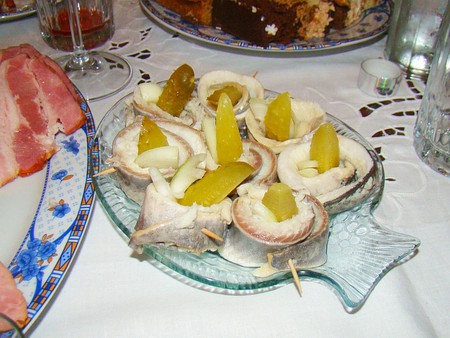 Rollmops in Poland on Christmas Eve | © Silar / WikiCommons
Give us feedback