The Best Polish Desserts You Need To Try 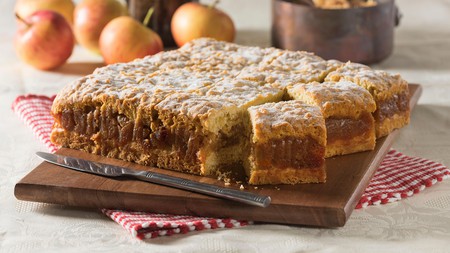 Desserts in Poland play a major role in holiday celebrations, especially Christmas and Easter. During these holidays, families gather to bless food and feast according to traditions linked to the predominant Catholic faith.

A turbulent history that has included changing borders and war has led to more than 20 million Polish people leaving the country over the years to start fresh in other parts of the world. Even though many people of Polish descent now live outside the country, the cultures and traditions around food and holidays have remained.

Here is a list of a few favourite traditional desserts enjoyed by Polish people over major holidays.

Before Easter comes Lent, when Catholics around the world observe a quiet time, and in which fasting or giving up certain foods lasts for six weeks before the holiday ends. The day before Lent starts in Poland, usually in February, is known as Fat Thursday. On this day, you can expect to find Poles indulging in one of their favourite sweets – the doughnut, or Pączki. Karolina Kowalska writes in an article for Poland tourism that this tradition of eating mountains of sticky doughnuts, topped with candied citrus and filled with jam on Fat Thursday goes back to the Middle Ages.

She says modern doughnuts should be sprinkled with icing sugar, and “should be gold coloured, with a slightly brown crust; the ring that appears when a doughnut is fried and turned over must not be too wide or light, which is a sign that the frying oil was fresh.” For some doughnut goodness, try the recipe. 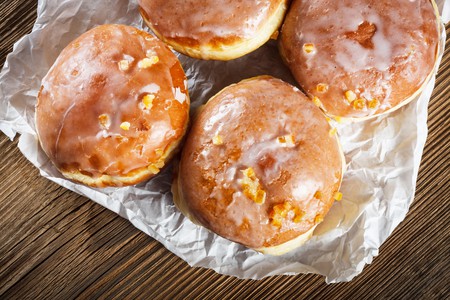 Once Lent is over, and families have gathered at church for Easter with their baskets of food to receive a blessing, the feast begins with an Easter breakfast on Sunday morning. A popular dessert enjoyed at this time is Mazurek, says cookbook author Lois Britton.

“I am a big fan of the Easter Mazurek. I love the many flavour combinations, Usually, the shortcrust pastry is brushed with a warm jam, then topped with caramel sauce or chocolate, or a fruit topping, and people get so creative as they decorate with fruit, nuts, candies and bits of pastry. The sky is the limit,” says Lois, an American food blogger who writes about Polish food on her blog, The Polish Housewife. Check out the recipe here. 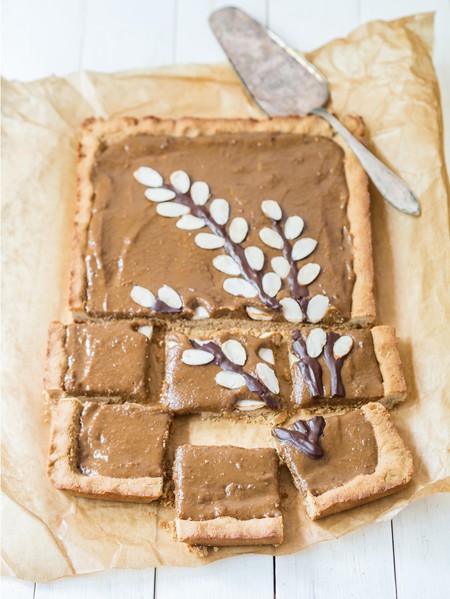 Easter Mazurek is popular in the country, and families go all out, decorating the dessert with various candies and sweet treats | © Magdalena Paluchowska / Alamy Stock Photo

Lois lived in Poland for five years and says Sernik, the classic Polish cheesecake made with farmer’s cheese, can be found “in every restaurant, café, and coffee shop in Poland.” There are many versions of the cheesecake, both baked and cold, and it can be served with tea or as a sweet treat and is often topped with berries, dried fruit or simply powdered sugar.

Another favourite for Easter and Christmas is the poppy seed roll Makowiec. American Polish food blogger Anna Hurning of Polish Your Kitchen says this dessert “is a rolled yeast dough filled with a sweet filling of choice, poppyseed, sweet farmer’s cheese, almonds, apples or jam.” Mmm, get making this perfectly sweet delight using this recipe. 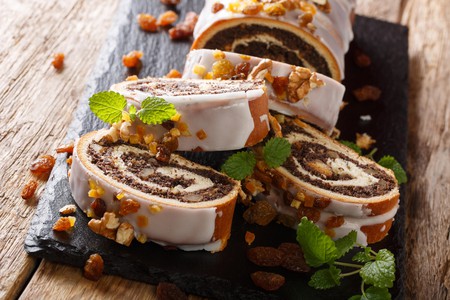 Poland has preserved the history and culture of Polish gingerbread biscuits, Pierniczki, with a museum in the town of Toruń. These biscuits feature ornate designs and are traditionally enjoyed over Christmas and other holidays. According to the museum, records of making gingerbread date back to the 13th century.

Today, they sell a spicy, chewy gingerbread biscuit made from a closely guarded 700-year-old recipe using the technique of “dough kneading and a rich mixture of natural spices.” Recipes online say the gingerbread is made with butter, rye flour, honey, ground ginger, cloves, cinnamon, sugar, baking powder and eggs. Traditionally, they were made with hand-carved wooden moulds. According to the Polish Art Centre, these moulds used a traditional heart-shape folk design.

The dough would be kneaded, rolled and then pressed into the mould. After baking, decorative icing would highlight parts of the design. Today, people just add the intricate flourishes and hearts when icing afterwards. Check out the recipe here. 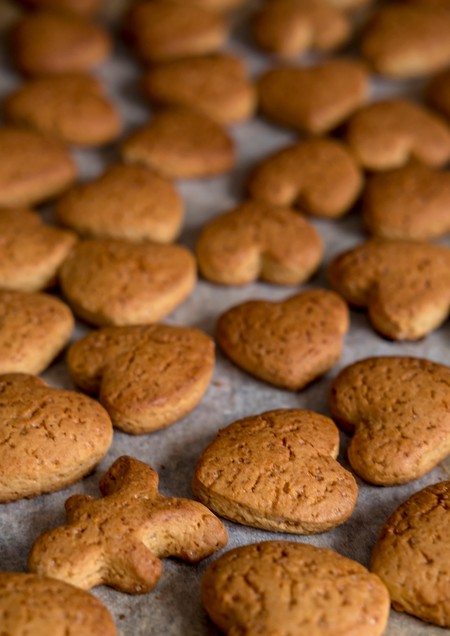 Many European countries have their own style of apple pie or apple cake. The Polish version is called Szarlotka and is found in many cafés and restaurants in Poland. Lois advises making this a day in advance, “We like this dessert even better on the second day. The flavours just melt! So that’s my recommendation, make this the day before you intend to serve it.”

She says there are also many variations: “Some have raisins and almonds, some have meringue on top, some get a crumble topping.” Head to BBC Good Food for the recipe.