The Best Places in Gdansk to Visit for the History Buff

Scene in Długa Street with the Main Town Hall in the background, Gdansk, Poland | © Diego Delso/Flickr
Anyone who’s travelled to the age-old harbours of Gdansk or the revered shipyards of the Tricity will know just how much history is on offer here. For those who haven’t, this list of five top spots for those looking to unravel the past of Poland‘s port town on the Baltic is sure to be a good place to start.

Forever written into the annals of Polish – nay, European – history, the Gdansk Shipyard has become hallowed ground for supporters of democracy and political freedom on the continent. Back in 1980, one local electrician, Lech Wałęsa, emerged as the figurehead of a trade union here; a union that was to become a powerful institution of more than ten million members. Organising strikes and marches on the shipyards, he struggled against persecution and totalitarian law for more than a decade, all before the efforts of the movement – Solidarity – contributed greatly to the eventual retreat of Communism and the fall of the Berlin Wall. Don’t miss the immersive European Solidarity Centre that’s right on-site. 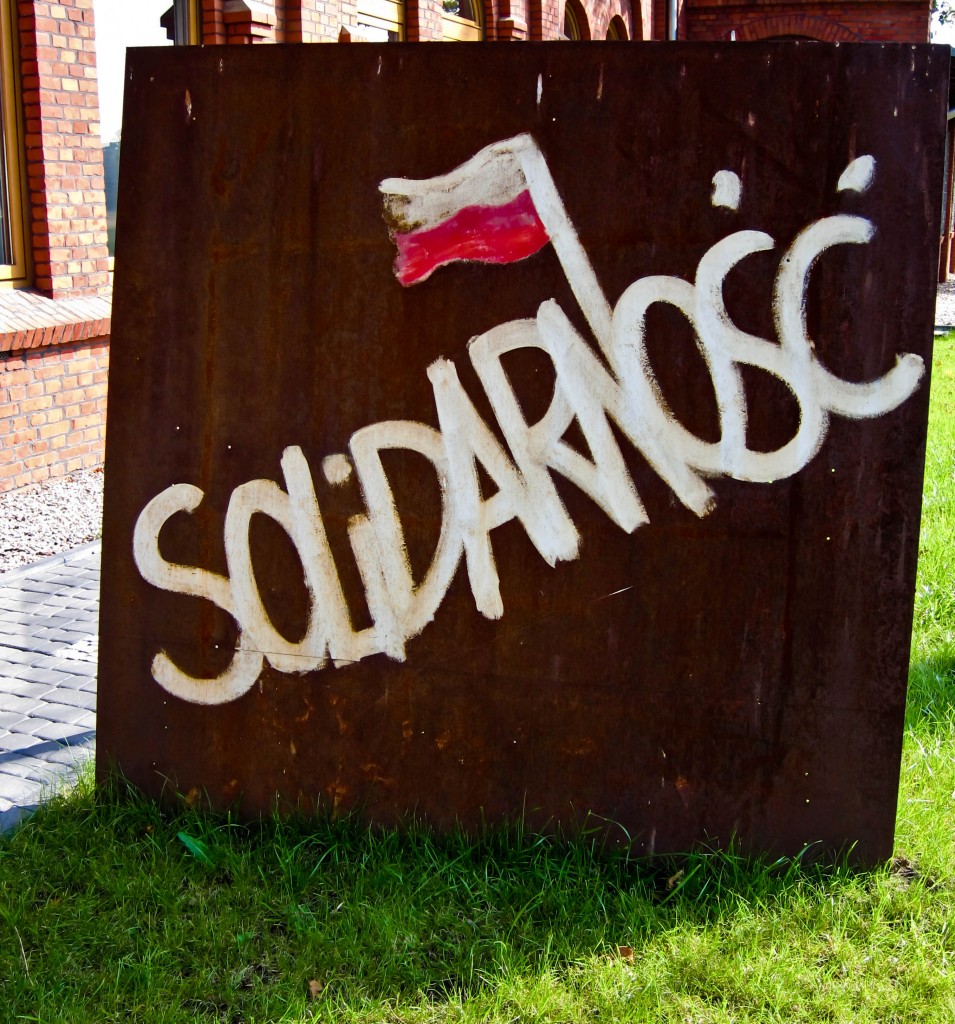 Buffs of WWII history are bound to know the name Westerplatte, for it was the eponymous Battle of Westerplatte that marked the very start of the Second World War. Yes, here, between the industrial cranes and the fortified walls of a small Polish barracks on the 1st of September 1939, the German battleship Schleswig-Holstein shot the first artillery shells of the entire conflict. Unexpectedly, the Polish soldiers, without reinforcements, managed to repel the Nazis for more than seven days, and there’s now a striking monument to their bravery standing tall above the Baltic shore. 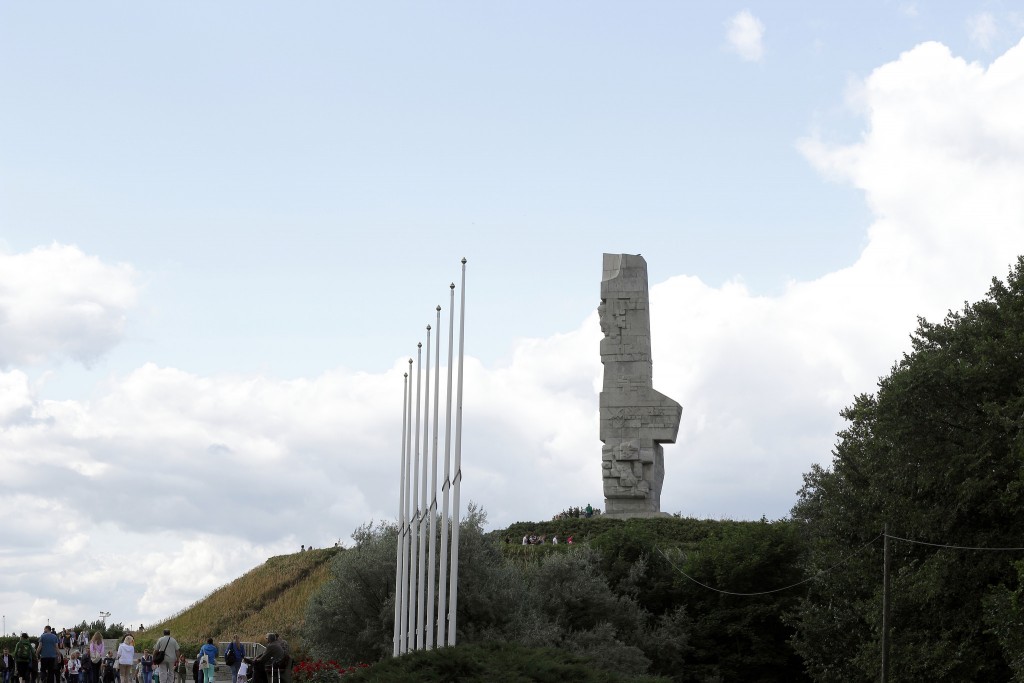 Museum
Gdansk Quay | © Alexandru Atudosie/Flickr
One part of the Polish Maritime Museum, this handsome brick and timber structure has kept watch over the Gdansk waterside since the 1400s. It was built during the booming years when the city was an important trading post in the Hanseatic League, intended as a cargo loader for the thousands of vessels passing in from the Baltic, and as a point of defence for the city. Unfortunately, near total destruction in WWII meant the building had to undergo hefty rebuilding, which has been done to retain the original medieval features: the overhanging apses, the interior wooden treads, and the administration rooms for the port.
More Info
Open In Google Maps
68, 67 Szeroka, Gdańsk, Pomorskie, 80-835, Poland
+48583016938
Visit website

Museum
Artus Court, Gdańsk | © Diego Delso / WikiCommons
Arguably the most famous of all the merchant’s guilds that dot the erstwhile port towns of the Hanseatic League (think Riga, Magdeburg et al), this handsome building still stands tall in the very heart of the Gdansk Old Town. It was inaugurated way back in the early 1300s, intended to provide a place for the well-to-do fraternities of the city’s trading families to meet, mingle and even influence the political affairs of the day. Inside, it’s easy to imagine rich amber and cloth tycoons chin wagging between the Gothic pillars and elaborate furnishings, making it the perfect pitstop to feel the medieval pulse of Gdansk. Another, similar structure can be seen just down the road at the so-called Golden House.
More Info
Open In Google Maps
Gdańsk, Pomorskie, 80-831, Poland
+48514222205
Visit website

There are actually two traditional Polish Ratusz (town halls) to see in Gdansk. The so-called Old Town Hall oozes charming Renaissance and Flemish styles from each of its facades, which shoulder their way above the babbling canals on the eastern edge of the historic area. Built in the 16th century, this one became the headquarters of Soviet Gdansk after the war. The second town hall looms above the cobbles of the old city. It’s got a grand spire and elegant Gothic-Renaissance features that belie the long influence of both the Italian and Dutch schools here. More than anything, it’s worth a visit to follow in the footsteps of the great Polish kings who’ve trod on its flagstones: Casimir IV and Alexander Jagiellon. 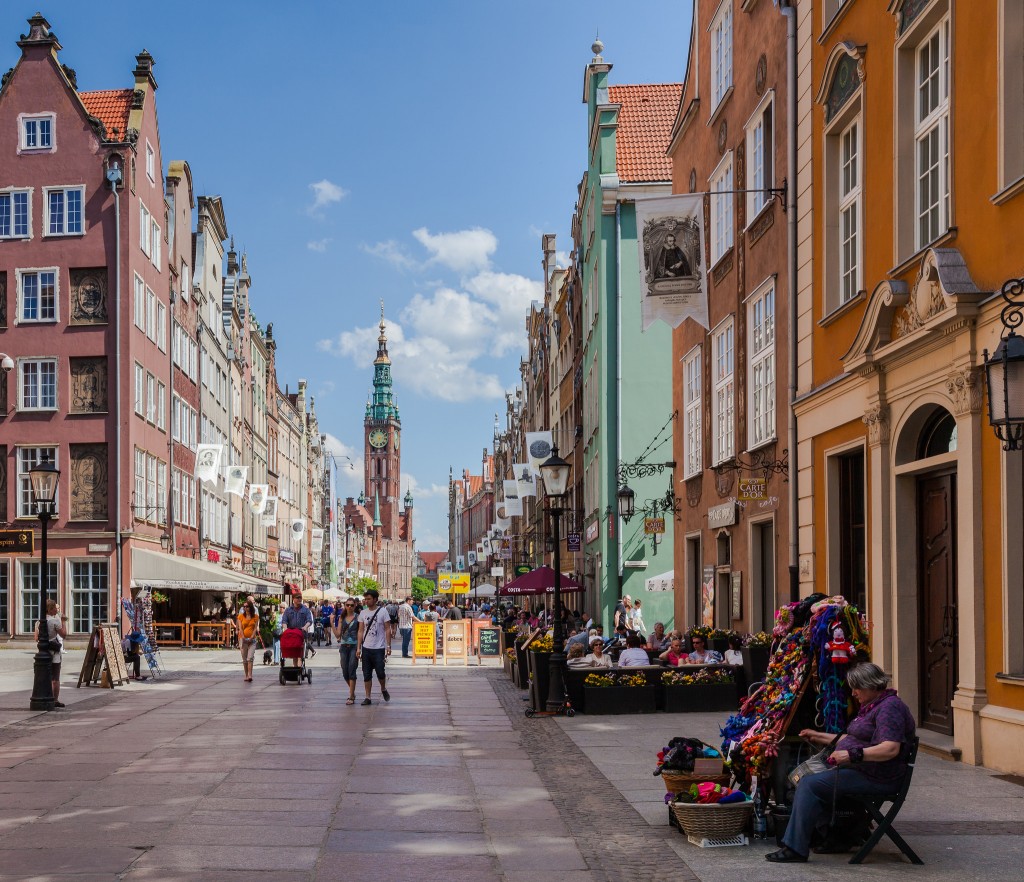 Scene in Długa Street with the Main Town Hall in the background, Gdansk, Poland | © Diego Delso/Flickr