The Best Nightclubs In Krakow, Poland

Greta Samuel © Culture Trip
The medieval city of Krakow boasts a unique club scene, with many of its venues found underground in what were once the cellars of centuries-old houses. Many of these subterranean nightspots play the usual fare of dance, house, and techno music, but some feature live music. Here’s our list of the best nightclubs in Krakow.
Frantic Club
Bar, Polish, $$$

Frantic Club can hold up to 500 people and is often filled to the brim, such is its popularity. Across its four bars and two dance floors, clubbers gather to dance to a mix of pop, house, R&B, EDM, and hip-hop spun by both Polish and international DJs. Guests in the past have included producer and former member of Swedish House Mafia, Steve Angello, and British house duo ThirdParty. 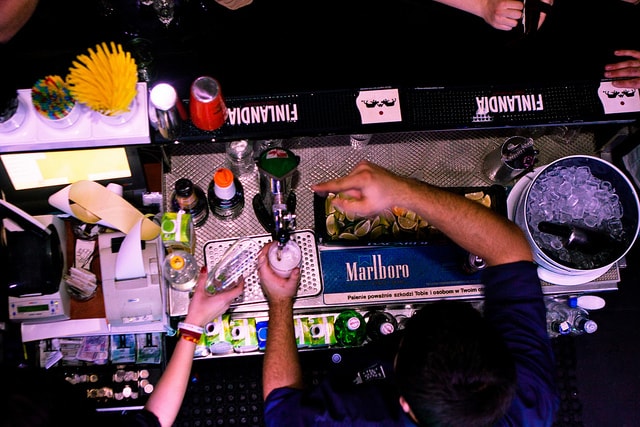 A bar in Krakow | © Jirka Matousek/Flickr

Taawa Music Club The location of Taawa Music Club, in Krakow’s bohemian Kazimierz district, gives an indication that you can listen to more here than just what you’d hear on the radio. A fully equipped stage is used regularly by live musicians and dancers, with guitars, drums, and saxophones displacing the ubiquitous DJ decks. Armchairs, sofas, bar stools, and an air-conditioned smoking room are provided if you need a break from the dancing, while a VIP area with a dedicated sound system caters to the more discerning guests. 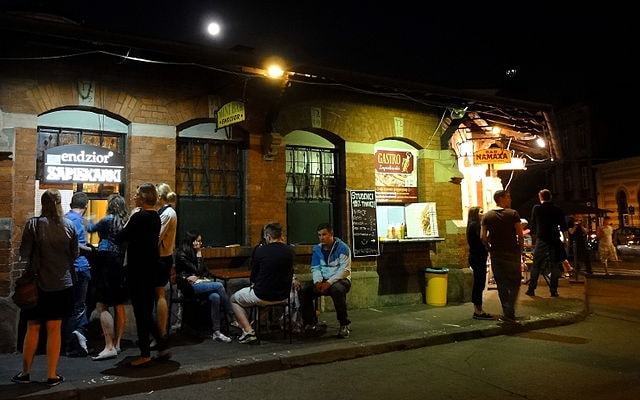 Baccarat Music Club With 10 rooms spread across its sprawling 500 square meter premises, Baccarat Music Club is by far the most extravagant nightclub in Krakow. No expense has been spared in outfitting the club with designer furniture, chandeliers, disco balls, and several bars. Such luxury attracts a slightly older, more sophisticated clientele than that found in other Krakow clubs. The guest DJs, musicians, and vocalists play a range of genres, from Latino rhythms and disco to house and dance.