The Best Bars In Katowice, Poland 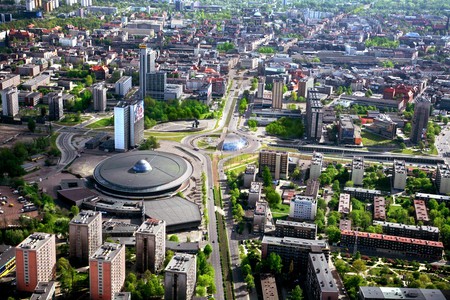 Poland’s Upper Silesia is an industrial region, with mines and factories aplenty and where tourism is based on discovering the long traditions of mining and industry. However, the biggest city of the region, Katowice, is one of the youngest European metropolises, and has an interesting, eclectic architecture, the beautiful surroundings of the Beskid Mountains and Jurassic Upland, and a great nightlife with its rock pubs and Czech taverns. Here are five of the best bars to visit when in town. 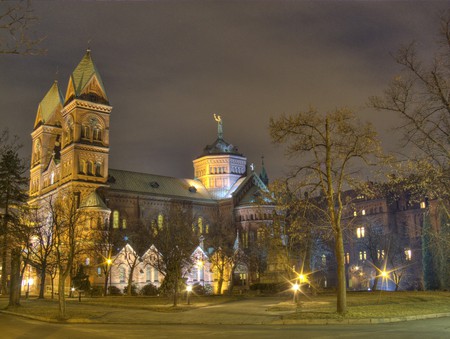 Bar, Pub, Pub Grub, Beer
Facebook
Email
Twitter
Pinterest
Copy link
Share
This travelers’ club was opened with the idea of creating a space for fans of traveling and those curious about the world. Klub Podróżników Namaste organizes movie nights, slide shows, and photography exhibitions that allow visitors to journey through countries without even leaving Katowice, all with a glass of great Polish and Czech beer in hand. The bar offers seven draft beers and more than 100 bottled beverages from regional and craft breweries alike. Those who want to listen to amazing stories told by travelers, or who would like to share their own experiences with others, will feel right at home. Opening hours: Mon to Thur 3-11pm, Fri 3pm-1am, Sat 4pm-1am, Sun 4-11pm

Bar, Pub, Pub Grub, Beer, $$$
Facebook
Email
Twitter
Pinterest
Copy link
Share
Located near the oldest church in the city, St. Mary’s Church, and in a neighborhood full of historic tenement houses, this bar is perfect for quiet mornings with a coffee and delicious cake, as well as relaxing evening enjoying good beer. The interior of the Pub Mały Kredens is decorated with old furniture, antiquated sewing machines, stylish lampshades hanging from the ceiling, and other accessories that create a homey, warm atmosphere. Opening hours: Mon to Thur 9-12am, Fri 9-3am, Sat 10-3am, Sat 10-12am

The Czech Republic and Polish Upper Silesia have a lot in common – language, culture, and traditions. Situated in the heart of Katowice, Hospoda is the best Czech option that offers not only awesome beers but also cuisine typical of Poland’s southern neighbor, and three rooms named after Czech cities. It’s important to keep in mind that Czechs are not only renowned for their beer production but also their stronger alcohols – from plum brandy to absinthe – all of which can be tried at this top-notch locale in Katowice.

Created with a love for good beer and far journeys, Biała Małpa is a pub attracting open-minded people who want to share their love for exploring the world. Located near the building where the town’s 19th century old synagogue once stood, the venue’s interior creates a hip atmosphere with its red brick walls, wooden tables and benches, folk themed cushions, and lighting from the bulbs that decorate the ceiling. The bar’s beer list includes 160 different beers from which every connoisseur will find their favorite taste.

Browariat is the only pub in Katowice offering only craft beers, including beverages from two Bavarian breweries on the menu. Those who want to taste the typical German types of beer like weizen, dunkel, and pils, will not leave disappointed, nor will the fans of other world renowned brews. All the beers comply with the traditional recipe that was declared as a Reinheitsgebot law in the 16th century – consisting on just four ingredients – water, malt, hops, and yeast. The pub has two storys; a modern and light bar room on the ground level, and a typical dark beer basement with barrels used as tables.