The Best Attractions in Gdynia 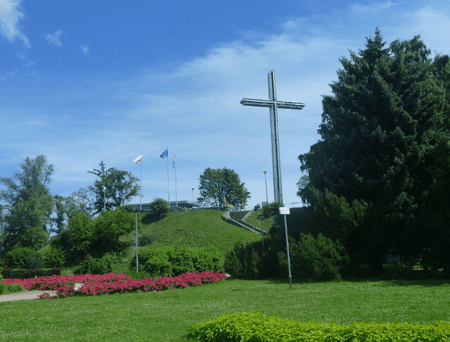 Poland’s seaside port becomes a thriving tourist resort in the summer months, with something on offer for every type of visitor. Here’s a guide to the top twenty attractions in Gdynia.

Gdynia Main Beach
Right in the heart of Gdynia sits a fantastic beach. The sea is clean, there’s a large stretch of sand and it’s a popular place to be on a warm day. Located just a few minutes from the city centre and a short walk from the main pier, there’s no shortage of summer activities nearby, with plentiful ice cream stalls to refuel at.

Gdynia Seafront Promenade
Take a leisurely stroll along the pretty promenade at Gdynia seafront, running right from the beach to the famous Gdynia Maritime Monument, the aquarium and the harbour.

Gdynia Market (Hala Targowa)
As a typical Polish city, Gdynia has its own market, housed indoors in what is known as the Hala Targowa. Here you can buy food and drink as well as clothes and all sorts of miscellaneous items.

Arka Gdynia’s Football Stadium (Stadion Miejski)
The local football team, Arka Gdynia, play in yellow and blue strips. 2017 has seen the club enjoying their most successful year in history, winning both the Polish Cup (against Lech Poznan) and the Polish Super Cup (also against Legia Warszawa) and qualifying for the Europa League. Their vast 15,000 seater stadium is a great place to watch a match.

Gdynia Film Center
At the foot of Kamienna Gora sits Gdynia Film Center, a three screen cinema studio inside a complex with an art gallery, bookshop, cafe and restaurant. Just outside, you’ll notice a roll of honour for all the famous people from Gdynia who have starred in Polish movies over the years.

Józef Piłsudski Monument
This is a statue dedicated to the man who is widely recognised as a key figure in Polish history, due to his involvement in regaining the country’s independence in 1918, after being absent from the map for 123 years. Jozef also helped preserve Russia’s independence by defeating the Red Army on their advance westward in August 1920 in what came to be known as the ‘Miracle on the Vistula’.

Gdynia Aquarium
Being a seaside city, the waters of the Baltic Sea have no shortage of wildlife and the Gdynia Aquarium is one of Poland’s best collections of sea creatures. This is fun for all ages, with colourful displays appealing especially to children.

Kosciuszki Square
Kosciuszki Square is in central Gdynia and features an impressive fountain with lots of little surrounding stalls and shops. It’s a great place to get your bearings and hang out in the evenings.

Emigration Museum
Poland has one of the world’s biggest populations of diaspora and you can learn all about it here at the Emigration Museum, which opened in 2015. Admission is free on Wednesdays, throughout the rest of the week, adult tickets are priced at 10zl.

Kashubian Square
Although it’s technically part of Poland, an interesting fact is that many people from Kashubian backgrounds live in this area, with some even claiming that Kashubia (Kaszuby in Polish) is a separate country. There is a Kashubian Square in the city with a yellow and black Kashubian flag and a monument dedicated to Kashubian activist Anthony Abraham.

Family Seafront Park
The amusement park has a variety of rides, including the Big Wheels, as well as plenty of games, shops, cafes, bars and ice cream stalls, making this a marvellous day out for all ages.

Byłskawica Destroyer
As mentioned, Gdynia has a huge maritime history, so check out at least one boat during your visit. The Byłskawica Destroyer is one of the best to view, it was used by the Polish Navy during World War II and is the only Polish Navy vessel to be given the Virtuti Militari Medal. It now operates as a museum, located by Gdynia harbour.

Gdynia Skatepark
Get a feel for what Gdynia’s teenagers and hippies get up to, in the local skate park. Located on the other side of Kamienna Gora.

Fish Market
The fishermen who spend their days at sea sell their fresh catch here. From eels to herrings, squid and mussels, you’ll discover all the best local seafood on offer.

Church of St. Michael the Archangel (Kościół Św. Michała Archanioła)
Poland is a predominantly Catholic country and Gdynia has a huge range of churches to choose from. It can be hard to choose the best one from a tourist perspective, especially if you are short of time. This one has an interesting history as it was originally built by nuns of the Norbertine Order in 1224. Generally, the church is only open during mass times, but of course the structure can be admired from the outside at any time.

Pomnik Wysiedlonych Gdynian (Displaced Gdynians Monument)
It is important to remember the war history of Gdynia, a city so close to Westerplatte, where World War II is rumoured to have started. Many Gdynians were forced to leave the city during the Nazi German regime and this monument is dedicated to those who left, many of whom were sent to death camps and never returned.

Museum of Gdynia
The main museum in Gdynia is by the beach, offering insight into one of Poland’s newest cities. Inside you’ll find exhibitions covering design, architecture, cultural history and education.

Gdynia Główna (Train Station)
The main train station here has been divided into two parts; modern and preserved. The old fashioned part of the station has been maintained and acts as the gateway on the local SKM service to Sopot and Gdansk.