The 7 Best Souvenirs to Buy in Warsaw 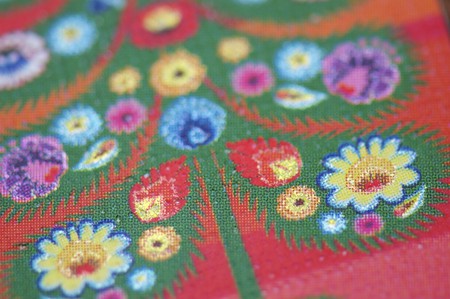 Not sure what to bring back home from your trip Warsaw? From Polish vodka, to communist-style design homeware and folky patterned textiles, read our selection of the best souvenirs you can find in Poland’s capital.

Head to one of Warsaw’s graphic art galleries (40 Hoża Street or 28/30 Piwna Street are particularly good) to explore the vast collection of Polish posters including vintage film and theatre posters, children’s illustrations and contemporary works. If you want to make Warsaw relevant purchase, go for Ryszard Kaja’s ‘Warszawa’ poster featuring the city’s communist landmark the Palace of Science and Culture.

Pick up an anchor-shaped metal pin from The Warsaw Rising Museum gift shop. The anchor is a symbol of Polish troops fighting for the country’s independence during the Second World War and it’s a combination of two letters P and W standing for ‘Polska Walcząca’ (Fighting Poland). If you’re in Warsaw on August 1st (the day fighting began in 1944) you will see everyone in the city stand still for one minute to remember the uprising’s tragic aftermath (200,000 people were killed).

A Bottle of Chopin Vodka

Recognised by many as Polish national drink, vodka is a great gift to bring back home from your trip. The Chopin airport is an ideal place to purchase alcohol before your flight. Go for the premium potato-based Chopin, named after prolific Polish composer Fryderyk Chopin. Visit Chopin’s former home (now a museum) in the village Żelazowa Wola just outside Warsaw, and listen to classical music concerts performed by both Polish and international artists.

Wedel is Poland’s biggest and oldest confectionery brand. It is famous for its pralines, traditional Jedyna milk chocolate and the delicious marshmallow-like Ptasie Mleczko. You will find Wedel’s products at Warsaw’s grocery stores, supermarkets and airport shops. For an immersive experience, visit one of the Wedel’s six cafés (the best locations are definitely the Szpitalna Street and Krakowskie Przedmieście Street).

Warsaw themed communist-style mugs are another great gift, especially for design lovers. The best place to get one of these is the Reset shop in the creative district of Mokotów (where you will also find vintage Polish furniture, toys and stationery) or the Neon Museum shop located on the eastern side of the river in the Soho Factory complex.

You can’t leave Warsaw without taking back home one of the typical Polish cakes or pastries. Try Słodki…Słony on Mokotowska Street, A. Blikle on Nowy Świat Street and Lukullus on Chmielna Street for the best selection including delicious rose jam doughnuts, cream puff pastry called napoleonka or kremówka (John Paul II’s favourite), Polish cheesecake and yeast buns filled with fruits.