The Best Restaurants In Białystok, Poland

Poland, land of meat and potatoes, is going through a culinary Renaissance with chefs pairing traditional Polish dishes and flavors with modern techniques, and even oriental restaurants are appearing with a Polish twist across the country. These are the best restaurants in Białystok serving up traditional, local, and innovative plates where even vegetarians can find something on the menu. 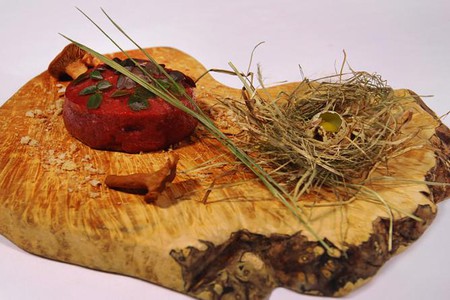 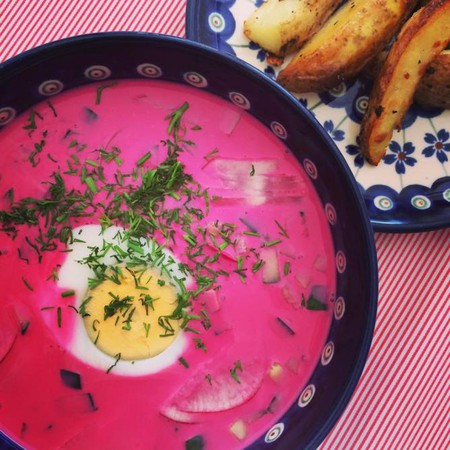 Chƚodnik (Cold Polish Beet Soup) | © Sztuka Mięsa
Restaurant & Bar Cristal, located in the Best Western Hotel, offers traditional cuisine with modern spins with executive chef Łukasz Rakowski in the kitchen. You can choose from the tasting menu or have one of the chef’s recommendations with a wide array of starters and mains sure to satisfy the pickiest of eaters. The dishes are prepared from the highest quality products from the local Polish Green Lungs area and offer a wide range of plates from wild boar rillettes to goose breast and duck roulette confit to seafood along with vegetarian options. Make sure to check the menu on their website as some dishes are seasonal. Cristal also offers a great budget-friendly breakfast in the mornings with more than 60 different dishes and side dishes. The restaurant bodes modern interior furnishings; The Restaurant, VIP Bar, Coffee Bar, Orangery rooms all have a distinct style and atmosphere, making this a perfect place for business meetings, dinner with friends, a romantic date, or a family dinner.
Open In Google Maps
5, 3 Lipowa, Centrum Białystok, Podlaskie, 15-424, Poland
+48857496100
Visit Website
Give us feedback 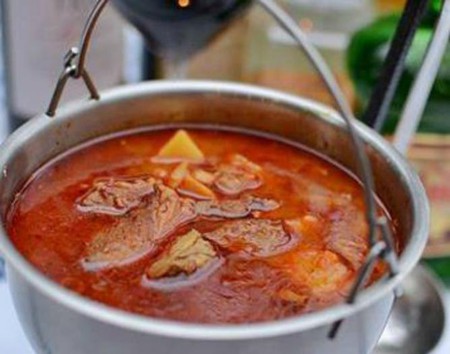 Gulasz w kociołku (Stew in a cauldron) | © Tokaj
Don’t let the name fool you, Sztuka Mięsa (The Art of Meat), does not only serve meat but a wide array of options, including seasonal vegetable dishes and delectable seafood. Famous for their burgers and steaks (sirloin, roast beef, and entrecote), their varied menu and new weekly weekend specials allows visitors to choose from dishes such as lemon soup, blackened chicken and baked cod with seasonal vegetables. They also serve freshly-squeezed juice and homemade ice cream adding to the homey atmosphere of the restaurant’s décor. Sztuka Mięsa also serve Latvian kvass, produced in Łotwa by ILGEZEEM, the leading producer of the traditional Slavic fermented beverage commonly made from black or regular rye bread. Served since before the Middle Ages, the traditional beverage is popular in eastern European countries. The production and the product itself is unique in the world.. So, if you would like a traditional taste of the beverage head over to Sztuka Mięsa.
Open In Google Maps
11 Krakowska, Centrum Białystok, Podlaskie, 15-875, Poland
+48857420740
Visit Website
Visit Facebook page
Give us feedback 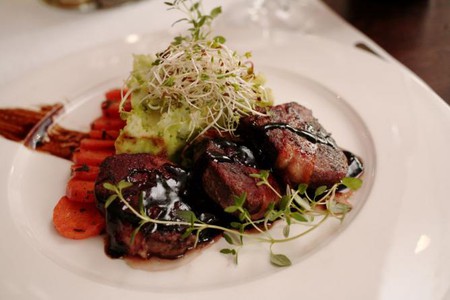 Eskalopki z jelenia (Venison Scallops) | © Savoy
Tokaj offers a great mix of Polish and Hungarian tradition with a sample of authentic Hungarian dishes such as placek po węgiersku (Hungarian-style pancake) and customary Polish dishes, such as the delicious zupa borowikowa (porcino mushroom soup), a seasonal favorite in Poland. You can enjoy the spires of the Białystok Cathedral from the restaurant windows as you order from a menu sprinkled with cleverly named plates such as fois gras ‘Głupia Gęś’ po węgiersku (Hungarian-style ‘Stupid Goose’), Pijany Gulasz (drunk stew), Zachód Słońca nad Dunajem (Sunset over the Danube) while enjoying traditional Gypsy music along with your meal. The fall menu often includes seasonal favorites such as porcino and chanterelle ‘kurki’ mushrooms, chestnuts, pumpkin, and pearl barley, turning dishes into comfort meals.
Open In Google Maps
7 Icchoka Malmeda, Centrum Białystok, Podlaskie, 15-440, Poland
+48857420807
Visit Website
Give us feedback 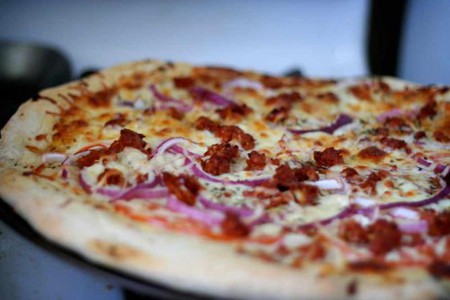 White pizza | © Ginny/Flickr
The seasonal menu of Savoy located in Hotel Aristo is full of locally sourced produce from Podlasie and is ever-changing at this Białystok restaurant. The chef does not forget about the historical flavors of the region with kiliński, dumplings with crayfish, soup Lvov and beef cheeks, combining traditional Polish flavors with an innovative interpretation. The chef frames the dishes in a modern edge inspired by molecular cuisine. The luxurious interior of marble floors and black, cream, and gold color palate of the restaurant mirrors the immaculate combination of flavors in both traditional and modern dishes. With dishes such as pierogi with venison and salmon baked in pistachios, the artistry of the food’s presentation along with the chef’s flavor pairings will impress any foodie. They also serve budget-friendly breakfast, either as a buffet or à la carte.
Open In Google Maps
15 Jana Kilińskiego, Centrum Białystok, Podlaskie, 15-001, Poland
+48857408981
Visit Website
Give us feedback

Restaurant, Sushi, Seafood, $$$
Facebook
Email
Twitter
Pinterest
Copy link
Share
Map View
Sushi is becoming a very popular staple food in Poland with restaurants sprouting in all major cities, and rightfully so because Poland has access to wonderfully fresh seafood. If you are hesitant about the idea of sushi from a eastern European country, don’t be, as this place is not only a favorite of locals but also of out-of-towners. Try it, and at least you will have one thing to cross off the bucket list. Tanoshii offers not only beautifully crafted plates of sushi but but also offers ‘body’ sushi, served from the bodies of live models, to events; think Samantha from the Sex and the Citymovie but with a less dramatic ending. The modern and sleek décor of the restaurant mimics the presentation of the sushi, often served on little wooden bridges. Check their calendar for unusual events such as Dzień Czekolady (Chocolate Day), where guests can try things like Chocolate Ura Maki, a combination of sushi and chocolate, where the restaurant shows its guests that sushi can not only be tasty and beautiful but surprising as well. It’s no secret that Poles are chocolate lovers with things such as Ptasie Mleczko, Mieszanka Wedlowska, Pawełek, and Wedel chocolate being the staple of every Polish home (and every birthday, house warming, and holiday gift). Tanoshii also hosts Noc Sushi w Białymstoku (Night of Sushi in Białystok), which includes an all-you-can-eat sushi buffet.
Open In Google Maps
1 Lipowa, Centrum Białystok, Podlaskie, 15-441, Poland
+48783445464
Visit Website
Give us feedback
Give us feedback