The Top 10 Chefs You Should Know About From Poland 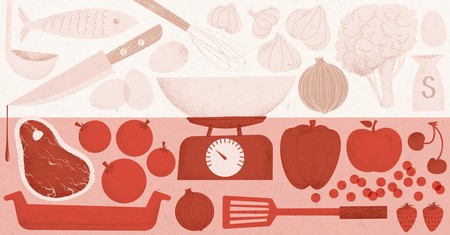 Ask any native Polish individual and they’ll tell you fine-dining is really on the up in cities like Warsaw, Krakow, Poznan and Gdansk, with more and more Michelin stars and culinary accolades flooding into their restaurants every year. Of course, that means there’s got to be some darn good cooks too, which is why we’ve put together this list of the top Polish chefs that every foodie should know.

Combining the culinary experiences of her life-long travels with the creative flair of the fine arts (which Gessler studied in Madrid) and a real love for earthy Slavic foods, Magdalena Gessler is arguably the most high-profile Polish chef currently working in the industry today. She’s the brains behind legendary restaurants like Zielnik Café in Warsaw and U Fukiera, a sensory overload, where salted herring intermingles with blood-red borsch and sprawling platters of traditional pierogi dumplings. You may also catch her on television, presenting the Polish version of Kitchen Nightmares.

Taking us way back to the early decades of the 20th century is the legendary Polish restaurateur, entrepreneur and all-round foodie, Franciszek Trześniewski. Today, the name is perhaps far better known in Austria, where his eponymous sandwich delis and food halls still tick over to the chatter of Viennese locals. That’s where Trześniewski was back in 1902, when the city of Krakow was under the yoke of the Austrian partition, making innovations in the way rye breads were filled, cut and served, and adding a healthy dash of Polish vodka to the mix. Apparently Vienna’s locals still struggle to pronounce the man’s name.

Apparently, there’s little cause for chef Wojciech Modest Amaro to live up to the virtues of his middle-name and perhaps one-time epithet, because he now enjoys a place as one of the most celebrated and accomplished fine-dining chefs in all of Poland. Recently, his stripped-down, grass-roots take on his national kitchen was outlined in his book, The Nature of Polish Cuisine, for which Wojciech garnered ringing endorsements from double Michelin star holder Rene Redzepi of none other than Noma fame! As of 2013, Amaro also proudly touts his own Michelin trophy—awarded for the achievements of his Warsaw slow food restaurant, Atelier.

If you’ve ever flown on Polish national airline, LOT, then the chances are you’ll have the name ‘Robert Sowa’ hidden somewhere deep in your memory. This Krakow native once curated the a la carte offering for the flag carrier, as well as cooking for the national football team, doing stints on morning breakfast shows and organising oodles of summertime cooking workshops too. Now however, Sowa has set up shop in the Polish capital, between the international consulates and banker buildings of cool Mokotów district, where he offers up a medley of his trademark, creative Mediterranean fare, deer carpaccio; marinated saddle of roe; sous-vide octopus with scallops.

An illustrious set of former engagements is what makes Robert Trzópek unquestionably one of the most talked-about Polish chefs working today. Aside from stints in two Michelin starred Belmond Le Manoir aux Quat’Saisons of Oxford, he has also clocked up hours working in the kitchens of acclaimed Danish restaurant, Noma, whose penchant for foraged foodstuffs, focus on super fresh, natural and seasonal goods, and unexpected juxtapositions of flavours certainly shines through in Trzópek’s dishes. He is also the only Polish chef to have worked under acclaimed culinary master, Ferran Adrià, behind the scenes at legendary elBulli of the Costa Brava.

Famed as a protégée of low-heat, sous-vide cooking and dedicated to creating the most unique balances of flavours from fresh, seasonal, yet everyday ingredients, Rafał Hreczaniuk is the current brains behind the eclectic tasting menu of Warsaw’s Tamka 43. This is where Jerusalem artichokes sit dressed in potato foam and hazelnut parfait mingles with chocolate oil. Hreczaniuk also has one seriously formidable curriculum vitae at his back, boasting former association with Wojciech Modest Amaro, stints in Alexander and Le Palais Du Jardin of Poznan, and engagements in the kitchens of Dublin restaurant, Chapter One, of Michelin star fame.

A founding member of the prestigious Chefs’ Club Foundation (which strives to promote, refine and push the boundaries of contemporary Polish cuisine) and the frontman of TVP’s Kuchnia z Okrasą (Cooking with Okrasa) and Smaki czasu z Karolem Okrasą (Tastes of Time with Karol Okrasa), Karol Okrasa and the overtly artistic creations that burst forth from his namesake restaurant have made some serious waves on the Polish culinary scene in the last decade. The overarching philosophy is that food should stimulate senses in abundance, from taste to smell and sight, balancing flavours with exquisite plate designs and aesthetic pleasures.

Adam Chrząstowski is one of the old breed of Polish chefs, who cut his teeth working with the likes of Kurt Scheller in Warsaw’s acclaimed Hotel Bristol during the 1990s. He also has a formidable wealth of global experience at his back, boasting culinary expeditions to Switzerland and Shanghai no less. With that in mind, it’s hardly surprising that a seriously eclectic set of tastes and flavours now graces his repertoire, with marinated salmon steaks in capers, Polish blood sausage, New York meat cuts, wild boar loins and crème brûlée all rubbing shoulders on the al la carte of his current gastronomic home, Ed Red, in Krakow. 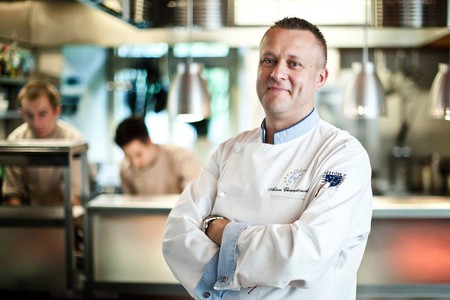 Agata Wojda is perhaps best known as the brains behind Warsaw’s much loved Opasły Tom bistro, café, bookshop, which sits nestled between the post-war facades on Foksal Street on the west side of the Vistula River. There, she continues to offer up a range of traditional Polish treats, all cooked with a real eye for the pure and earthy culinary methods of the old Slavic land, and served in an historic setting where the specters of the capital’s bohemians still linger in the alcoves. Expect the likes of creamy pumpkin soup, boar ragu, sea bass and honey roasted duck.

Known in the Tri-City for his Thursday night live cooking sessions, where guests come along to see the culinary master himself at work in an open kitchen, Jarek Walczyk heads up the Walczyk Smaków restaurant in Gdynia (which has been hailed as one of the finest restaurants in the entire region). His style is at once traditional and innovative, fusing the finest local ingredients and seasonal Polish foodstuffs with cutting-edge culinary techniques and methods. Patrons of the chef can expect plenty of Baltic fish cuts, plenty of Polish meat, and a real flair for stylish presentation.