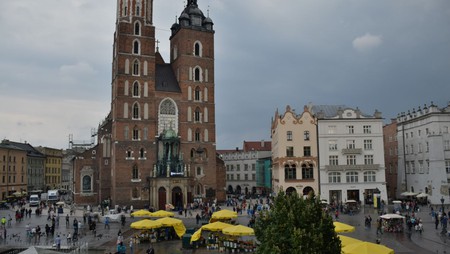 With everything from hearty Polish country kitchens to refined degustation joints to spice-scented Indian cookeries, this list covers all of the culinary greats in the Krakow Old Town. Enjoy…

Chimera offers something of a more casual dining experience than many of the other more refined choices on this list. Hidden down its own little alley just off the Main Market Square, it’s a low-key buffet-style joint that specialises in hearty, healthy plates of homemade food. Patrons opt for one of three portion sizes and choose from a range of creative salads and veggie mains. There’s also plenty of craft beer from the region on offer, along with some vitamin-packed smoothies – just in case you’re still nursing that hangover…

It’s a Francophone celebration of quail confit, foie gras, Cognac-topped lobster, monkfish and mussels and more in the refined and elegant Cyrano de Bergerac. Located in a charming medieval building on the northern edge of the Krakow Old Town, the restaurant is known for its meticulous mastery of the classic French kitchen. That, of course, also means there are also plenty of excellent wines to sample between the redbrick cellar spaces and opulent eating halls.

Carved timber pillars and the effigies of Tatra mountain men await at the entranceway to Morskie Oko; a restaurant that garners a lot of praise for its unashamed focus on the hearty, homey foods of Lesser Poland. Located on bustling Plac Szczepanski, the joint froths with the aromas of sizzling pork joints and folded pierogi dumplings. Diners occupy tables on the square by summer, while wintertime is the province of bubbling soups in the cosy, pine-clad interior.

A favourite amongst Krakow’s younger, boho crowd, the open-air eatery of Bunkier Sztuki wouldn’t look at all out of place if it upped sticks and moved down to the riverbanks of Kazimierz district (the city’s hipster hub). Still, there’s something truly enviable about its location on the edge of the leafy Planty Park, where the people-watching (and dog spotting) is set to 11. The menu? Think Middle Eastern falafel plates, hummus sharing platters and veggie-friendly halloumi burgers.

If you like your pizzas crispy à la Romana, and you love your red wine full-bodied and Tuscan to the core, there’s perhaps no better eatery in the entire Krakow Old Town than Restauracja Boscaiola. Done out to mimic the rustic trattorias of The Boot, it’s packed with old bottle cases and flickering candles. Don’t worry if it looks like too many people are enjoying the tagliatelle and meat sides of the menu when you first glance inside; the seating spreads to the underground cellar, which is particularly atmospheric in the winter. 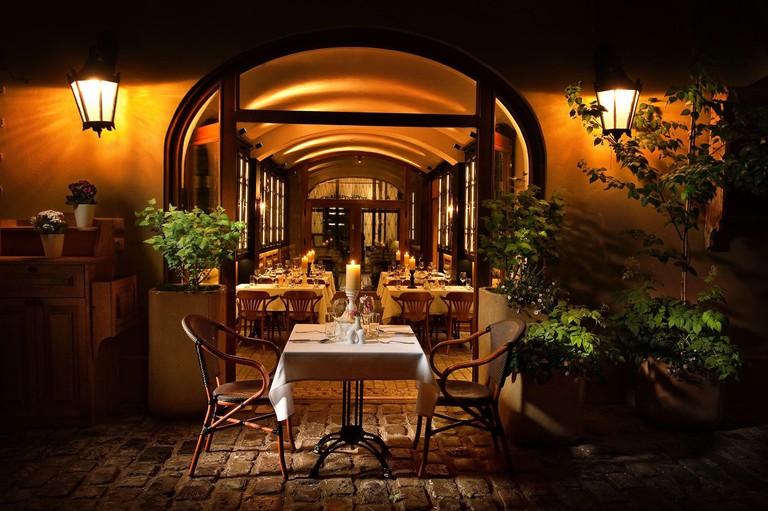 Taking the form of a hearty Polish country kitchen, Kogel Mogel touts maybe the finest Slavic cuisine in the entire city. The menu is packed with goose legs and guinea fowl, aged tenderloins and bubbling broths (yep, it’s not the best for vegetarians), while a couple of ubiquitous regional staples also make an appearance: Zurek soup; pierogi dumplings; blood-red barszcz. Meanwhile, the atmosphere is uber-romantic, with just a small al fresco space for couples that’s open in the summertime. 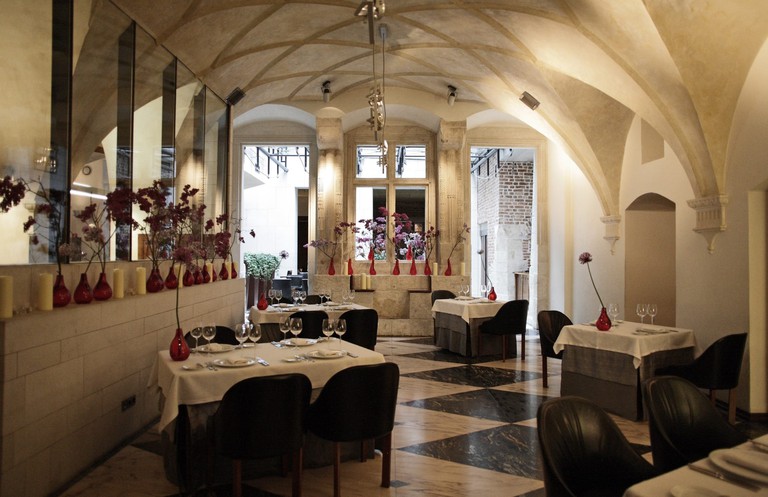 Just one glance at the exposed brick vaults and candle-topped tables of Trzy Rybki should be enough to signal that this refined little restaurant on Szczepanski is all about style and quality. A recommendation of the Michelin Guide, the kitchen here serves up creative European dishes in the ilk of tempura oysters and liquorice-infused deer lions. That’s all bolstered by one truly excellent wine card that’s got its own offering of quality Moët champagne for good measure – no wonder it’s joined to the exclusive Stary Hotel! 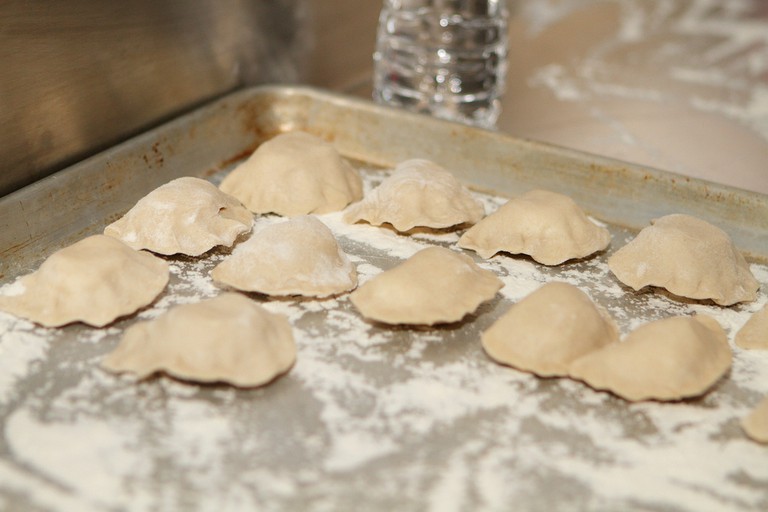 U Pani Stasi is never going to live up to the style and quality of many of the fine-dining joints on this list, but it’s certainly worth a mention for its mastery of the age-old Polish art of dumpling making. Yep, this tiny, stripped-down, Communist-esque joint just off the cobbles of the Small Market Square is perhaps the best place to go and try traditional plates of pierogi. Ruski (potato and cream cheese) flavour is the most popular, but be warned: the kitchen often runs out by early afternoon! 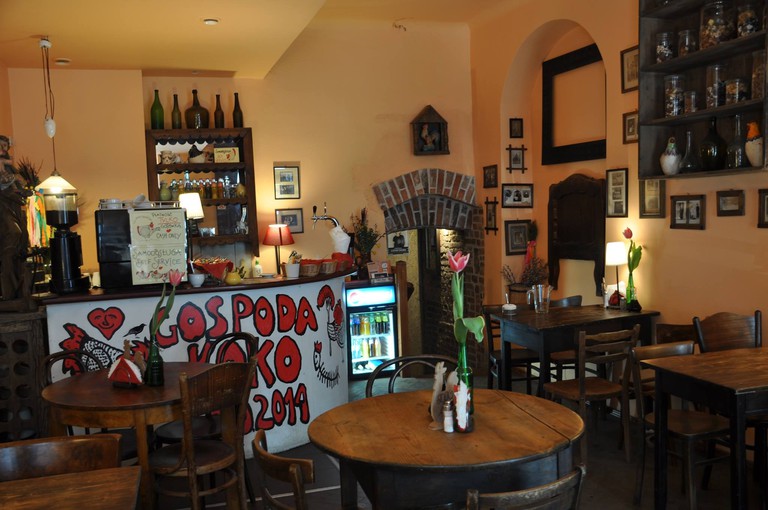 After recent expansions (due, no doubt, to the booming demand), it can seem as though the subterranean dining rooms of Gospoda Koko are never going to end. Don’t worry though, they do, and eventually you’ll discover the tiny little bar where it’s possible to order from the makeshift paper menu. Expect filling, hearty eastern European dishes; often of the meat and veg variety, but also interspersed with the occasional Polish dumpling and boiling broth. The best part is surely the price tag though: uber-cheap! 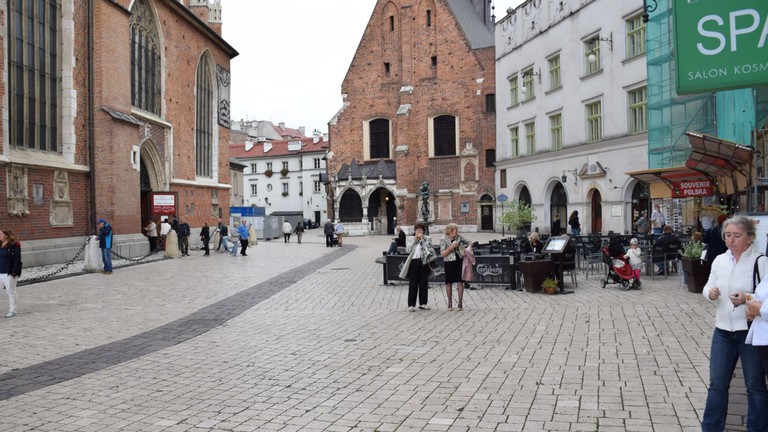 There’s an argument to be had that India Masala is the single best curry house in Krakow. Touting a menu packed with paneer fries and Balti dishes, garlic naan and all your usual Anglo-Indian mashups, it’s perfect for that fix of cumin and ginger while out and about in eastern Europe. However, it’s perhaps the location that really makes this joint – it spills out onto the cobbles of the Small Market Square, boasting views of Saint Mary’s Church and excellent outdoor seating in the summer.