How to Spend 48 Hours in Krakow

With only two days in the self-proclaimed Polish capital of culture, you’re going to need to work hard to pack in all those Gothic relics, medieval churches and enthralling castles. And that’s not even mentioning the wealth of boho cafes and cool restaurants, the pretty parks and – of course – the wild nightlife. Perhaps an itinerary will help…

9am: Breakfast in Cafe Camelot

With their fluffy scrambled eggs and frothy coffees, the breakfasts at Cafe Camelot are hailed as some of the best in the city. The cosy, interior is usually awash with chatting locals and flickering candles, and the joint itself sits right in the heart of the charming Old Town area – the perfect place to start your two-day trip!

Join the acclaimed Free Walking Tour group that meets in front of the twin spires of St Mary’s Basilica each morning. Offering a two-hour intro to the ins and outs of Krakow’s history, Polish culture, and the rich legends that surround the founding of the town, it’s the best way to unravel the fascinating stories that coalesce here. 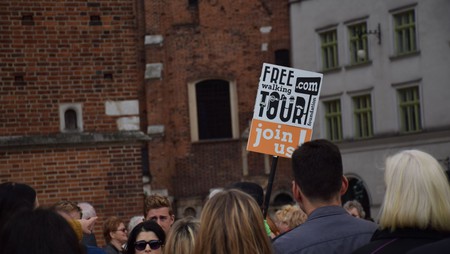 12am: Stroll the Vistula

As the Free Walking Tour ends under the gaze of the great Wawel Castle (more on that tomorrow), this is the perfect opportunity to stroll along the meanders of the Vistula River. In summer, you’ll find souvenir markets and bobbing boats serving beers all along the edge of the water, while wintertime promises great ice sheets and a dusting of snow on the trees.

For lunch, make a quick trip to the cosy hummus joint that is Hummus Amamamusi. This quirky place serves blobs of the Middle Eastern dip with platters of dipping breads, oils and raw veg. It is usually packed with locals eager to chat, and a large resident Irish setter for good measure! 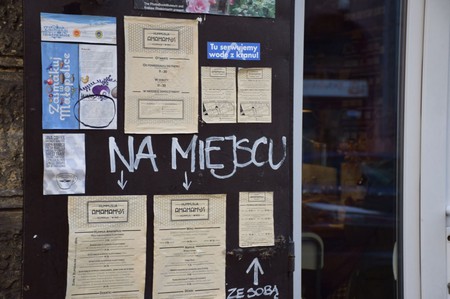 The afternoon of day one starts with a jaunt across the river to the district of Podgorze. This is where the old factory of Oskar Schindler sits nestled between the other industrial depots. It’s now a fascinating museum dedicated to the history of Krakow and the horrors of WWII – it’s not to be missed!

Sat right next door to the entrance of Schindler’s Factory, this boho coffee joint occupies its own post-industrial space. Settle in for some locally-roasted brews and a medley of healthy snacks before you head back to the main town. 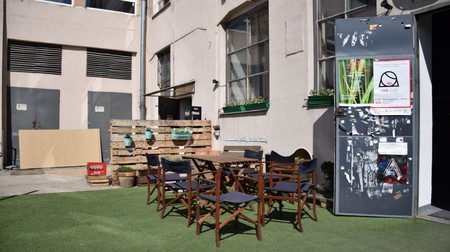 Ride tram 50 all the way back to the main train station and make the 10 minute walk back into the heart of the Old Town. Head to the Market Square and wander around the vast cobbled spaces, which come alive in the summer evenings with Spanish guitar players, beatboxers, break dancers, street entertainers and more.

Hidden below the surface of the Market Square, this highly acclaimed museum tends to be a tad less busy in the evening. It’s open until 8pm, which should leave enough time to explore the excavated medieval market stalls and learn about the 700-year-old history of Krakow’s UNESCO-attested centre.

Offering steaming platters of traditional pierogi dumplings and smoky blood sausages fresh from the charcoal grill, sheep’s cheeses sourced from the Tatra pastures to hearty broths of Zurek soup, the timber-clad tavern of Morskie Oko is the place to go for your fix of Polish regional cuisine.

If there’s still room after those sprawling platters of Polish cold cuts and eastern European dumplings, then there’s no better way to end a night in Krakow than with a bout of local vodka tasting. The best spot might just be Wodka bar across the Main Square, which packs in everything from raspberry shots to potent bison-grass vodka in its arsenal.

9am: Breakfast in Milkbar Tomasza

For an experience of the new breed of cool and quirky Polish milk bars, be sure to hit Milkbar Tomasza in the morning. Cheap and cheerful, the menu boasts some hearty things to start the day, good coffee, and even a rare full English option!

10am: A walk around the Planty

Head just down the road from the milk bar to join the pathways of the Planty Park. This ring of greenery runs all the way around the circumference of the Old Town, offering awesome dog spotting, people watching and the occasional babbling fountain to look at. 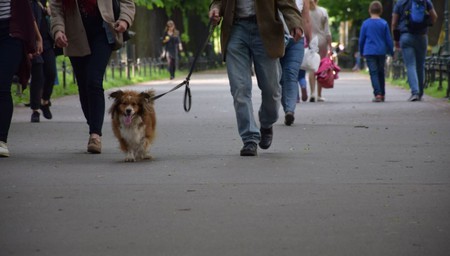 Dog in the Planty Park | © LiveKrakow.com

11am: Explore the Wawel Castle

A stroll around the Planty Park will inevitably end at the base of the mighty Wawel Castle, which towers atop its own hill on the south side of the Old Town. Head up and under the great redbrick gateways and delve into the court rooms here to learn all about the Polish kings of old. Alternatively, you could opt to climb the Wawel Cathedral tower for awesome views and interesting crypts. 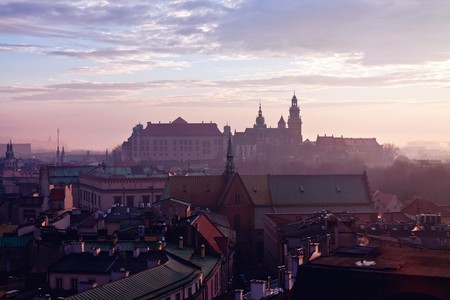 1pm: Lunch with a view in Pod Wawelem

It’s not far from the castle to the rooftop restaurant of the Pod Wawelem hotel. A popular spot that fuses the flavors of the Caribbean, the Med and traditional Polish kitchens into its interesting lunch menu, the real piece de resistance of the place is the view. Looking out southwards to encompass the great Wawel in the foreground and – on a clear day – even the snow-topped peaks of the Tatra Mountains on the horizon.

Day two’s afternoon promises an exploration of Krakow’s other most famous neighbourhood: the Jewish Quarter of Kazimierz. Join up with the Free Walking Tour here to learn all about the synagogues and wartime stories, and to wander the blocks of crumbling tenements with a little direction. 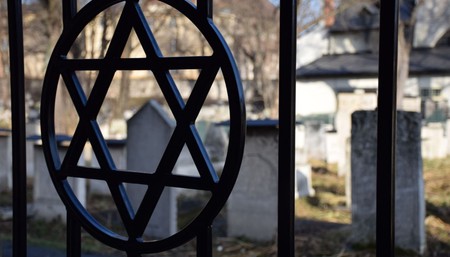 Stop off in Cheder Café in the heart of Kazimierz to sample cardamom-infused Lebanese coffees and gritty Turkish coffees in a cosy corner. Levantine music usually echoes from the speakers, and there are plenty of reference books on Jewish culture to dip in and out of. 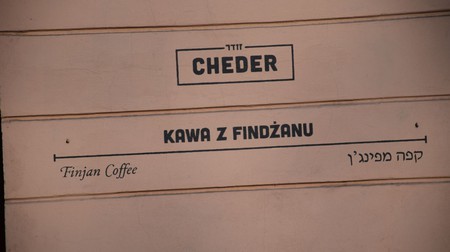 To sample the cream of Krakow’s craft beer scene, there’s perhaps nowhere better than the little Tea Time Brew Pub. Boasting an enviable location on the side of the Vistula River, its taps gush with local ales, Polish craft and even the occasional cider.

6pm: Mezze in Hummus and Happiness

Head back into Kazimierz district and compete for a table at the much-loved Levantine and Middle Eastern mezze restaurant that is Hamsa. With a motto that reads Hummus and Happiness, this enticing joint serves up oodles of falafel and za’atar, jibneh cheeses and floury flatbreads. It’s the perfect spot for some social eating! 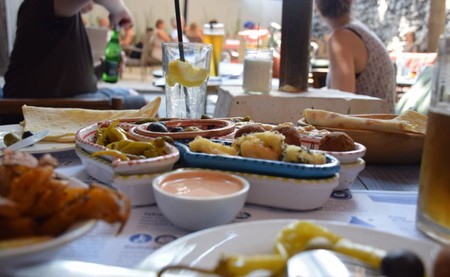 9pm: Hit the Krawl Through Krakow

To tail off that weekend in Krakow, it’s got to be a bout of wild hedonism a la the city’s Old Town district. Famed for its sheer wealth of different pubs, clubs, vodka joints and partying holes, it might be best to let the in-the-know folk of the Krakow pub crawl lead this one for you – think loads of other travelers, free shots, great conversation and more. Be at the statue at nine!

Our guide, Holly, is always making special treats for you guys!! Want us to make something special for when you join us just send us a message 🎉🎉🎉 #pubcrawl #krawlthroughkrakow #krakow #poland #pubkrawl #jellyshots #vodka