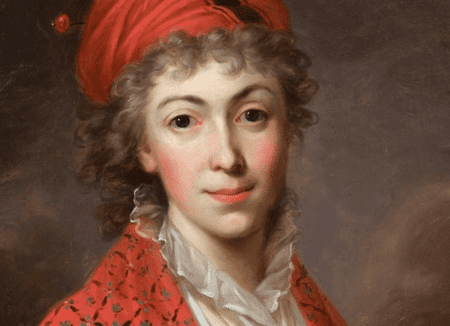 Poland’s history is full of fascinating women. One of the most influential figures of the eighteenth century, Princess Izabela Czartoryska was a politician, writer and art collector, who founded the first museum in Poland. Her contribution to Polish art and culture was outstanding – read on to learn more about her remarkable life.

Born in 1746, Izabela Fleming married into the immensely powerful Czartoryski family at the age of 15. Her childhood education was limited, but she expanded her learning to an impressive degree and wrote and published poems, stories, travel diaries and even gardening guides throughout her life. Alongside her husband, Prince Adam Kazimierz Czartoryski, she travelled through Europe (sometimes disguised in men’s clothing), visited Jean-Jacques Rousseau, and met one of the Founding Fathers of the United States, Benjamin Franklin. 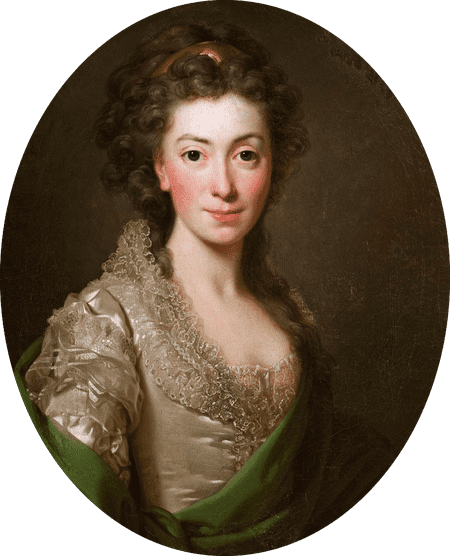 At home, she was a beguiling and charismatic lady at the very centre of aristocratic social life. She had a colourful personal life, too – throughout their marriage both she and her husband had numerous love affairs. Prince Adam Kazimierz was remarkably tolerant of her liaisons. In fact, he reportedly drove Izabela to her lover’s palace before visiting his own mistress! 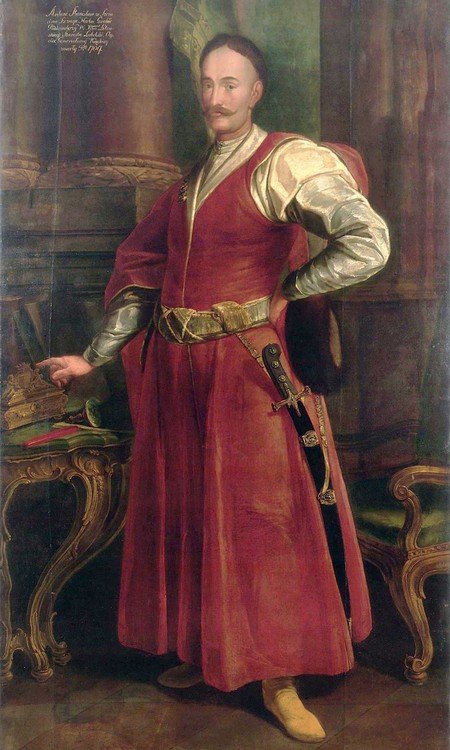 The eighteenth century was a tumultuous period in Polish history, as the Polish-Lithuanian Commonwealth went from being one of the larger European states to being partitioned between Prussia, Russia, and Austria, and ceasing to exist on the map by 1794. Princess Izabela was consumed by the fate of her country; she played an active role in politics and was a member of the Patriotic party. Her court at the Czartoryski Palace at Puławy became one of the most important intellectual and political meeting places of the period.

One of the many ways in which Czartoryska exercised political power was through fashion, by popularising traditional Polish dress among the nobility. This consisted of an unusual shaved hairstyle and a long robe called a kontush (pictured). This style had been worn during Poland’s ‘golden age’ in the sixteenth century and had long gone out of fashion in the eighteenth century. But as Poland lost its power, this costume became a political symbol of strength, pride and knightly virtue. The princess encouraged her son to appear in parliament dressed in the kontush and even held parties at her palace where she personally shaved men’s hair to the sound of beating drums! 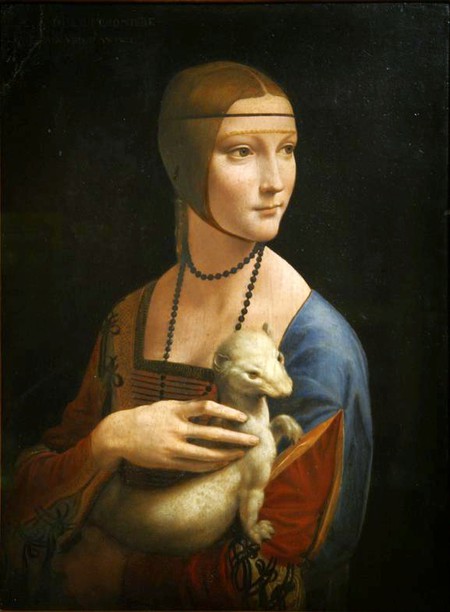 A keen traveller and collector of art, Princess Izabela created the first Polish museum at her palace in Krakow, with the intention of preserving Polish history and culture. Her ‘Temple of Memory’ housed a variety of treasures from both Polish and global history, including chairs belonging to William Shakespeare and Jean-Jacques Rousseau, Isaac Newton’s death mask and the relics of Abelard and Héloïse. In 1788 her son, Prince Adam Jerzy Czartoryski, added Leonardo da Vinci’s famous portrait, The Lady with an Ermine, to the collection as a present to his mother.

Her passion for collecting historical artefacts amused some of her contemporaries. A memoirist of the period noted that when the body of the seventeenth-century Polish king Jan III Sobieski was brought out during a celebration, it was incredibly well-preserved aside from one whisker, which the princess had reportedly snipped off to showcase in her museum!

In 1831, the failed November Uprising forced the Czartoryski family to leave their home and museum. But before departing, the Princess hid its treasures, and the collection spent the next century or so moving in and out of Poland before finally settling in Krakow where you can still see much of it today.

The Czartoryski Museum is currently being renovated until 2019, but you can see some of Izabela’s objects, including da Vinci’s painting, at the National Museum of Krakow.