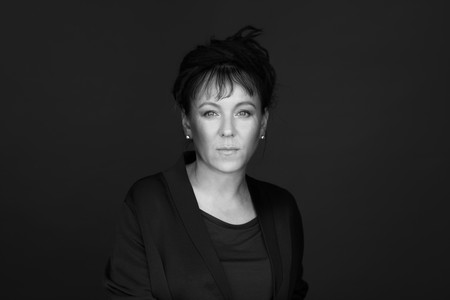 Olga Tokarczuk, the most acclaimed Polish writer of her generation, had her thirteenth novel Flights published in English for the first time this month, courtesy of a translation by Jennifer Croft. Winner of the prestigious Nike Literary Award in 2008, the work is, as our reviewer finds out, unique in both scope and bearing. 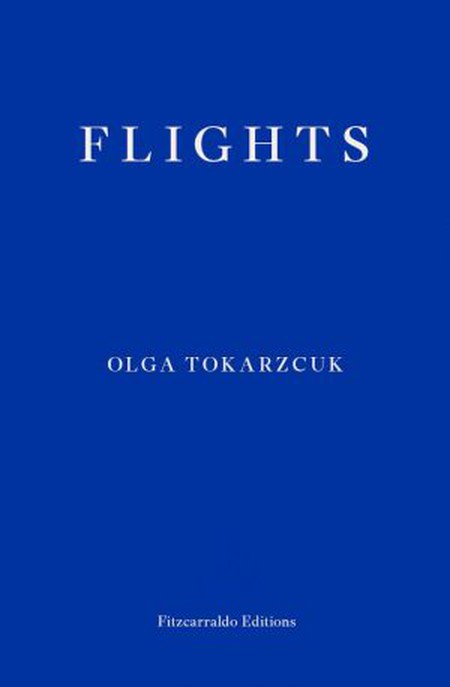 Flights is a reading experience like no other—it’s a life in book form, where people and ideas come and go, leaving you, the traveller, to forge on alone, learning what you can. It is a novel built from the fragments and snatches of many lives, one that meanders down rivers, leaps across continents, peers into minds nourished by cultures and centuries that are worlds apart. Some chapters are no more than a line in length and some go on for pages, becoming short stories within the story that at times feel as if they could take over the narrative for good.

The title, sometimes translated as ‘Runners’, has many meanings: there are flights to and from (in aeroplanes and on foot); the flight from death; life as flight. The novel also plays with expectations—light and dark, for example, become synonymous with truth and falsehood, just not in the pairings you would expect. There is an Eliotian quality to it all, especially in the way she describes time: “sedentary peoples, farmers, prefer the pleasures of circular time, in which every object and event must return to its own beginning […] But nomads and merchants, as they set off on journeys, had to think up a different type of time for themselves […] That time is linear time […] Every moment is unique; no moment can ever be repeated.”

At its opening, a small child sits on a window sill surrounded by toys. She has been left by her classmates, their parents and the teachers, but she can hear them not far away. The note is one of scientific curiosity with occasional waves of fear: “It’s dark in the house, and the air in the room slowly cools, dims. There’s no one else here; they’ve left, they’re gone.” And it’s unnerving for the reader, too—this small narrator sees the world clearly and expresses it as an adult might, though an adult would never be so unrestrained by self-consciousness: “And all of a sudden I know: there’s nothing anyone can do now, here I am.”

The book is a series of introductions to different characters, many of whom we never meet again: Eryk, a ferry captain who drives his boat off course and out to sea; Doctor Blau, a university professor who charms his female students into letting him photograph their vaginas; a young mother, Annushka, who runs away from her life and starts afresh on the Moscow underground, unable to cope with caring for her severely disabled son any longer.

Others do reappear over the course of the novel: Kunicki, a man who goes on holiday to a tiny island in Croatia with his wife and child, only for them to disappear. Later, we learn (with an embarrassed disappointment at our need for stories where things go wrong) that everything turned out fine, they reappeared. No drama here—or is there? Kunicki’s life slowly breaks apart as he struggles to understand what happened, why they went and came back with no explanation. Then there’s Josefine, the daughter of an eighteenth-century slave who was freed by the Prince of Lichtenstein’s wife and became a member of the Austrian Court. In death her father went on to suffer once more, as he was stuffed and put on display for all to see. Josefine asks, begs and implores Francis I of Austria for the return of her father’s body so that her newly-born child may not discover man’s cruelty.

If these chapters are studies of mental lives, others are more concerned with our physical nature. Their characters seek to preserve bodies as writing preserves the inner life: there’s Flemish anatomist Philip Verheyen, who dissected his own amputated leg and discovered the Achilles tendon; Chopin, whose dying wish was for his heart to be returned to his homeland, Poland (his sister transported it, preserved in a jar and concealed under her dress); Frederik Ruysch, an anatomist whose personal collection contains “hundreds of specimens enclosed in glass jars […] a panopticon of the human imagination broken down into component parts.” This last image represents the novel as a whole, while the clinical fascination with body parts is a stern reminder that we are only animals, moving inexorably toward the same end.

But is it trying a bit too hard to be clever? At times, yes—mostly in the very short chapters narrated by Tokarczuk herself, which philosophise on the minutiae of our twenty-first century world. Musings on miniature travel cosmetics and night trains feel trite and unoriginal; others (what if whales wash up on beaches intentionally, in a sort of suicide attempt? what is the relationship between desire and destination?) are interesting, but feel true to the idea of writing an impressionistic, magpie-like novel rather than the essence of it. And there are flashes of writing which don’t flow as they should: repetitions that jar rather than creating any sense of rhythm, one too many typos to be ignored.

For all that, much of Tokarczuk’s philosophy—on sex, death, time, travel—is deeply embedded in the longer stories, and at these points it works. One particularly memorable outpouring comes from a mad woman, who is also a kind of visionary, that Annushka, the mother of the disabled child, sees every day in Moscow: “What they want is to pin down the world with the aid of barcodes, labelling all things, letting it be known that everything is a commodity. […] Move. Get going. Blessed is he who leaves.” It’s a call to all of us not to let the world define us.

Tokarczuk said in a recent interview in The Bookseller that her native Poland doesn’t have the same narrative literary tradition of the UK and US since “we’ve always felt we can never trust history. We can’t even trust geography: our borders have been fluid, impermanent. So our fiction is not based on story or plot—on order—but it’s more impressionistic, more abstract.” Flights is exactly that. By no means a conventional novel, its form is unclassifiable. But that seems unimportant. All of life, all suffering, is in this book—and it is without pity. Tokarczuk forces us to look at ourselves, at the ways in which single and collective minds can do the unpredictable and the obvious, boxing themselves in as if there were no possible alternative course of action. It’s frightening, but also reassuring: we are all only human.