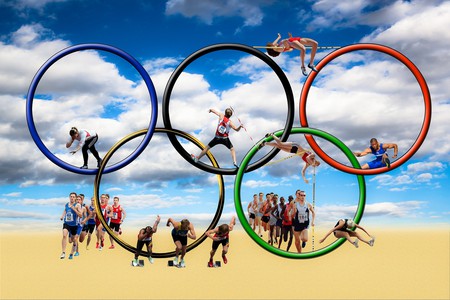 Poland has had a team competing in the Olympics since 1924. In that time, Polish athletes have won a total of 304 medals (74 gold, 90 silver and 140 bronze; 284 Summer Olympic medals and 20 Winter Olympic medals). Poland is in the top twenty countries in the world for medal tally and it is the third most successful country (after Hungary and Romania) of those nations that have never hosted the Olympics. Poland has been most successful in football and volleyball, winning gold medals in both. Weightlifting also features strongly with Poland having won 34 medals, including six golds. Here are 7 of Poland’s unsung Olympic heroes that may not be so well-known outside Poland. 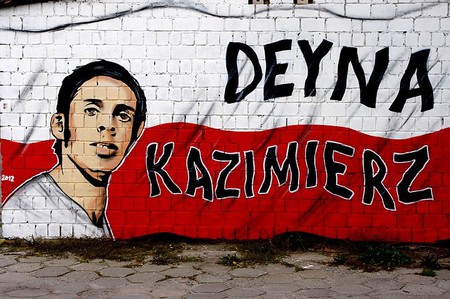 Manchester City and Legia Warsaw will never forget ‘Kaka’, ‘Kazik’ or ‘Legendeyna’. Kazimierz Deyna is one of the best footballers that came from Poland. He was a key part of Poland’s World Cup success in the 1970s, when they finished third in 1974 (and actually had a better record than the West Germany winners and the Netherlands runners up). In 1978, they lost to Argentina, who eventual won.

It was in the Olympics where Kazimierz Deyna really took main stage, not only leading Poland to the gold medal in 1972 and the silver medal in 1976, but playing the best football game in the competition. In 1972, Deyna fired in nine goals and was the top scorer in the tournament. This included both goals in the final, when Poland came back from 1-0 down to beat Hungary 2-1 and clinch the goal medal. Two statues are dedicated to him in Poland – one at the Legia Warszawa stadium, and the other at the Starogard Gdański stadium. 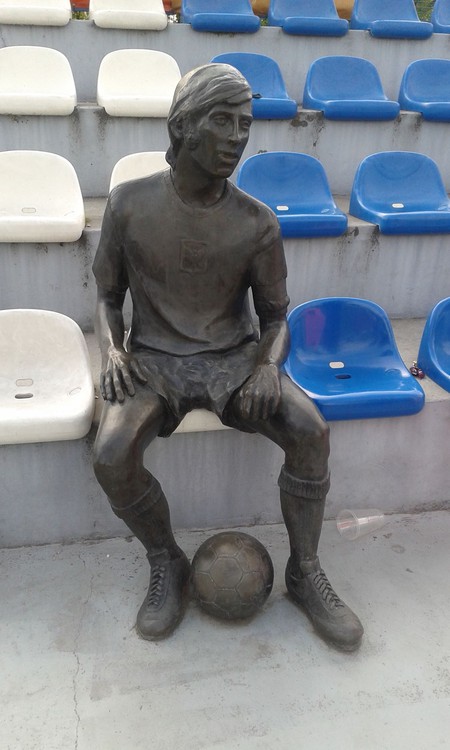 Justyna Kowalczyk is a Polish cross country skier from Limanowa, who has won two gold medals, one silver medal and two bronze medals since her Olympic debut in 2000. Kowalczyk is also a double-time world champion. She is the only skier to have won the Tour de Ski four times consecutively. She is also one of only two female skiers to win the FIS Cross-Country World Cup three times in a row. Justyna holds the all-time record for the most wins in the Tour de Ski with 14 competitions won and 29 total podiums. 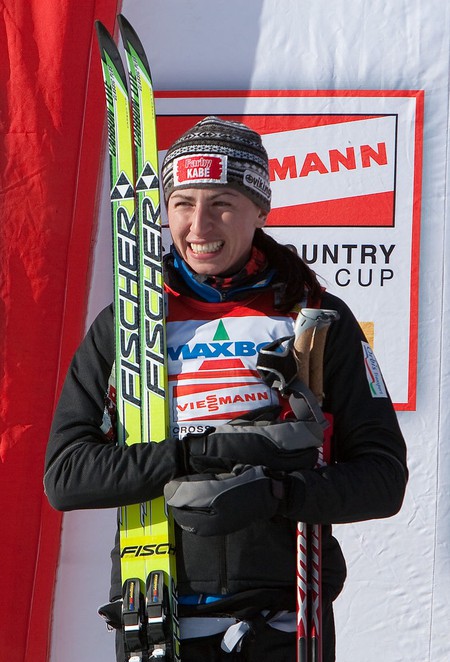 Robert Korzeniowski is a four time gold medal winner at the Summer Olympics competing in Athletics, mostly long distance walking. Korzeniowski has also won three gold medals at world championships and hails from Lubaczów. He comes from a sporting family, as his sister Sylwia Korzeniowska is also a professional athlete.

Korzeniowski won his world championship medals in 1997, 2001, and 2003, but his biggest achievement and claim to fame was becoming the first athlete to win both the long distance and the short distance medals at the 2000 Sydney Olympics. His other two Olympic golds came in 1996 (Atlanta) and 2004 (Athens). After retiring, Korzeniowski continued to work in the sporting profession, taking on roles within the International Olympic Committee. 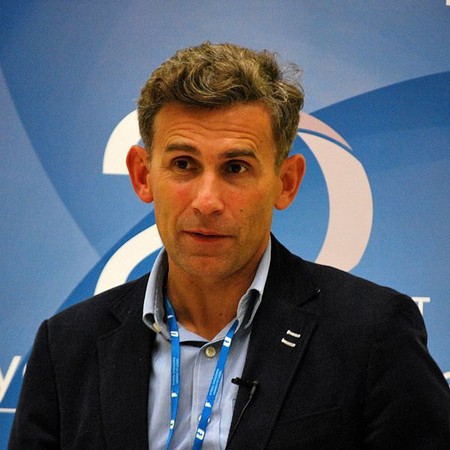 Irena Szewińska was actually born in Russia (St Petersburg), but is known for being one of the world’s best female athletes for nearly two decades, in multiple events. She represented Poland and her medal count is vast. She won three Olympic gold medals, two silver and two bronze. In her lengthy and decorated career, Szewińska also broke six world records and is the only athlete (male or female) to have held a world record in the 100 meter, 200 meter and 400 meter events. Aside from her Olympic triumphs, she won medals all over the world, including ten medals in European Championships and many more in Poland and Russia. Szewińska became the head of the Polish Federation of Athletics in 2004. 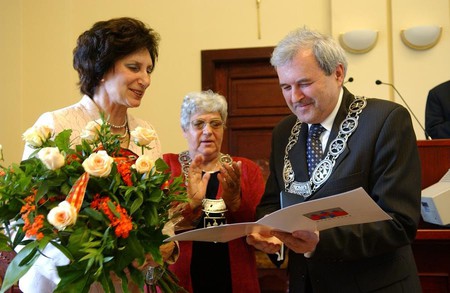 Put simply, Jerzy Pawłowski is a fencing hero not just recognized in Poland, but globally. Pawłowski broke the Hungarian winning streak with the Olympic Sabre gold medal at the 1968 Olympics in Mexico City. He was serving as a major in the Polish Army when he won the gold, becoming the first non-Hungarian in 48 years to win. Pawłowski’s medal spree stretched much further than this however, as he was present at six different Olympic games between 1952 and 1972. During this time, he won three silver medals and a bronze. In 1967 the International Fencing Federation named Pawłowski as the best fencer of all time. He died in January 2005 in his home city of Warsaw at the age of 72. 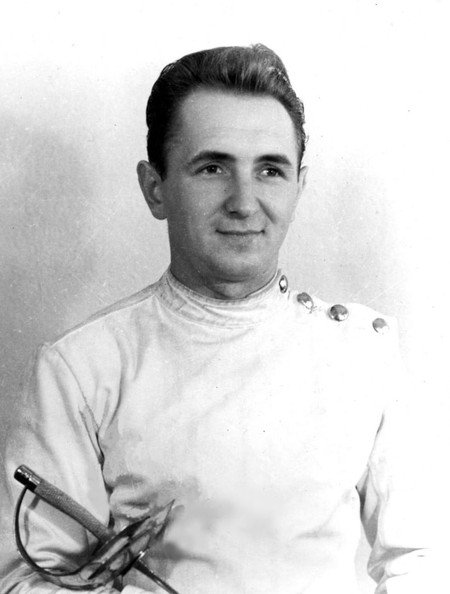 Włodzimierz ‘Włodek’ Lubański is the second footballer on the list, and he was not just an Olympic gold medal winner, but Poland’s all-time top goalscorer until recent hero, Robert Lewandowski, took that honour. Back in the 60s, 70s and 80s, Lubański netted 48 goals in 75 caps. His finest hour came at the 1972 Olympics, when he helped Poland win the gold medal. Lubański continued to be involved in football after his retirement, including filling a role as vice-chairman at Polonia Warszawa, one of only 16 teams to have won the Polish League title. Lubański has a star dedicated to him in the town of Władysławowo. 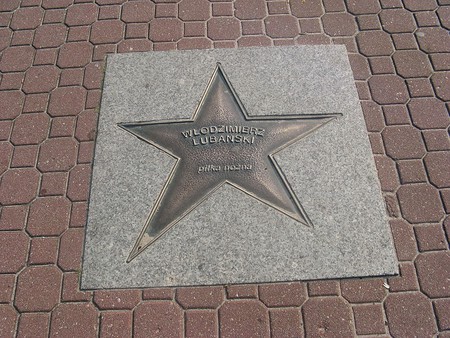 A ‘new kid on the block’, Oktawia Nowacka won an Olympic bronze medal in the Modern Pentathlon in the Rio 2016 games. Nowacka is one of the trendiest Polish medal winners and is highly active on social media sharing of her lifestyle with the world on her blog. She loves to travel, hike, eat healthy and keep fit, and you can follow her Instagram feed as she prepares for more tournaments.