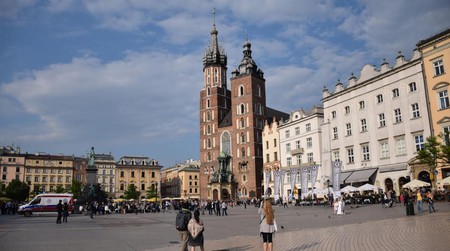 With everything from timber-clad chapels adorned with mystical Scandinavian runes to redbrick basilicas that tower over the cobbles of ancient Slavic cities, this list of Poland’s most beautiful churches is sure to get you reaching for the passport. Enjoy…

Towering high above the cobbles and cafes of the Main Market Square in the heart of the UNESCO-attested Krakow Old Town, St Mary’s Basilica is a veritable symbol of Poland’s southern cultural capital. First raised in the 1200s, the entire structure was rebuilt in later decades in the Gothic style, which oozes from each redbrick pore on its frontal towers and each filigreed spire. The church is steeped in myths and legends about Krakow itself, too – just wait for the trumpeter to appear each hour and herald the city’s tune. Inside, painted motifs and elegant stained-glass culminates with one priceless altar by Viet Stoss. 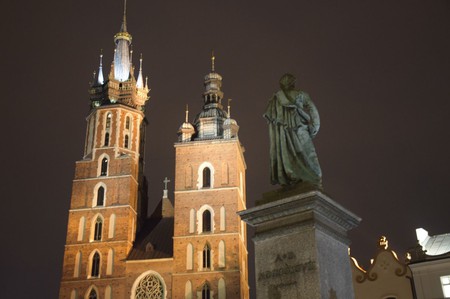 The jewel of Gniezno city, this grand basilica was once the epicenter of the religious orders of the country under the rule of the Piast Dynasty. Over its long, 1,000-year story, it’s seen countless coronations and even the foundation of the modern Polish state – by the king Mieszko I, way back in 966 AD. The building itself is a wonderful medley of styles, from the old Gothic to the Baroque, while it’s the gilded bronze doors depicting the martyrdom of St Adalbert that are the undisputed masterpiece. 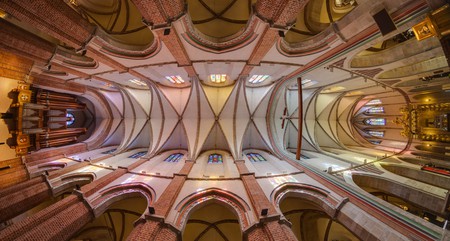 Standing tall atop the Wawel Hill on the edge of the winding Vistula River, this grand cathedral of gold-topped chapels and gilded green spires is visible from pretty much anywhere in Krakow. It’s home to some of Poland’s most totemic tombs. Yep, everyone from Casimir III to Sigismund III Vasa (kings of old), the revered national poet Adam Mickiewicz to the heroic marshal Jozef Pilsudski, are buried here. Inside, you’ll also get to wonder at some golden artworks from the Florentine Renaissance period, and even climb a soaring tower to overlook the city’s historic Old Town. 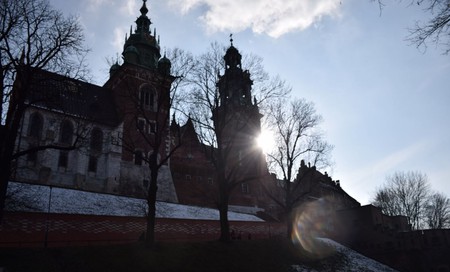 Some estimations make this colossal church, sitting above the Old Town of Gdansk, the largest Basilica made of brick on the planet. Whether true or not, the fact is it’s a truly impressive sight. It rises up from the middle of the city’s boho bars and cool cafes, topped with spiky turrets and bronze-tipped peaks. Work on the mighty building started in the 14th century, but it was later additions that brought the majestic stained-glass windows and the elaborate Baroque organ within. 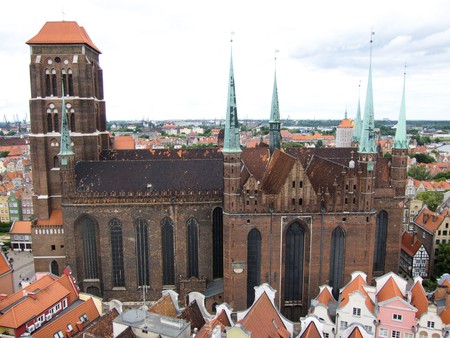 Officially known as the Basilica of the Visitation of Blessed Virgin Mary, this grand church in the heart of indelibly pious Wambierzyce was intended as the focal point of Lower Silesia’s premier pilgrimage destination. It was planned in the 1600s, and constructed to mimic the shrines of Jerusalem itself. Everything down to the minutiae of the outdoor staircases is loaded with Catholic symbolism, while the interior is packed with shimmering gold murals of Biblical scenes and one defiantly elaborate late-Baroque pulpit. 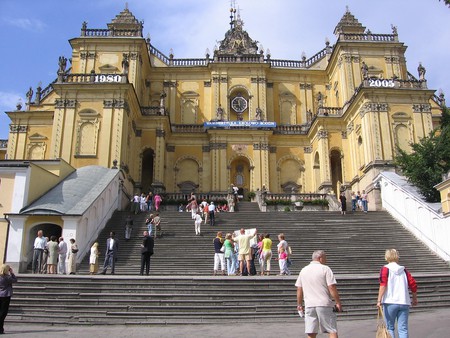 A sharp departure from the elaborate Baroque and Gothic basilicas that pepper most of Poland, the Wang Church (also written Vang) is one of the few remaining relics of the Norwegian school of stave architecture. In fact, the whole structure was moved from Scandinavia and re-erected in its current spot in mountain-shrouded Karpacz in 1842. It’s still got mysterious runic inscriptions that blur the boundaries between late Paganism and Christianity, not to mention enchanting dragon-shaped carvings jutting from the apses above. 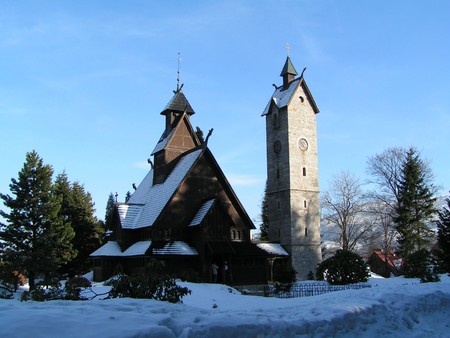 The Chapel of St Kinga, Wieliczka

No list of Poland’s most beautiful churches could fail to delve into the tunnels of the Wieliczka Mines and showcase perhaps the single most audacious shrine in the country: The Chapel of St Kinga. Carved entirely from salt rock, it hides deep underground, in a colossal cavern hewn from the earth. There, it boasts recreations of the Last Supper, a massive altarpiece and even dangling chandeliers – all made from salt too, of course. 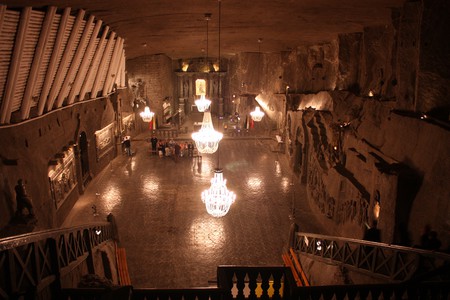