10 Most Beautiful Spots In Poland

© Jerzy/Shutterstock
From dense fir forests concealing quaint timber towns to moving sand dunes that shift like waves in the Baltic breeze, this list of Poland’s 10 most beautiful spots is sure to get you hankering for a dose of the Slavic east.

Park
© Shaiith/Shutterstock
Just poking their way into the extreme south of Poland, the boundaries of the Tatra National Park play host to some of the country’s only real mountains. Between these craggy summits of rock and ice lie some of the nation’s most beautiful natural wonders – from the shimmering surface of the Morskie Okolake, to the soaring tip of Rysy (Poland’s highest peak), 2,500 meters up. Given the area’s breathtaking natural beauty, it’s no wonder that it holds that coveted UNESCO biosphere title. It’s also no surprise that it draws visitors to its dense spruce forests, winding hiking trails, snow-packed ski fields and subterranean cave systems right throughout the year.
More Info
Open In Google Maps
1 Kuźnice, Zakopane, Małopolskie, 34-500, Poland
+48182023200
Visit website

A wild and primeval land that straddles the border between Poland and Belarus in the country’s extreme east, Białowieża Forest is considered one of the last vestiges of virgin woodland in Europe. In total, it covers an area of more than 3,000 square kilometers and enjoys a status as a designated UNESCO World Heritage Site for its environment and untouched natural beauty. Along the endless hiking trails that wind their way deep into the forests here, visitors can spy the colossal oaks of Great Mamamuszi and the King of Nieznanowo (which soar more than 30 metres overhead), or wandering herds of the endangered European bison. 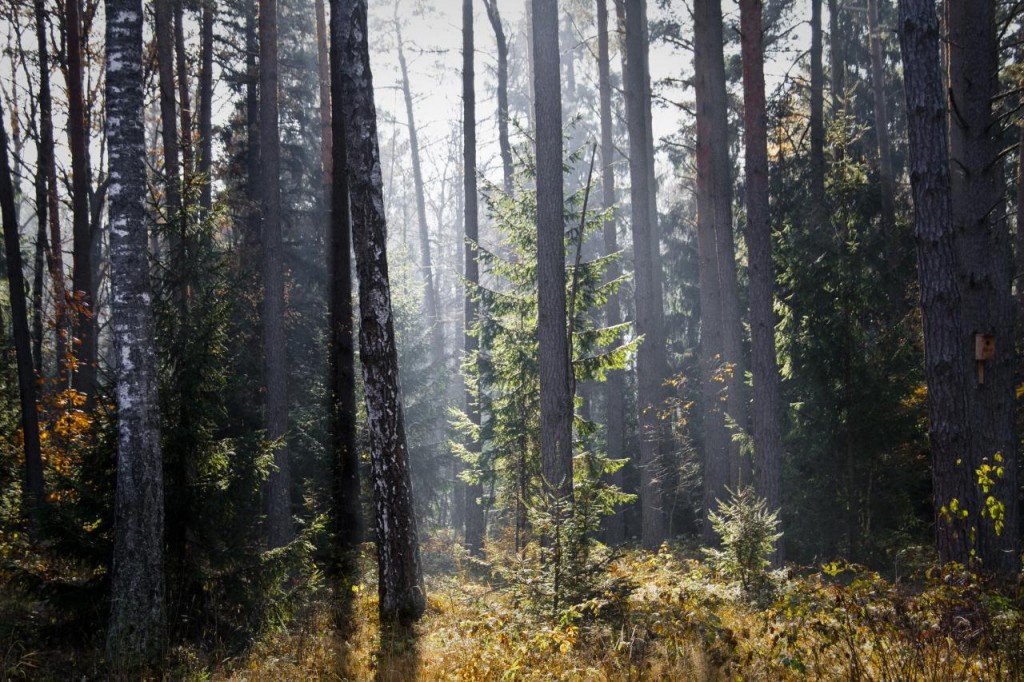 Nestled between the Elbląg Lakes and the rolling fields of Polish Masuria, the city of Malbork is home to one of the most fascinating medieval relics in all of Europe. For history lovers, or purveyors of great human architecture, there’s arguably no spot more beautiful in all of Poland, and there are endless photo opportunities to be had between the town’s sprawling castle complexes (which together form one of the largest on the entire planet). One of the most beautiful views of the red brick fortress has got to be from the opposite banks of the Nogat River, where the red tiled keeps and towering inner buildings can be seen in all their glory. 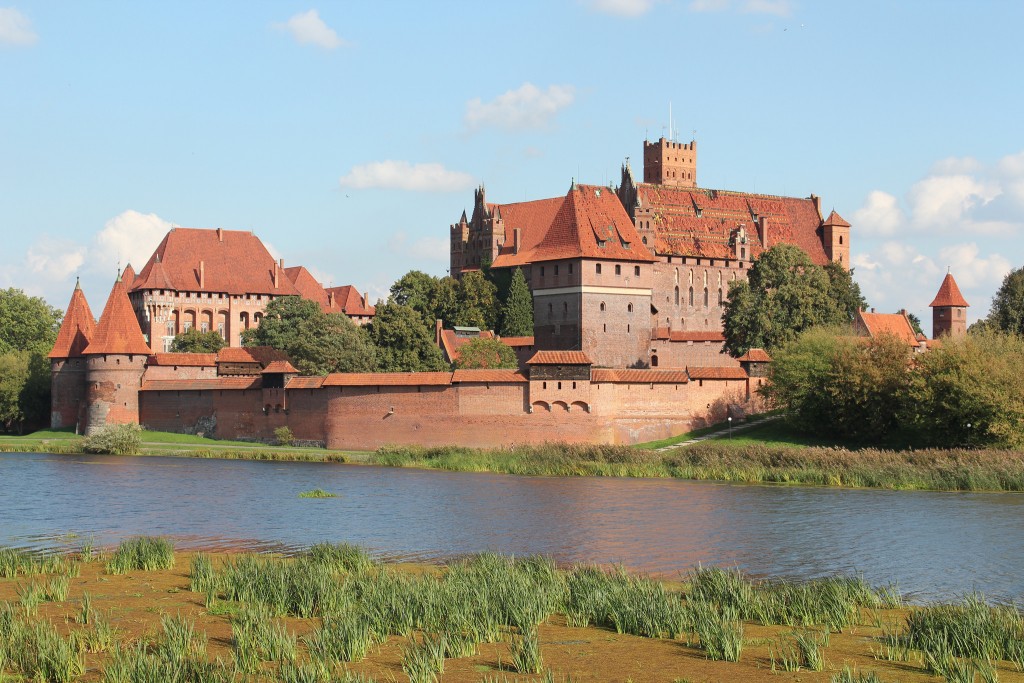 Once the political, economic and cultural hub of the Polish Kingdom – and also one of Europe’s most powerful town centers – Kraków’s UNESCO-attested historical core never fails to wow visitors with its wealth of soaring Gothic church spires, baroque frontispieces, winding cobbled roadways and postcard-perfect palaces. At its centeris the great Market Square, the largest of its kind in all of Europe, and a veritable hub of local life that teems with flower sellers, craft shops and sprawling cafe terraces. Around its edges lies the green belt of Planty Park, which encompasses the remaining old city gates, the great Barbican fortress and the majestic heights of the Wawel Castle on the hill. 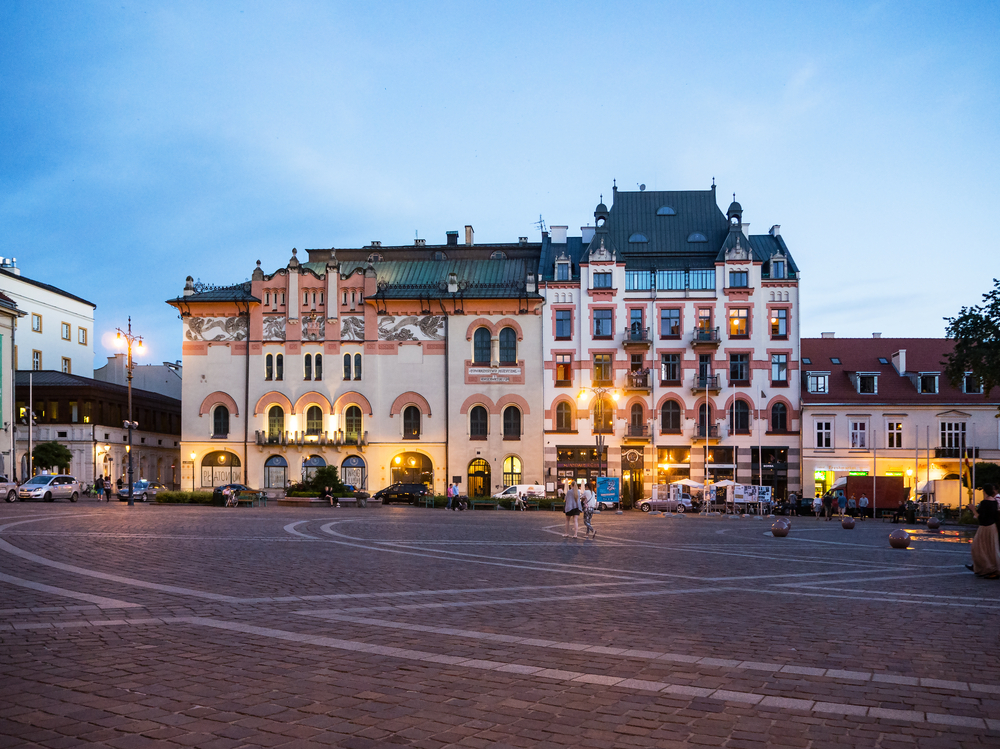 A long-time favorite of domestic Polish holiday-makers, the Masurian Lake District continues to fill up with campers, hikers and sailors during the warmer months of the year, when the scintillating swathes of its famous waters glimmer in the Baltic sun. In total, the area is home to more than 2,000 individual lakes, with bodies like Śniardwy (the largest lake in Poland) and Lake Mamry drawing in the lion’s share of the crowds. There are also some beautiful rivers open for exploration, along with a number of charming towns, like Giżycko, Elk and Mikołajki. 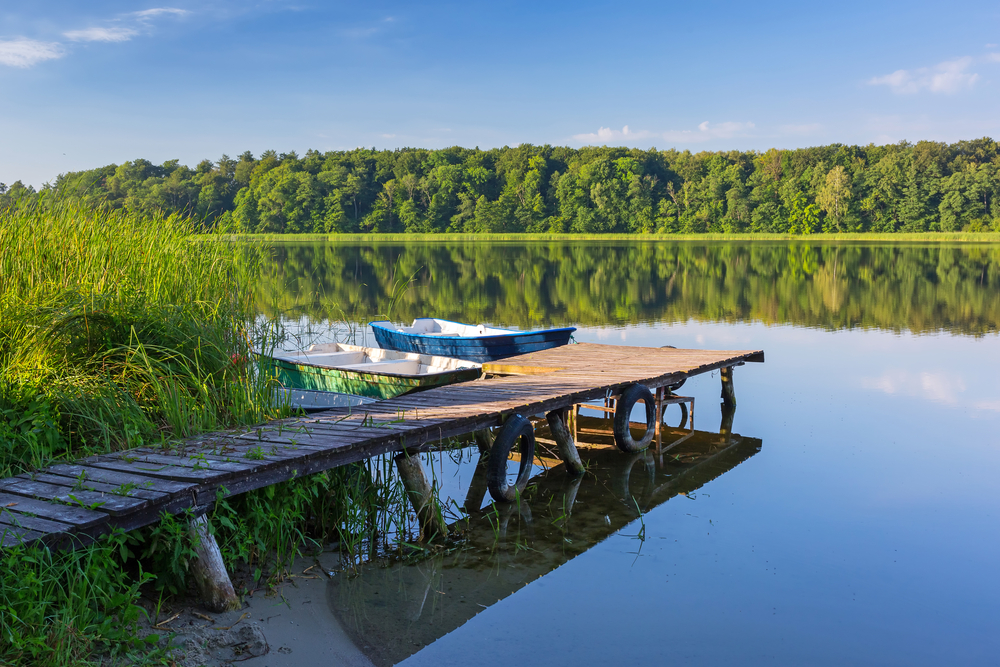 Fishing boats on the masurian lake in Poland | © Patryk Kosmider/Shutterstock

Another off-shoot of the great Carpathian Range that runs its way right through the heart of Eastern Europe, Poland’s Bieszczady Mountains throw up sweeping vistas of verdant valleys, rolling highland meadows and clusters of virgin woodland to boot. They form the heart of the country’s Bieszczady National Park, which also enjoys a UNESCO biosphere designation and covers more than 290 square kilometers of land in the Podkarpackie Voivodeship. Aside from the majestic mountain ridges of peaks like Szeroki Wierch and Mała Rawka, visitors here can spy out brown bears, wild wolf packs and even the endangered European bison. 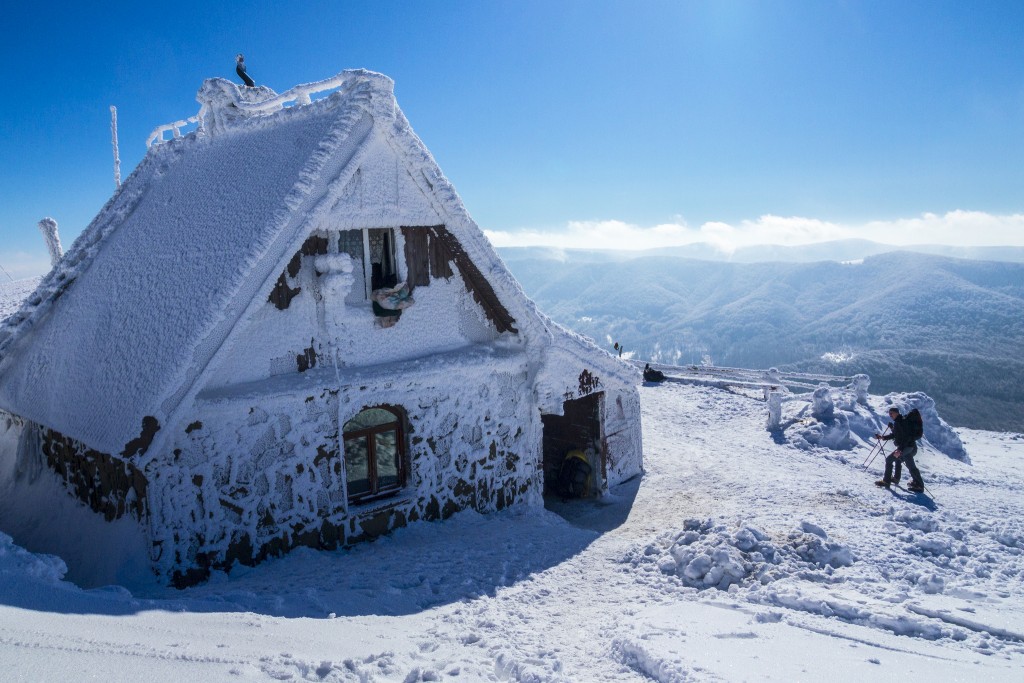 Park
Karkonosze National Park | © Ministry of Foreign Affairs of the Republic of Poland/Flickr
A must-see branch of the great Sudetes Mountains can be found within the confines of the Karkonosze National Park, which straddles the border with the Czech Republic 420 kilometers west of the city of Kraków. The reserve is dominated by the soaring peaks of the eponymous Karkonosze Mountains, which find their summit at the pass of Śnieżka, 1,600 metres above sea level. Like the Owls, these have majestic vistas of fir and spruce forests, deep river valleys and rustic towns. There are also some curious geological formations to see, including gushing waterfalls and looming hoodoo cliffs.
More Info
Open In Google Maps
23 Chałubińskiego, Jelenia Góra, Dolnośląskie, 58-570, Poland
+48757553726
Visit website

Park, Forest
Słowiński National Park | © Ministry of Foreign Affairs of the Republic of Poland/Flickr
A pretty patchwork of pine trees, peat swamps and rolling sand dunes moving out into the swells of the Baltic Sea in northern Poland, the Słowiński National Park was first dedicated as a protected area way back in 1987. One UNESCO biosphere reserve title later and it’s now considered one of the most fascinating natural environments in the country. It’s famed for its deserted beaches, densely linked forests and rugged, windswept sand dunes that move like waves from year to year. But the beauty doesn’t stop there because Słowiński is also prime wildlife spotting territory, with oodles of migrating birds and rare mammals lurking between its borders.
More Info
Open In Google Maps
1A Bohaterów Warszawy, Smołdzino, Pomorskie, 76-214, Poland
+48598117204
Visit website

Northern Poland’s answer to the regal majesty of southern Kraków comes in the form of historic Gdańsk. Since the city’s official establishment in 1235, it’s passed under the rule of the Teutonic Knights, the Polish monarchy and the Prussian Confederation to name just a few, gaining sway as one of the most important Baltic port towns. Today, visitors are invited to lose themselves between the city’s tight-knit medieval lanes, exploring the cobblestone market squares and the historic docklands. Here the looming silhouettes of shipping cranes now belie Gdańsk’s more modern role as a booming industrial center, and a hotbed for the Solidarity movement that would go on to topple communist rule in the East. 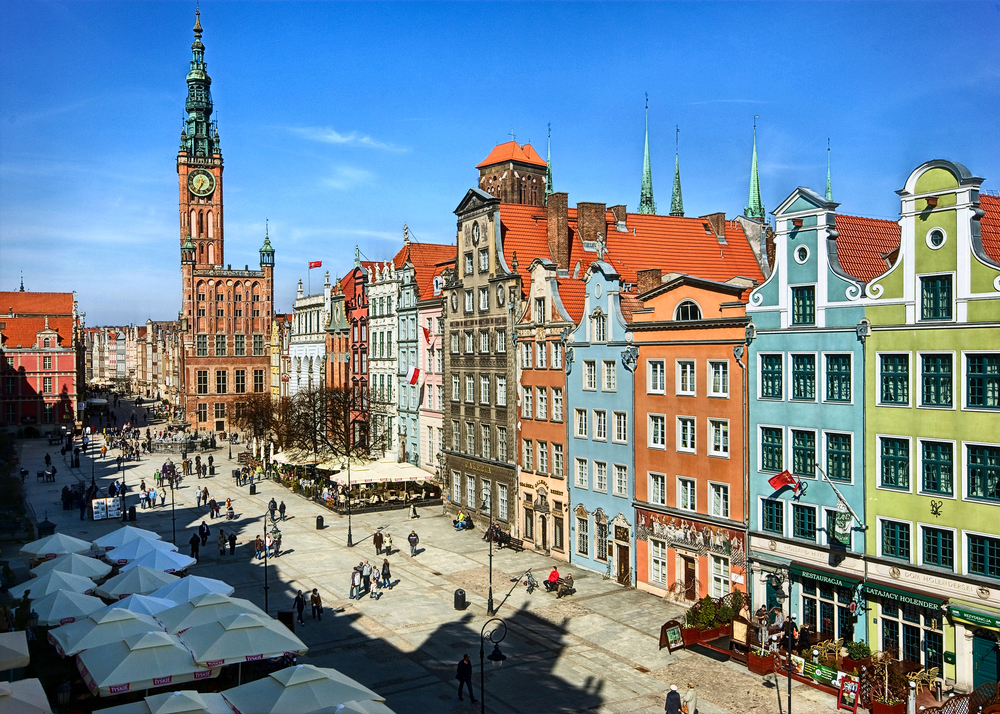 A sub-range of the great Sudetes Mountains that run for hundreds of kilometers along the Polish-Czech border in the South, the Owl Mountains represent one of the country’s more off-the-beaten-track natural highlights. For the most part, they are clad in great swathes of dense spruce forest. The occasional summit soars above the treeline, at spots like Wielka Sowa and Kalenica, to more than 1,000 meters. Of course, there are oodles of hiking trails that crisscross the range, peppered with rustic timber lodges and pretty little country hamlets. 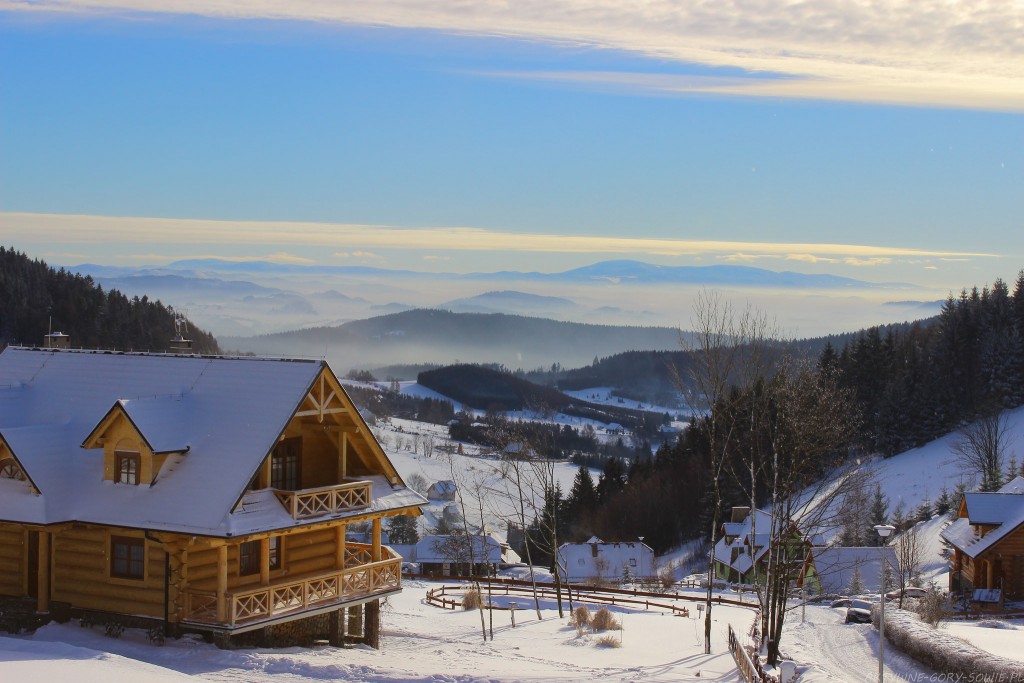