Roman Opalka’s Art and Life: Challenging the End of Time

French-born, Polish painter Roman Opalka was deeply concerned with the material capture of the intangible. His artistry represents a lifetime’s consideration of how best to distil ‘time’ in physical form and his magnum opus, OPALKA 1965/1 – ∞, proposes innovative answers to longstanding temporal and aesthetical questions. Here we take a look an incredible artist with an incredible vision. 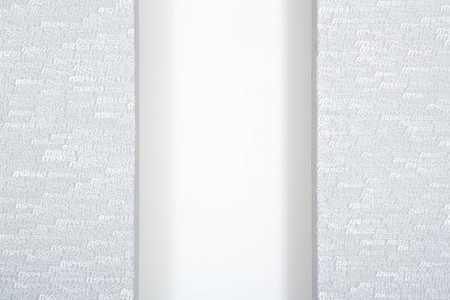 For an artist consumed with the passing of time, the year of Opalka’s birth, 1931, is particularly poetic, coinciding with the Paris debut of Salvador Dali’s ‘The Persistence of Memory’ – complete with his famous, surrealist melting clocks. It was not the historic and famously cultural hub of Paris that honed and nurtured Opalka’s talents however, but the landscape of Poland, where the Opalka family relocated and where Roman himself remained for the majority of his life.

Despite being deported to Germany in 1940, Opalka returned to Poland to study lithography at the graphic school of Walbrzych, Nowa Ruda, in 1946. The fundamental printing techniques learned at Walbrzych were to influence much of Opalka’s future work, not least his renowned, monochromatic range of paintings, directed by the mission statement ‘le fini défini par le non fini’ (‘the finite defined by the infinite’). From lithography, Opalka turned to the broader study of fine arts, in which he achieved a degree from the Academy of Warsaw, a city blessed with a multitude of first-class contemporary art galleries. 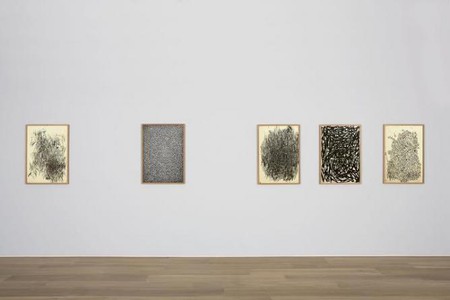 It was in the Polish capital that Opalka’s practice developed from series of negative relief canvases and monochrome graphics to the commencement of OPALKA 1965/1 – ∞. This work was the result of numerous trials, focused artistic energy and discussions seeking the truest representation of the concept of time, in art. Opalka himself described this work as the painting, rather than the literary expression, of every number from 1 upwards. It is fitting that the title is figured in binary, becoming an ideal encapsulation of the entire work. Begun in 1965, Opalka did not envisage an end-point to this creation, in fact, its very limitlessness contributed to its purpose.

OPALKA 1965/1 – ∞ is surprisingly mesmeric, with each canvas identically sized at 196x135cm, the exact dimensions of Opalka’s Warsaw studio door. From the top-left hand corner, the numbers proceed in horizontal linear fashion to the far right, before moving back to the top-left of the next table. These tables were termed ‘details’ by the artist, their backdrop receiving 1% more white paint annually since 1972 – the year in which Opalka had written figures up to 1,000,000. Beginning as white numbers on a black base, the painting progressed to a grey backdrop within four years, ‘because [grey is] not a symbolic colour, nor an emotional one’.

Despite Opalka’s reasoning, it seems that this gradient, or hinterland, between black and white may be of more importance to the piece than first anticipated. According to his calculations, Opalka expected to reach the point where he was painting white on white by the time of writing 7,777,777. This progression seemed to, in effect, slowly erase the work – painting out the process until you arrive at nothing. Indeed, the lack of divisional commas or other punctuation marks blurs the sequence into an endless stream of digits moving in a cohesive whole, appropriate given that Opalka described this project as ‘a single thing, the description from number one to infinity. A single thing, a single life’.

Furthermore, although the project was predicted to be an infinite task, Opalka later declared that ‘my objective is to be painting white on white and still be alive’, which inevitably limits the production process to a structured time frame. By July 2004 he had painted 5.5 million figures and had introduced a tape recorder into which he recited Polish numbers as he painted. The miniature Polaroid shots of himself standing alongside his work, taken daily, show evidence of this tape recorder as early as 1968, suggesting that Opalka was fascinated with technology and with exploring the work of other artists using mathematics, geometry and technical systems to plot and objectify time. Daniel Buren’s conceptual projects and Hanne Darboven’s similar installations of miniature numerical charts were particularly influential for Opalka during this period and continued to influence the artist throughout his working life. 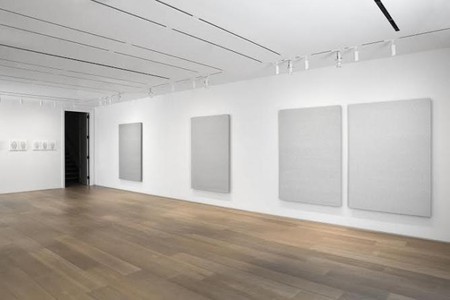 The last number painted on the canvas was 5,607,249 prior to his death in 2011 in Chieti, Italy, whilst on summer holiday. It was in 2008, earlier than anticipated, that Opalka realised his goal of painting white on white, which he termed ‘blanc mérité’ (white well-earned). Posthumously, his work retains the critical acclaim it received during his own lifetime. In addition to the international exhibitions in which Opalka’s work was displayed, his vision and artwork were recognised when he was awarded the National Painting Prize in 1991 and his listing as Commander of the Order of Arts and of Letters in France.

His art enjoys a permanent position in Paris’ Centre Pompidou, New York’s MoMA, as well as regularly touring the globe. Currently, the Dominique Lévy Gallery in New York is playing host to this master of time. Running the Opalka exhibition until October 18 2014, the Dominique Lévy is one to watch for devoting its space to post-war and contemporary art work. Perhaps seeing, experiencing or reproducing Opalka’s work in a modern setting will help uncomplicated the complexities and concerns of time that affect us all.