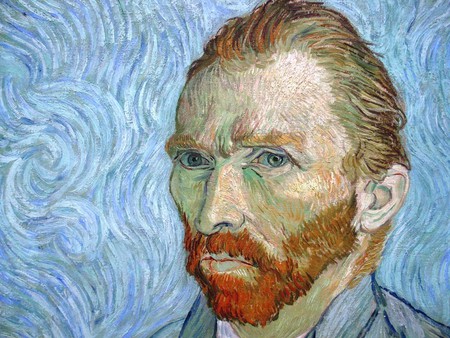 The official Loving Vincent trailer was released this week, previewing some of the hand-painted scenes that emulate Van Gogh’s style. The film will be the first fully-painted motion picture in the world, brought to us by Break-thru Films based in Poland, and will explore the short life and mysterious death of Van Gogh. Its release has sparked much excitement in the art community due to its subject and creative process.

The plot is based on over 800 personal letters that Van Gogh wrote to his various companions in his lifetime and incorporates the characters featured in his paintings. The preview brings the scenes of his paintings to life: Starry Night over the Rhone’s fishermen tying up their boat, Farmhouse in Provence with a man running through the brush, and Van Gogh self portrait turning from black and white to color as Vincent looks over his shoulder to the audience.

The Loving Vincent project concept video was released in 2012, which shows the characters of Van Gogh’s paintings talking about the artist. This preliminary video was a part of the recruitment process to encourage artists to join the project. There are currently over 100 artists trained in the impressionist style producing content for the film. They have produced 12 hand painted frames per second of the film, totaling to 56,000 paintings.

Since the preview has been released, there has been skepticism concerning the legitimacy of painting animation, claiming that they are using post-production filters on normal footage. The painting animation process for the film is completely legitimate, and their recruitment website provides pictures and clips of the process.