Krzysztof Penderecki is universally accepted as Poland’s greatest living composer. Now in his eighties, Penderecki has had a long and illustrious career and shows no signs of stopping. Famous for his use of unconventional sounds, Penderecki has composed symphonies, operas, orchestral pieces, and concertos that are loaded with emotional power and political significance. 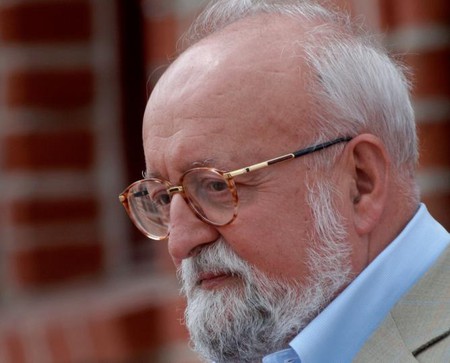 Born in 1933 in Dębica, Poland, Krzysztof Penderecki took to the piano at an early age before quickly moving on to the violin. The instrument remained the focus of his studies until his second year of university in Kraków, where he switched to pure composition. This would be the starting point of a career that would see him compose, conduct, and teach at the highest levels on the international stage.

Penderecki was a young boy at the start of the Second World War, and the events he witnessed in Poland undoubtedly shaped his artistic and humanistic sensibilities. At one point his Catholic family moved into a house from which Polish Jews had been evicted. While playing with his school friends he witnessed the erection of ghettos built to confine Jews and other minorities before they were shipped off to internment and concentration camps. Penderecki has said that had he not grown up in such difficult times he would have been unlikely to compose such pieces as his ‘Polish Requiem’, a colossal composition involving soloists, an orchestra and a mixed choir. The Polish Requiem grew from Penderecki’s ‘Lacrimosa’, dedicated to Poland’s former president and first trade unionist leader, Lech Wałęsa. Over time, the work grew to include more significant political events in Poland’s history. 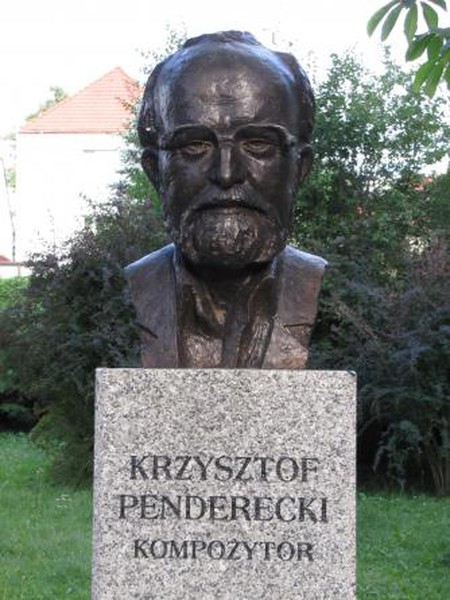 Poland traded the shadow of Germany for the shadow of the Soviet Union after the war, which meant music was censored and Penderecki was left restless and rebellious. The musical influences of his generation were largely from the 1920s and 1930s, but time spent as a student working in an electronics studio set Penderecki on the path to creating his distinct, avant-garde music. The composer has said that the youth of his generation wanted to be different and build a better future, and for him this meant writing different music. The foreign electronic sounds encountered in the recording studio gave him this opportunity, and shaped compositions such as ‘Threnody to the Victims of Hiroshima’, the piece that brought the young composer international recognition, including the UNESCO award in 1961 from International Rostrum of Composers in Paris.

Two years earlier Penderecki had entered various compositions into Young Composers of the Polish Composers’ Union competition. His entries, submitted under pseudonyms, won first, second, and third prizes. Around the same time, in the late 1950s and early 1960s, Penderecki was writing scores for experimental Polish films. Drawn to the avant-garde films of his compatriots, Penderecki only wrote original music for the projects he found to be artistically or politically meaningful, avoiding the draw of large Hollywood productions. Stanley Kubrick came to him for a soundtrack to ‘The Shining’, but citing a full schedule Penderecki turned him down and instead pointed the director toward relevant music. Kubrick listened, and selected six pieces for his film, including ‘The Awakening of Jacob’ and ‘Polymorphia’.

Penderecki’s music underwent another transformation during the two years he spent living in Berlin. Music became available to him which was not heard in Poland; he would spend his days going to concerts and rehearsals listening to the works by musicians such as the Austrian composer Anton Bruckner. However, composing for specific musicians also helped Penderecki’s evolution as an artist. He was a friend of Soviet-born composers Isaac Stern and Mstislav Rostropovich, one a virtuoso on the violin and the other on the cello. Penderecki composed pieces for both of them, and has said that their extraordinary talent allowed him to compose without limits, creating complex pieces that would otherwise be impossible to perform.

Penderecki has continued to collaborate with artists working in any field and on any project where he finds interesting work can be created. The composer has proposed that the gap between popular music and classical music has lessened over the past 30 years, with a similar language developing in electronic and classical music. His recent collaboration with Radiohead’s Jonny Greenwood is a testament to this, as was the presence of 50,000 fans that attended the concert. Greenwood had previously composed ‘48 Responses to Polymorphia’, which riffs off Penderecki’s 1968 ‘Polymorphia’, composed for 48 stringed instruments. The two musicians met in Poland at the European Culture Congress and agreed to release an album, featuring two pieces by Penderecki and two by Greenwood.

Krzysztof Penderecki has received an incredible number of musical awards and is widely praised for his innovation of classical music. His composition ‘Threnody to the Victims of Hiroshima’, was notable for its unconventional musical directives, such as slapping the body of the instruments. In other works, household objects have been used as part of the soundscape, including saws, typewriters, electric bells and shards of glass.

Penderecki has composed a vast number of choral pieces and compositions within a religious framework. A Catholic to this day, his religious affiliation did not prevent Penderecki from taking ‘The Devils of Loudun’ as the setting for his first opera. Aldous Huxley’s book of the same name documented the supposed demonic possession of the French town of Loudun in the 1630s. The operatic adaptation focused more on the political and power structures, earning Penderecki a furious letter from the Bishop of Stuttgart the day after its opening. The Vatican called for Penderecki to retract the composition, which he refused to do on the grounds that despite being a Catholic he was interested in examining and telling the truth.

This impetus to tell the truth and to mark both past atrocities and achievements is one of the defining tenets of Penderecki’s work. Raised in a country where he could be sure that he had lost at least one family member in every recent major act of political and military violence, the drive to give a voice to those who have lost theirs is what has motivated many of his most significant works. Stating his reasons for composing the ‘Polish Requiem’, on a purely political level the composer said he wanted to affirm which side he was on.

The 10 Best Polish Artists and Where to Find Them

The World’s 10 Most Important Memorial Museums

10 Contemporary Polish Designers You Should Know