Where to Get Free Wi-Fi in Warsaw, Poland 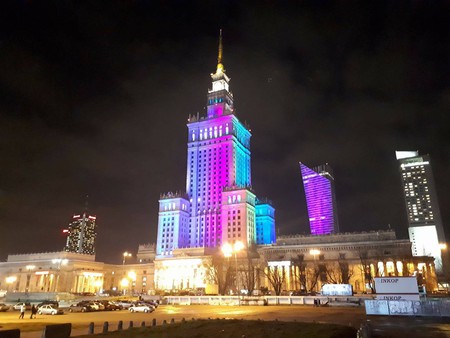 Warsaw is becoming somewhat of a digital hub of late. There are a vast array of new and cool Wi-Fi cafés, and the city is attracting business investment from all over the world. But what you really want to know is where can you get free Wi-Fi in the city, right? And we don’t mean by walking into McDonald’s and ordering a coffee just to use their Wi-Fi. These places all have completely free Wi-Fi for everyone, all you need is your device. 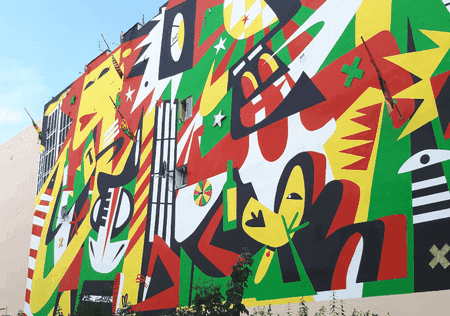 There has to be some kind of irony in the fact that Warsaw’s Old Town is more modern than other parts of the city. It has its own Wi-Fi as do other parts of the ‘Royal Route’. Use your device to find the network called UMWarszawa and submit your email address to log in. As you get familiar with the city, you will also work out where the transmitters are and therefore the fastest and most reliable points. 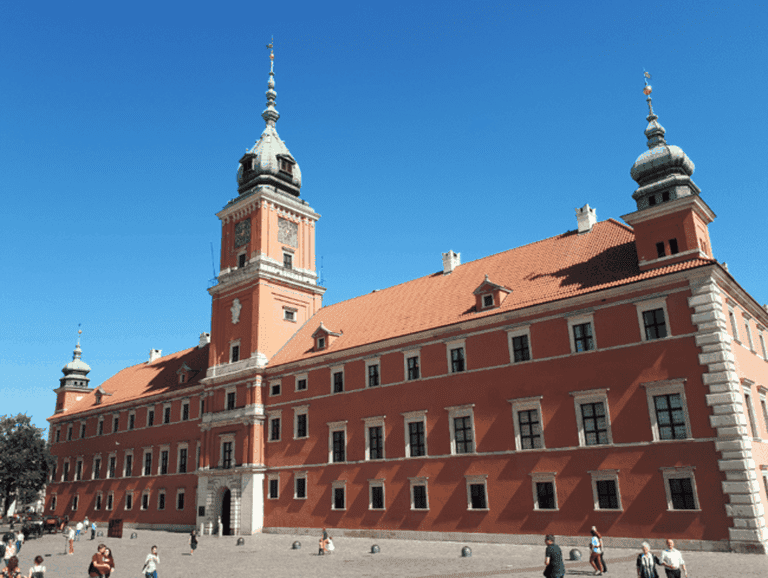 Warsaw’s bus system might take a while to get used to if you’re not a local. However, most of the city’s buses are now equipped with Wi-Fi. The signal can be weak and the speed slow, but while you’re on the move through the city’s busy streets, it’s a great way to get online for free. Not every bus has it, and it doesn’t always work but it is a great bonus when it does. 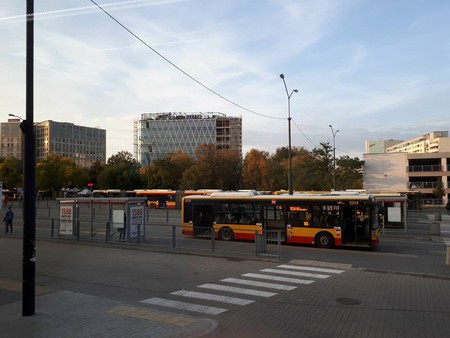 Public buses in Warsaw have Wi-Fi | © Northern Irishman in Poland

On a prominent corner at Plac Unii Lubelskiej sits a three-storey shopping mall called Plac Unii Shopping. Once inside, you will see a Wi-Fi network appear. This is free and easy to access. There is also a downstairs food court where the Wi-Fi also works.

Galeria Wileńska is the best place for free Wi-Fi in and around Dworzec Wileński in the Praga District. It’s a modern five-storey shopping mall. The first three floors have free public Wi-Fi and shops, the upper floors and connecting buildings are used for offices. Companies such as Kropp, Carrefour, McDonald’s and Empik have shops inside. Logging in is free and easy to use. 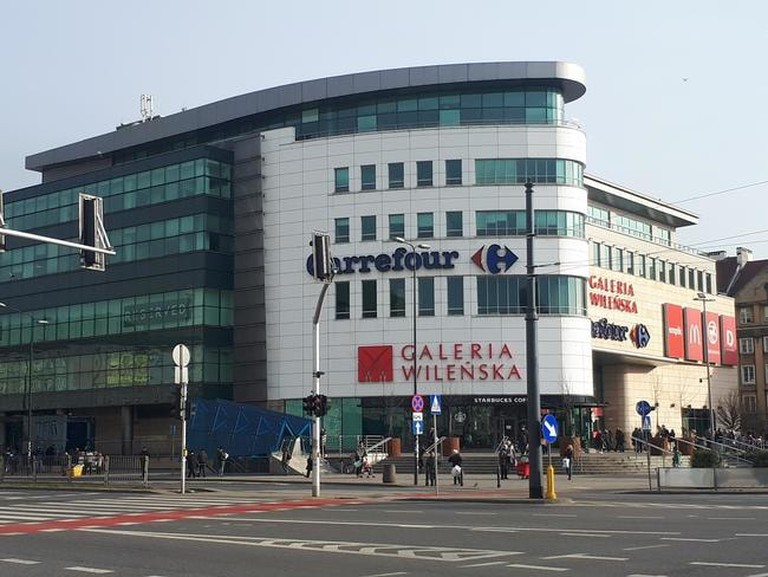 The main airport in Warsaw is Chopin Airport and it has free Wi-Fi throughout. You just need to enter your email address to log in. Sometimes you need to refresh your connection every 30 minutes but for the most part, it runs smoothly. 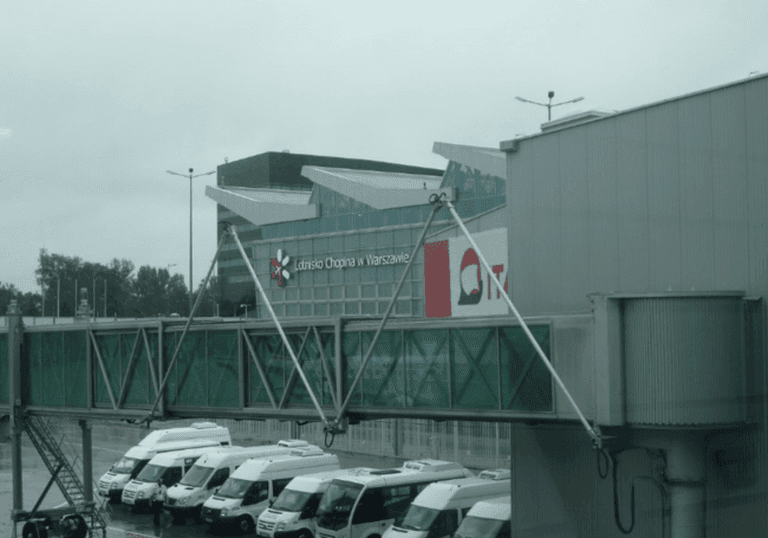 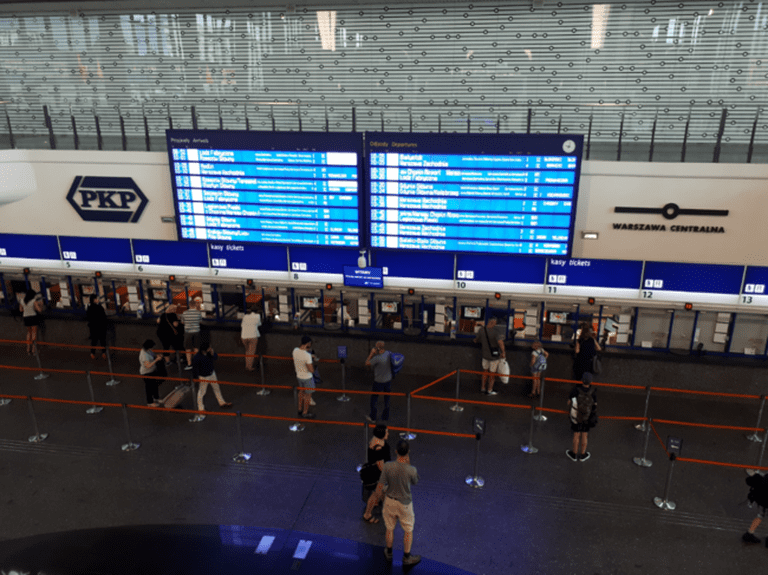 Warszawa Centralna has free Wi-Fi | © Northern Irishman in Poland
The main train station, Warsaw Central (Warszawa Centralna) has free Wi-Fi. This is especially handy as once you board a long distance train, there will probably not be any working Wi-Fi. You can access it inside the main hall and also at every platform. Normally when you log in, it lasts for just 29 minutes and then you need to log in again. 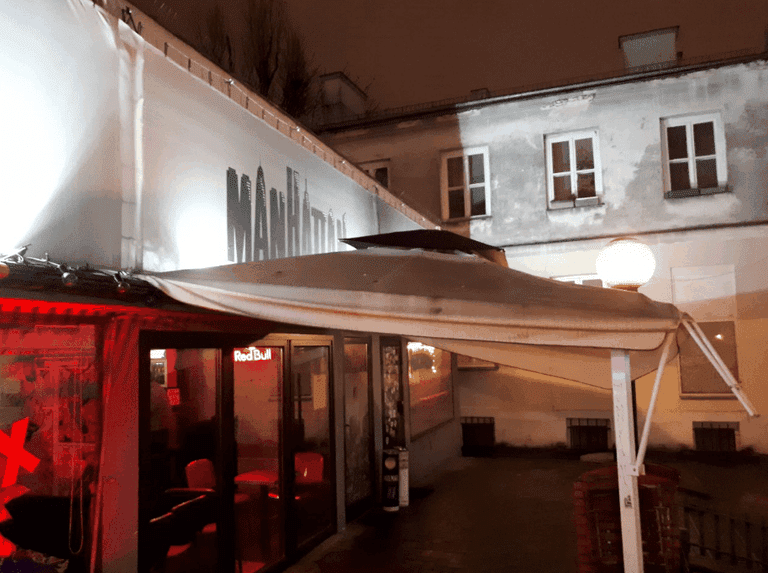 Pawilony at night | © Northern Irishman in Poland
The cool bar zone Pawilony is situated down a poky alleyway off the famous Nowy Świat ( New World) street. This area has about 15 bars all tightly packed into a cosy little enclosure. The area itself has free Wi-Fi, which works in almost every bar, even in some of the basements.

As well as having a metro system (underground), a tram network and an extensive bus system, there are also regular trains. Warsaw has over 20 train stations. The network Koleje Mazowieckie runs trains through the city and to the airports. Most of the time, these trains have a fast and easy to access Wi-Fi network. Some seats also have tables, which are ideal for getting some work done on a relaxing train ride through the city. Check the Koleje Mazowieckie website for the train timetables. 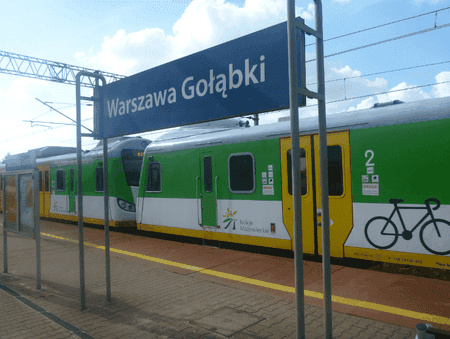 Another shopping centre to add to the list is the famous Złote Tarasy (Golden Terrace). This is a swanky shopping mall with an artistic roof that sits right beside Warsaw Central train station. It’s one of the most exclusive and expensive shopping malls in the city, yet still boasts free Wi-Fi. There is a food court, a number of bars and some upmarket fashion chains. There isn’t much seating, but the Wi-Fi is reliable. 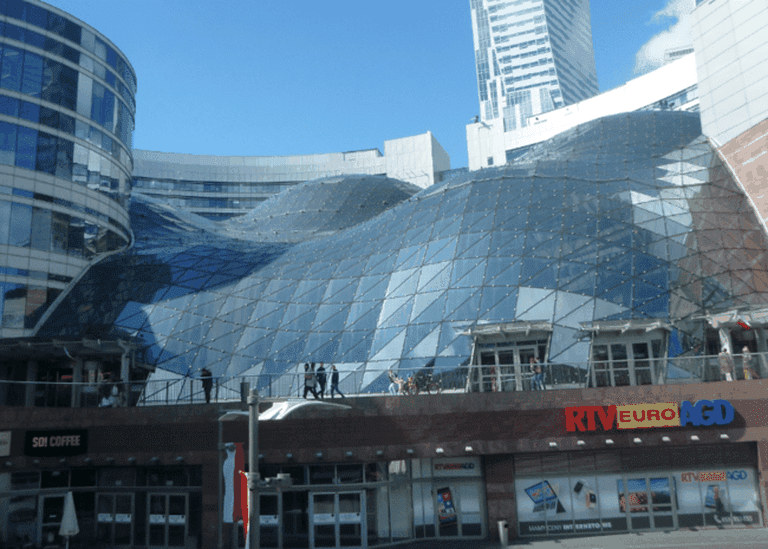 Look out for the Wi-Fi sign on the bus and tram stops around the city. Those that have it, have free Wi-Fi. You simply log in with your email address, and suddenly you are online. This doesn’t make the delays or waits quite so bad. 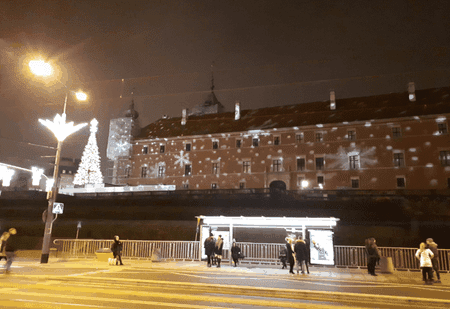 Warsaw has two airports, and it would seem ridiculous to include one but not the other. Modlin Airport is further away from the city and realistically is not in Warsaw itself. This airport is normally used by budget airlines such as Ryanair, but it also has free Wi-Fi. The only condition for using the Wi-Fi is to download the official Hello Modlin airport magazine as a PDF file. 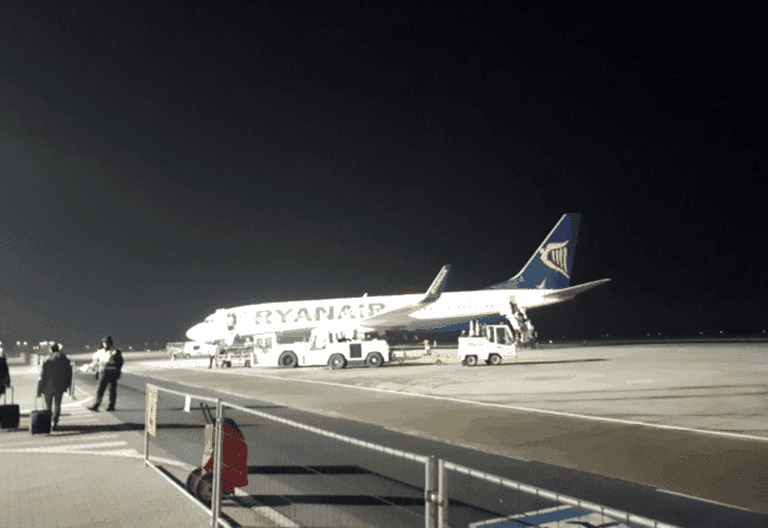