Five Polish Winners of the Nobel Prize for Literature 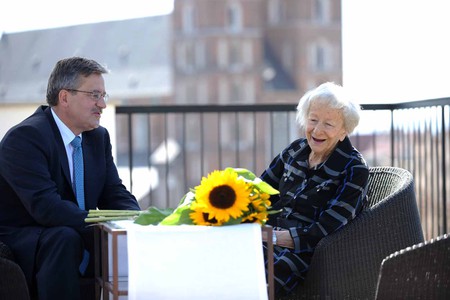 The literary canon of Poland is admirable in its achievements. With influences from their varied history, there is an emphasis on self-expression and reflection through poetry and drama. This is represented in the works of the five Polish writers who have won the Nobel Prize for Literature.

A number of years separate these five writers. Between their individual creations, artistic movements have shifted, as have general opinions and attitudes. All five however do share something in common; their work is poised firmly against the backdrop of social and political flux in Poland. Their literature is one that survived throughout the partitions of Poland and their resulting disappearance from world maps for 123 years. Despite the wars that wrought havoc across the nation and the communist regime that ruled for almost half a century, their cultural exports survived. This is the heart of the country’s cultural heritage: perseverance; an unbending desire to create; and the belief that the pen is mightier than the sword. 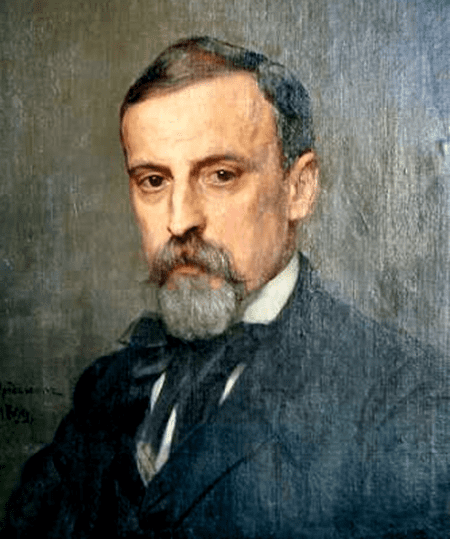 The name Sienkiewicz often casts fear into the souls of teenage pupils – many of his epic, historical novels are compulsory reading in Polish schools. And indeed this requires a certain level of maturity in perception, attention and engagement to fully appreciate the meticulousness of his prose.

From the day its first volume was published in 1884, Trylogia (The Trilogy), his most widely read work, brought Sienkiewicz immense acclaim. The three texts illustrate the lives of the Polish under foreign rule; their struggle for freedom; and the momentous battle between national roots and oppression. As the author himself said, the novels are meant to ‘uplift the heart’ and encourage patriotic sentiments. After a Roman-themed epic Quo Vadis in 1896, for which he later received the Nobel Prize, Sienkiewicz returned to the core of Polish identity and created Krzyżacy (The Knights of the Cross or The Teutonic Knights). Krzyżacy, set in the Middle Ages, once again expressed an open criticism against Poland’s occupying powers. Krzyżacy, because of its clear patriotic and anti-Germanic sentiment, became the first book to be republished in Poland after the Second World War (August 1945). 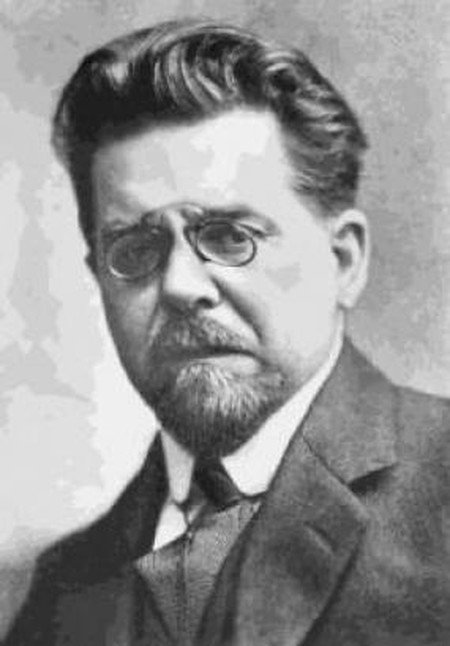 Reymont, one of the most prominent members of the Young Poland movement, vividly confirms the crossroads and crises which emerged hand in hand with Poland’s struggle for independence during the Third Partition (1795-1918). Throughout his oeuvre, he criticizes the dramas and consequences of newly born capitalism and celebrates simple, traditional values instead.

In his Nobel Prize-winning Chlopi (The Peasants), Reymont offers a portrayal of the roots of Polish folklore. Painted with the naturalist shades of poverty and emerging unrest, this epic novel embraces peasant life in its entirety. Written largely in a regional dialect, the narrative looks past its harsh setting and elevates the role of peasants in a new and young Poland. It is a tale of political and social self-awareness, and a graphic homage to Poland’s historical and cultural legacy. The passion and authenticity of Reymont’s narrative voice ensures a compelling dive into the realities of 19th century Poland and is constantly underlined by his use of language, situation-led tragicomedy and the symmetrical transitions that the people and the socio-political environment experienced. 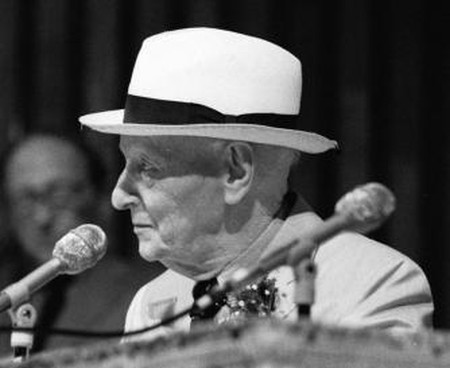 Isaac Bashevis Singer, an engaged and captivating storyteller, carries his readers across a myriad experiences of a single leitmotif: the Jewish identity and sense of belonging. Although his pen preferred Yiddish, his texts would always come back to the specific place in Warsaw where he was raised: ‘I keep going back to 10 Krochmalna Street in my writing. I remember every little corner and every person there.’ Better known as a writer of short stories – or modern parables – Singer’s longer fiction often goes unacknowledged.

Poland figures as either a geographical or spiritual setting in almost all of his texts; and while sometimes it becomes a hellish prison (as seen in The Power of Light), it is usually perceived as a natural home (The Magician of Lublin). Polish and Jewish folklore and literary tradition overlap each other in a dynamic net of transitions across the extremes of delirium, spiritual enlightenment, decadence and asceticism. Singer creates a remarkable array of characters, all of whom are confronted with a world that astounds, disappoints and pulls at the very essence of their beings. From Gimpel the Fool and Yasha to the Magician of Lublin and Dr. Fischelson, we unravel the textual nuances through a perfect symbiosis between the storyteller and his characters portrayed through a language permeated by tension, humor and inspiration. 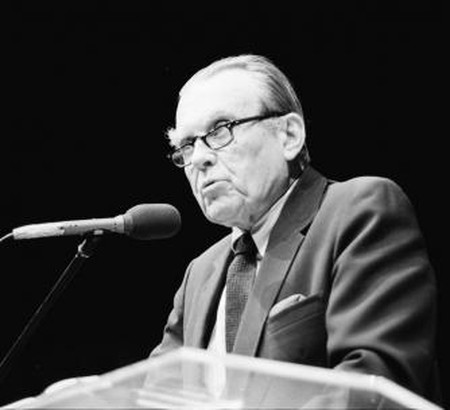 Emigrant, diplomat, lecturer, but primarily poet – Czeslaw Milosz crossed numerous paths set out by the Second World War until finally emigrating to the United States in 1961. But even after decades spent abroad and translating his own poetry into English, he never lost touch with his mother tongue and continued to write in Polish until his death.

Milosz’s creative output reaches from the turbulence of his early works to the philosophical contemplation of his maturity. But the ideal of intellectual freedom that we see in Zniewolony umysl (The Captive Mind) remains a constant, as does tradition and sharp, evocative imagery. Each word of his poetry is a cosmos of allusion and direction. Each voice at once belongs to and shies away from the poet. Each statement is consciously placed on the verge of questions, negation and affirmation. Milosz continues to amaze with his breathtaking self-awareness as a poet, philosopher and as an individual within and without a collective. His vision and perception never faded, and among the semi-moralistic outcries, philosophical treatises and odysseys across the human condition, a furiously moving collection of poems and essays bloomed. 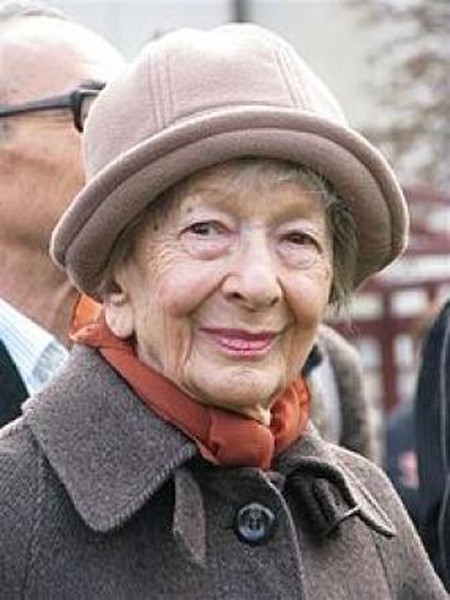 On the surface Wislawa Szymborska’s writing seems much simpler than Milosz’s. Her sensitive yet poised observations are brought to life by uncomplicated language and a lyricism that speaks to all readers. But this is the crux of her oeuvre.With simple expression, she suffuses words with the virtue of metaphor, figurative depth and allusions to the instability of the human condition.

In the early 1950s, Szymborska was seduced by the promises of Poland’s flourishing Stalinism and her verses briefly fell into the propaganda-led bucket of socialist realism. But the poet soon returned to her own fiercely independent insight. Her fresh humour and wit, lyrical storytelling and ambiguity, irony and wordplay, define the tone of such masterpieces as Nic dwa razy (Nothing Twice), Kot w pustym mieszkaniu (Cat in an Empty Apartment) or O śmierci pez przesady (On Death, without Exaggeration). Although she remained modest and discreet as a person, the voices of her poems still call out with strength and conviction.

Szymborska’s legacy was honored by a period of national mourning in Poland upon her death in February 2012.