Born in Poland just after the end of WWII, the major milestones of Daniel Libeskind’s seem to always be linked to big historical events. As a child he migrated to the United States with his family, who were survivors of the Holocaust, escaping the communist period that engulfed Poland until 1989. Culture Trip brings you a look at the life of the architectural superstar, Daniel Libeskind. 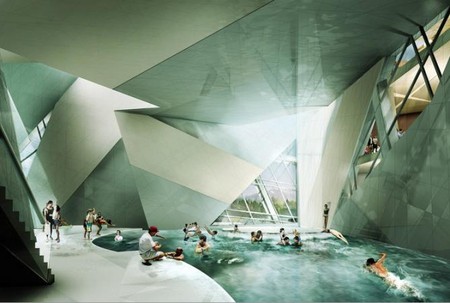 Despite his musical success, Libeskind opted to study architecture in university. He graduated from New York’s Cooper Union School of Architecture in 1970 and received a Master’s degree in history and theory of architecture from the University of Essex, England a year later. Libeskind began his professional architectural career as a teacher, giving lectures in universities across the United States and Europe. A hint of this can be seen in his latest public talks in which he speaks of his ‘big ideas’ that continue to shape his buildings, describing his work as democratic, radical and emotional.

In 1988, following discussions on the representation of the Jewish community in Berlin, an open architecture competition was announced to design an extension of the Berlin Museum that would be devoted to Jewish history. Without any building experience, Libeskind entered the competition in 1989 and beat 150 other applicants with his design Between the Lines.

Libeskind’s winning plan was inspired by the Jewish communities in Berlin. The architect pinpointed the locations of important Jewish communities on a map of Berlin, and the shape that emerged by connecting lines between the locations formed the basis of the plan. The shape of the building therefore, is drenched in symbolism, as was Libeskind’s deconstructivist approach. In opposition to a purely functionalist approach, Libeskind uses his design to emphasise the immense pain of the Jewish people during WWII.

The Jewish Museum in Berlin represents a culmination of Libeskind’s theoretical background, working with concepts and so-called big ideas to create something more than a building. First-time visitors of the museum are moved by Libeskind’s masterful architecture and experience confusion, fear, distress and grief.

Whether by chance or intention, Libeskind’s architectural projects are often placed at the centre of emotionally charged contexts. Going back to his native Poland, Libeskind completed the Zlota 44 residential high-rise in Warsaw in 2013. The glossy skyscraper competes for attention with the Palace of Culture and Science, a building that was once a symbol of Stalin’s power in Eastern Europe during the communist period. Among other towers, Zlota 44 was built in the context of what seems like Warsaw’s new aim to suppress the prominence that the Palace of Culture and Science has maintained in the city.

The old socialist agenda and the new elitist attitude (Zlota 44 consists of expensive luxury apartments, and zlota translates to ‘gold’ in Polish) are articulated in these two hovering towers at the centre of the Polish capital, juxtaposed next to, and inevitably in conflict with each other. Still, Libeskind claims that the skyscraper serves a social purpose, putting residents rather than corporations back in the city. Ironically, it stacks hundreds of residents into an isolated residential tower much like the iconic socialist residential blocks built from the 1960s to 1980s.

On the other side of the world, another of his towers has recently been constructed. Built next to Ground Zero, one of the sites of the 9/11 attack in the United States, New York’s One World Trade Center is another hugely significant structure. Libeskind’s approach in his design of the One World Trade Center needed to reflect the collective emotions of the American people. The Trade Center, which is the tallest building in the Western Hemisphere, stands with an air of pride and achievement. Libeskind once again stands out as a designer in a highly emotional context, and aims to express meaningful ideas with his designs.

Libeskind’s big ideas executed within emotionally charged contexts position his buildings somewhere on the border between poetic masterpieces and gimmicky formalistic designs. Because of this, Libeskind is inevitably a controversial architect. In this way, however, Libeskind embodies the ongoing conversation between art and architecture and its complex role in society.