Missing Cow Found in Białowieza Forest Hanging Out With Bison 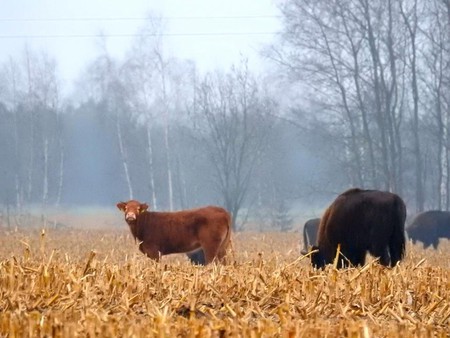 In Poland’s deep and dreamy Białowieza Forest, an average brown cow has been spotted mingling with a herd of huge wild bison. This is a highly unusual sight that alarmed Polish naturalists. Wanting to be part of the crowd, this everyday renegade cow now runs wild with her new bison friends.

Recently, a cow escaped the daily routine of her humdrum farm life for an adventure. It has been reported that the cow is not lonely or in danger. She is now part of the gang and has been hanging around with a herd of approximately 50 bison. The story was first reported by Polish TV station, TVN24 and has since gone viral on social media and news sites within Poland. 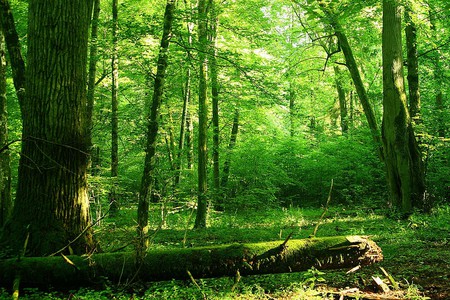 The Białowieza Forest is a wild, primeval forest with protected status as a designated UNESCO World Heritage Site. Large wild bison roam freely in the forest and the surrounding area. However, cows in Poland are domesticated animals that live on farms and are used for milk and beef. They are not generally observed in the wild.

The cow has been in the wild with these bison for about three months. She was first spotted in November 2017 by local Ornithologist Adam Zbyryt who alerted local rangers. Zbyryt originally thought his eyes were deceiving him as this was an average light brown cow in the middle of massive dark brown bison. He shared his images on his Facebook page back in November 2017.

Biologist Dr. Rafał Kowalczyk saw the same cow still integrated with the bison herd and now believes the cow will remain in the forest for safety, as the bison most likely protect it from the threat of wolves. 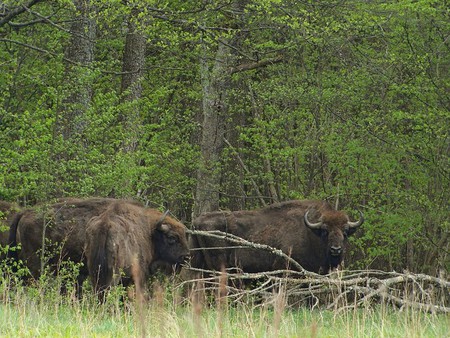 Although the story intrigues nature and animal enthusiasts in Poland, it will have to come to an end. As Kowalczyk explains, the cow is still too young to mate, but should she stay long enough, it could be a health risk, as bison calves are much larger than cattle, and she might die giving birth. Forest Rangers are expected to make a decision soon on whether to lead the cow back to its farm.