Andrzej Wajda, the Master of Polish Cinema, Passes Away at Age 90 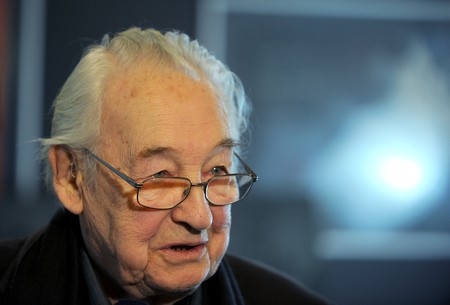 Andrzej Wajda was one of Poland’s most iconic filmmakers, and along with Krzysztof Kieslowski, defined Poland as a centre of art-house cinema in Eastern Europe. He passed away on Sunday 9th October 2016 (aged 90), leaving behind an intense legacy of socio-political work.

A prominent member of the Polish Film School (1955-1965), Wajda was arguably the most faithful representative of Polish heritage in international cinematography. Intensely prolific throughout his career, he created one acclaimed masterpiece after another in the politically restricted environment that was communist Poland before 1989.

In 1975, Wajda’s work was already lodged deep in the hearts of the Poles; Ashes and Diamonds (1958) was hailed as an uncontested piece of art, while The Promised Land (1975) was nominated for an Academy Award – keep in mind the political context. In 1975, at a cinematography conference in Gdansk, Wajda voiced his frustration to the communist authorities; he argued that the regime cornered young directors into filming epic, historical dramas and book adaptations rather than features with a contemporary focus.

Soon after the conference, Wajda was allowed to film the first contemporary story in years. The film tells the fate of a hero bricklayer – essentially a cog trapped in the vast political machine, who soon turns into an awkward element within the communist constellation. Man of Marble (1977) shows the makings and fall of a communist legend; indeed, legends have been told about the film’s genesis and screenings. When it was first shown publicly – and the authorities allowed it to be screened in only one cinema, in order to stifle its outreach – long, angry queues formed outside the cinema, brimming with young Poles determined to see the controversial production. 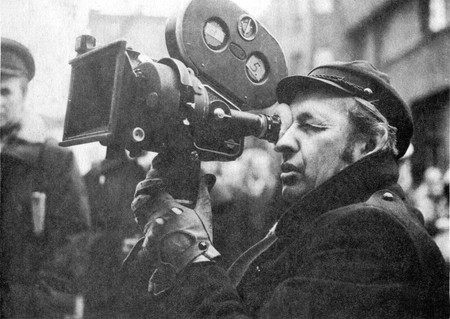 Even after the collapse of the communist system and along with it, censorship, Wajda remained faithful to the historical epic and merged it with stories of individual weight (The Revenge, 2002, or Pan Tadeusz, 1999). One of his recent productions, Katyn (2007), stirred many critics by its brave portrayal of the Katyn massacre during the Second World War. The subject is well-known and documented – the mass murder of more than 22,000 Polish military officers and POWs by the Soviets in 1940. It remains one of political contention to this day, as the banning orders on Katyń’s distribution in China and the visceral reaction of the Russian media on release do well to show. Although the film received mixed reviews, its symbolism remains touching in the spectrum of Polish cinematography.

Nothing much changed as Wajda’s career progressed. In 2012, aged 86, he directed his last controversial blockbuster: Walesa. Man of Hope, based on the Nobel Peace Prize winner’s biography. More specifically, the film tackles the sensitive subject of Lech Walesa’s political rise, career and achievement, made all the more challenging by Wajda and Walesa’s close personal relationship, and Walesa’s public criticism of the film prior to production.

In 1999, Wajda received an Academy Award “in recognition of five decades of extraordinary film direction”. He passed away on the 9th of October 2016, at the age of 90.