A Literary Tour Of Krakow, Poland

Krakow has a literary tradition unlike any other city in Poland. Many of the most important Polish writers were and continue to be connected to the city (as is the case with Joseph Conrad). The city is also home to a number of quaint book stores that attest to the role literature plays here — one in the Market Square is said to be the oldest in Europe! Learn more about Krakow’s strong connection to literature with this lettered tour of the historic town… 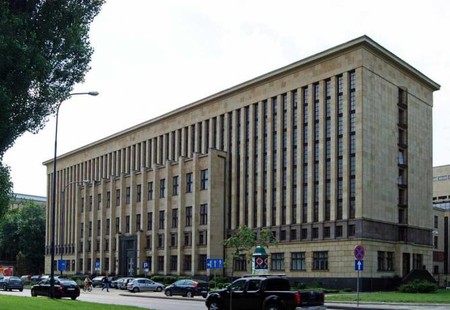 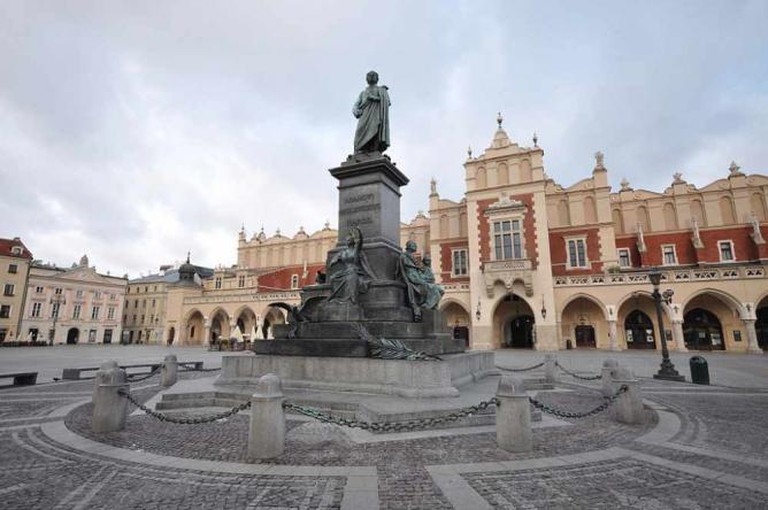 Adam Mickiewicz Monument | © Jlascar/WikiCommons
The library of the Jagiellonian University has almost 6.7 million volumes, making it one of the largest and most famous libraries in Poland. Among the rare books owned by the library is De revolutionibus, the seminal work of Renaissance astronomer and mathematician Nicolaus Copernicus. In this work, Copernicus placed the Sun, instead of the Earth, at the center of the universe – he was the first to do so. The library is also home to several other notable works, including many of Mozart’s original scores.
Open In Google Maps
22 aleja Adama Mickiewicza, Krowodrza Kraków, Małopolskie, 30-059, Poland
+48126330903
Visit Website
Give us feedback

Market
Facebook
Email
Twitter
Pinterest
Copy link
Share
Map View
In the very heart of the city stands a monument to poet Adam Mickiewicz, marking the epicenter of the Krakow literary universe. Mickiewicz is considered the greatest Polish Romantic poet of the 19th century, so perhaps it is fitting that he stands watch in the center of the Market Square. The bronze statue is accompanied by four allegorical groups symbolizing the motherland, science, courage and poetry. Each year on Christmas Eve, florists in town decorate the monument with flowers.
Open In Google Maps
Rynek Główny, Stare Miasto Kraków, Małopolskie, 30-962, Poland
Visit Website
Give us feedback

Organized every two years, the Miłosz Festival is the largest celebration of poetry in central Europe. The festival hosts some of the most important people in literature from around the world. Events during this four-day celebration of literature range from concerts and exhibitions to panel discussions and poetry evenings. There are even translators on site in what seems like every language imaginable. In all, the Miłosz Festival is a testament to the significance of poetry on Krakow’s cultural landscape. 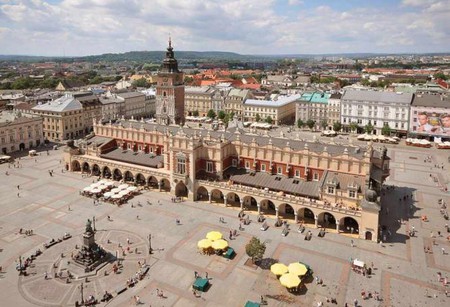 Bookstore, Cathedral, Market, Store
Facebook
Email
Twitter
Pinterest
Copy link
Share
Map View
This bookstore, the oldest in all of Europe, has a history that dates back to 1610. That year, a Krakow merchant named Franz Jacob Mertzenich opened a book store at this location in the Market Square, though it did not last long – he died three years later. It was not until the 1800s that this former tenement house once again began selling books. Today, this spot is not only a place to purchase books; it is also an important meeting place for authors and readers alike. The noted novelist Carlos Fuentes once called this Krakow landmark ‘the cathedral of book’.
Open In Google Maps
Krakow, Poland
Give us feedback

The Gothic style St. Mary’s Basilica is one of the largest and most important churches in Krakow. It is known for its massive late-Gothic altarpiece, a work completed by sculptor Veit Stoss that measures an impressive 11 meters by 13 meters. But St. Mary’s is also known as a literary hotspot in Krakow thanks to playwright, poet and Polish nationalist Stanisław Wyspiański. In his 1901 play ‘The Wedding’, St. Mary’s Basilica served as the backdrop of the marriage between a poet and a peasant girl.