A Comprehensive Neighbourhood Guide to Kraków

From the crumbling, old depots of Podgórze across the river to the Gothic spires of the UNESCO-tagged Old Town, we go right across Kraków to discover some of the coolest hangouts and districts. Enjoy… 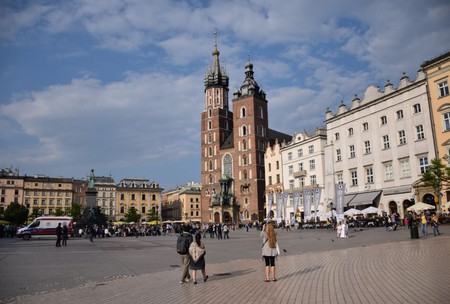 The Kraków Old Town is the beating heart of the city. Boasting a UNESCO World Heritage Tag for its wealth of aged medieval relics, the place is where travellers do the bulk of their sightseeing. Right at its centre is the colossal Market Square, which is one of the largest of its kind in all of Europe. That’s where the great twin spires of the St. Mary Church rise high into the air, and the old silk trading hall known as the Sukiennice throbs with souvenir stands.

The Old Town area (known in Polish as Stare Miasto in Polish) is also famed for its beautiful labyrinthine character. Cobbled lanes shoot off in all directions, hiding countless (more per square meter than any other town in Europe, some say) bars and drinking holes. The sounds of jazz echo out from the subterranean cellars and the scents of sizzling pierogi dumplings come from the milk bars, making the neighbourhood the most definitive in the city. It’s simply not to be missed! 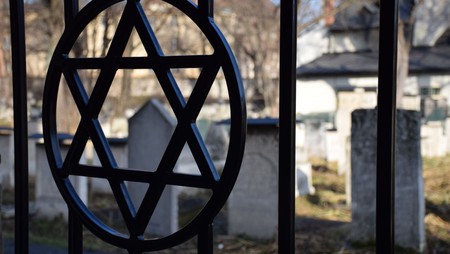 Kraków’s boho hub extraordinaire and the city’s answer to the hip Žižkov of Prague, or London’s artsy Soho, Kazi (as it’s affectionately known to the locals) is the old Jewish Quarter of the city. Because of the dark 20th century past of Kraków, the area balances sobering tales of Nazi atrocities with the newfound cool and chichi vibes of today. The history is raw at parts, like at the Old Synagogue on Szeroka and the New Jewish Cemetery. But charming Israeli eateries and hummus joints are now popping up in all the little nooks and crannies, and the area even hosts Jewish cultural festivals each year.

Kazimierz is also one of the alternative nightlife hubs of the town. Cool little vegan burger joints (check out Nova Krova) fringe the wide squares, there are enticing holes-in-the-wall touting Kraków’s trademark zapiekanki breads, and the buzzing plaza of plac Nowy beats with shot bars, vodka dives and late-night party haunts right throughout the week! 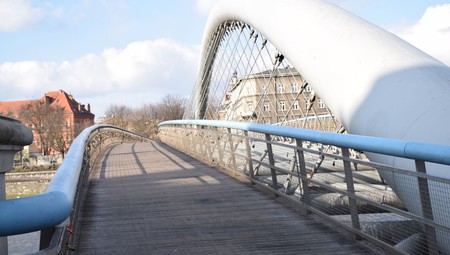 Going across to Podgorze | © LiveKrakow

Take a short walk over the Vistula River via the so-called Love Bridge (Kraków’s own padlock-heavy testimony to local couples – sorry Paris!) and the cool area of Podgórze spreads out along the banks. Forever vying with Kazimierz for the title of bohemian hub, the district is a worn and lived-in post-industrial place. It’s home to the famous Schindler’s Factory (a real must!) and one seriously thought-provoking Holocaust memorial on Plac Bohaterów Getta.

The westernmost end of Podgórze turns into the sub-neighbourhood of Zabłocie, which is now hailed as one of the most up-and-coming in the city as a whole. Here, you’ll find swish drinking spots like Krako Slow Wines and cafes hiding in historic depots from decades gone by (check out BAL for one of the best!). 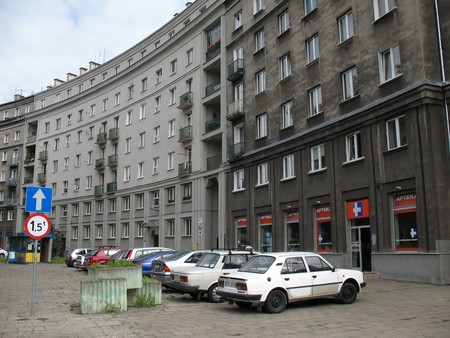 Go back just 70 years and what is now known as Nowa Huta simply wasn’t there. That’s because this sterile grid of interlinking roads and concentric boulevards that cling to the eastern edge of the city was the pet project of Kraków’s Soviet rulers in the period following the war. With all the brutalist panache of Joseph Stalin, the place is awash with huge tenement blocks and more concrete edifices than you can shake an old Trabant car at.

Today, things are slowly changing, and NH (as it’s been rebranded by some) is emerging as one of the cool hubs of town. Microbreweries are starting to emerge in the old warehouses, while the iconic Restauracja Stylowa is the place to go to relive the ages of the Communist past.