A Brief History of Dyngus Day in Poland 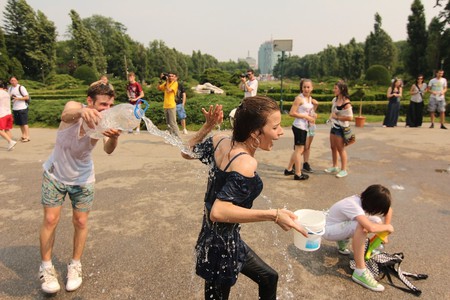 Smigus Dyngus, Dyngus Day, National Water Fight Day, Wet Monday; call it what you will, but it’s always sound advice to wear those waterproofs during Easter time in Poland. For more than 1,000 years (or at least that’s what most historical sources say), the folk of this great Central European country have spent their Easter Mondays dousing unsuspecting folk in cold water. The reason? Well, that’s unknown. The origin? Unknown, too.

The ancient tradition stems from a practice which saw peasant boys sneaking into the homes of unsuspecting women on the morning of Easter Monday. Right about when most people would be lazing about in a food coma of chocolate-induced lethargy, the bucket-wielding lads would douse their target and then – according to some reports – even proceed to drag them from their beds and out to the nearest river (for a second unwarranted bathing in the cold stream, of course).

It’s thought that the practice of Smigus Dyngus goes way back to the days before the Christianisation of Poland, and that it first occurred in 966 under the rule of Mieszko I, which should give an idea just how long ago the curious Easter tradition of today actually began.

Of course, given the suspected origins, the practice can hardly be attributed to the country’s newfound Christian faith. Instead, most scholars consider it an amalgamation of Slavic tribal practices (similar traditions exist in the Czech Republic and Slovakia), pagan belief and later Christian additions, all coming together to create a unique fusion of Easter celebration and polytheistic ritual.

With the supposed origins of Dyngus Day in mind, the meanings of the ritual become clearer. Just as Easter is thought to have once been a deep-rooted pagan celebration of the arrival of the spring equinox, perhaps going all the way back to the days of the ancient Egyptians, the curious Polish ritual of today can be seen as an extension of the same festivities. 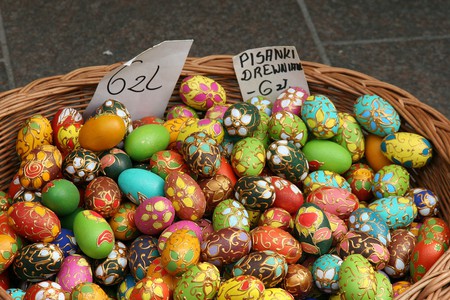 It should hardly come as a surprise that Dyngus Day coincides with the exchange of symbolic decorated eggs in Poland (and across much of Europe). That’s because the former pagan festival was probably dedicated to celebrating the fertility of the new season, and the prospect of a good harvest later in the year.

It’s in that same light that Dyngus Day must be viewed: as an esoteric nod towards the once pagan past of the Polish nation; one in which Easter was a time when these water-based rituals allowed for the amalgamation of important religious fertility celebrations and folksy courtship ceremonies that were, above all, deeply practical for the rural communities of the Slavs.

Dyngus Day is still very much alive in Poland. However, while most Poles will know of the gender divide that informs the old tradition, today’s practice has all but shed its adherence to the boy-girl courtship of yesteryear. Instead, Dyngus Day is more of a free-for-all; a public water fight which sees village squares come to life with aqua battles, regardless of the ancient significance they once held.

If you are in the country over Easter, beware of getting wet!