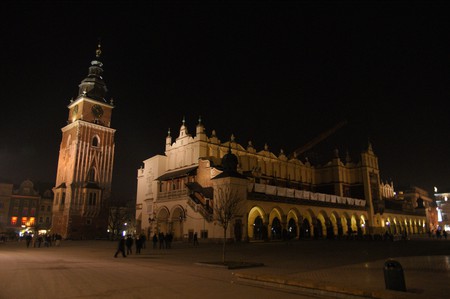 Standing tall and firm in the very middle of the Krakow Old Town, the Cloth Hall (or the Sukiennice as it’s known in the local lingo) is one of the most iconic buildings in this UNESCO district. Head in to flit between folksy craft stalls, and unravel a history that goes back all the way to the 14th century – it’s not called Europe’s oldest shopping centre for nothing!

By the start of the 1300s, Krakow was already a bustling, major trade hub of eastern Europe. Merchants came from all over the region, from the lands of Kievan Rus in the east, the duchies of Lithuania on the Baltic, Hungary, Germany and beyond, to trade their wares in the sprawling Main Market Square that sat right in the middle of the city centre.

It was around that time that planners had the bright idea of raising a permanent covering over the two main lines of stalls on the plaza. That would allow trade to continue when the rains fell, and even during the harsh blizzards of the Polish winter. 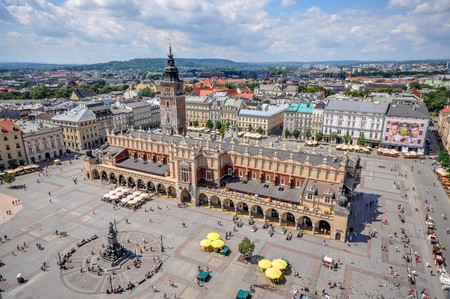 Unfortunately, a major fire damaged the earliest Cloth Hall beyond repair sometime in the middle of the 16th century. However, it was not the end of Krakow’s famous trading hall, because the city planners instigated a massive redevelopment project that saw the whole building redesigned in glorious Renaissance style.

It’s during this period, in the late 1500s, that the iconic Sukiennice that’s seen on great square today began to take shape. Money flooded in from the rich salt mines of nearby Wieliczka, bringing the elegant Gothic gargoyles by Santi Gucci and the frilly stairwells that adorn both ends of the massive trading space. It’s no wonder that this period is hailed as the golden age of the Cloth Hall. 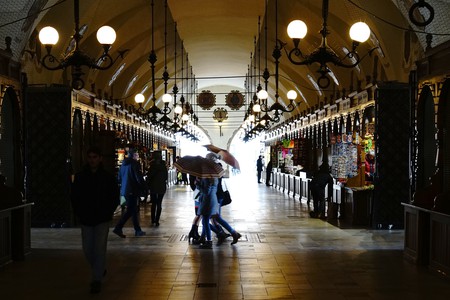 The downs and ups of later centuries

After Krakow lost its status as the royal capital of Poland in 1569, when the court was moved to Warsaw, the Cloth Hall –and much of the handsome Old Town with it – entered into a long period of decline that was to last a whopping three centuries.

It took until the later years of Austrian rule, towards the end of the 19th century, to properly gain traction for another major restoration project. Thanks to renewed interest from Imperial Vienna and its puppet state in Galicia, Krakow began to look tidy again. And the Cloth Hall wasn’t cast aside either…

Grand filigrees were added and the facade totally reconstructed to its former 15th-century glory. There were new, elegant design features put in the arcades outside (now a great place to sit for a coffee and some people watching), the upstairs museum space was created, and the handsome designs of Polish architect Tomasz Pryliński were used to give the whole structure a glowing veneer of ochre and red. 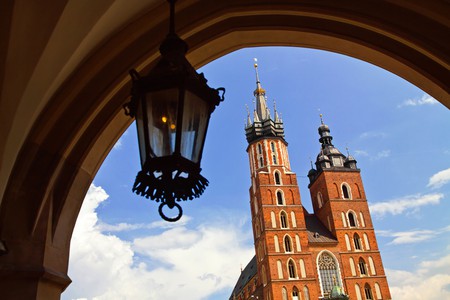 Today, the Cloth Hall still bustles with the energy of countless sellers and traders, only now its craft trinkets, amber, souvenirs and novelty shot glasses that take centre stage. It also still reigns as one of the most recognisable features of the Main Market Square; sat at the very beating heart of Krakow city.