7 Great Reasons Why You Should Visit Tczew, Poland

Tczew, Poland | © Aktron / Wikimedia Commons
Tczew, in Poland‘s Kociewie region, is a stunning riverside town with a fascinating history and a peculiar range of hidden gems for the curious tourist to be thrilled by. The town is on the main train route between Gdańsk and Warsaw and has a chilled out countryside vibe. These are seven great reasons why you should visit picturesque Tczew.
Tczew Town Hall © Don’t Stop Living

Bridge
Let’s get the sad facts out of the way early – Tczew has a torn past. World War II started here; ask any Tczew resident and they will tell you that. September 1, 1939 was officially the day when the Germans launched their attacks on Poland. Two of those attacks were in the port city of Gdańsk. The third attack was here in Tczew. The Tczew attack was the earlier one – apparently occurring at 4 a.m. when Germans were coming across the main bridge (Most Tczewski) and were spotted and thwarted initially by the Polish army. Later, the town was annexed by the Germans and became part of Nazi Germany until the liberation of 1945, which ultimately plunged the country into communism and an alliance with the then Soviet Union.Thankfully, the bridge has been since reconstructed and now acts as a very important link between the northwest of Poland and Germany to the west and Warsaw to the east. You can visit the bridge, and cross it by train or by foot. Its well designed towers also make it a great spot for photographers and Instagrammers.
Looks like it's closed Hours or services may be impacted due to Covid-19
More Info
Open In Google Maps
Tczew, 83-110, Poland
View menu
Visit website
Visit Facebook page
Send an Email
Give us feedback

Head to the town center of Tczew and the main town square, which is known locally as either Stary Rynek or Plac Hallera. Here, you will find a statue of a person on top of a concrete block. If you look closely, you will see that this is not a permanent statue. It is a statue that represents the current season, so they have four changing statues every year. Depending on the time of year you visit, you might see the Zima, Wiosna, Lato, or Jesien (Winter, Spring, Summer, Autumn) statue. All four of the statues can be viewed at the top of the building just behind, if you look closely. 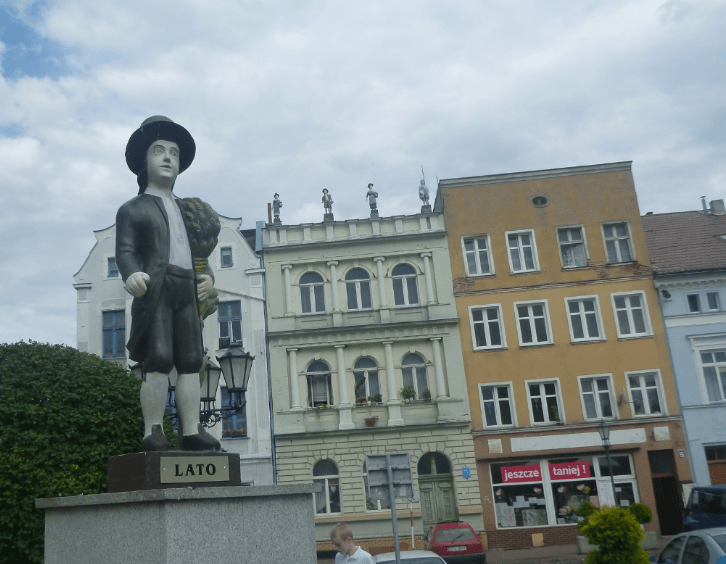 A little local secret is that Napoleon once slept here in Tczew! The place where he slept is also at Plac Hallera in the main square. It is not in any tourist guides or on the town’s maps, but head to the far righthand corner as you face the Wisła River, and it is the building on the corner. Napoleon slept in the room above the shop called Alicja Suknie Slubne. 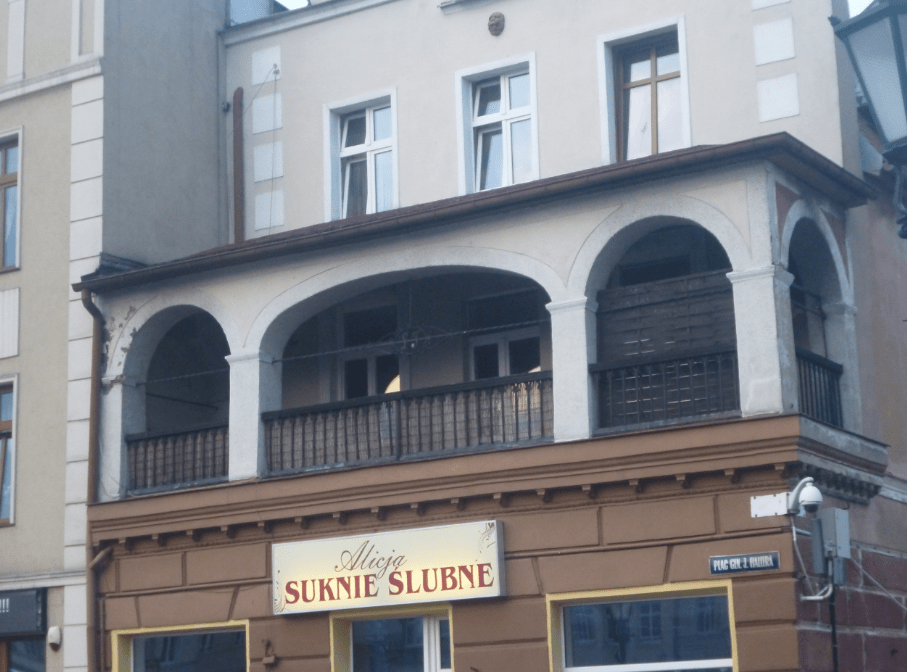 Spot the stationary trains around town

When you first arrive in Tczew, you might see an old black locomotive train sitting inside the train station. It’s a huge train station because the town is famous for its railway line, since basically there are six lines here and a huge railway bridge. Historically, Tczew was an important linking station between Poland and Germany. There are some stationary trains in parts of the town to visit.

Spot the Stationary Trains Around Town © Northern Irishman in Poland

There are at least three old trains to find. One of the trains is inside the popular Muzeum Wisły, the other in front of the Galeria Kociewska shopping center. Even the children’s play area by the river has a mock train used as a climbing frame.

Spot the Stationary Trains Around the Town © Northern Irishman in Poland

The town has a Dutch windmill in it!

A huge surprise for any visitor walking down Tczew’s main street, Ulica Wojska Polskiego, is there is a genuine Dutch-style windmill here! It was built in 1806 and is painted black. Since the 1980s, it has been in private hands. The unique feature of the Tczew windmill is that it has five sails at a time when most Dutch-type windmills only had four sails. 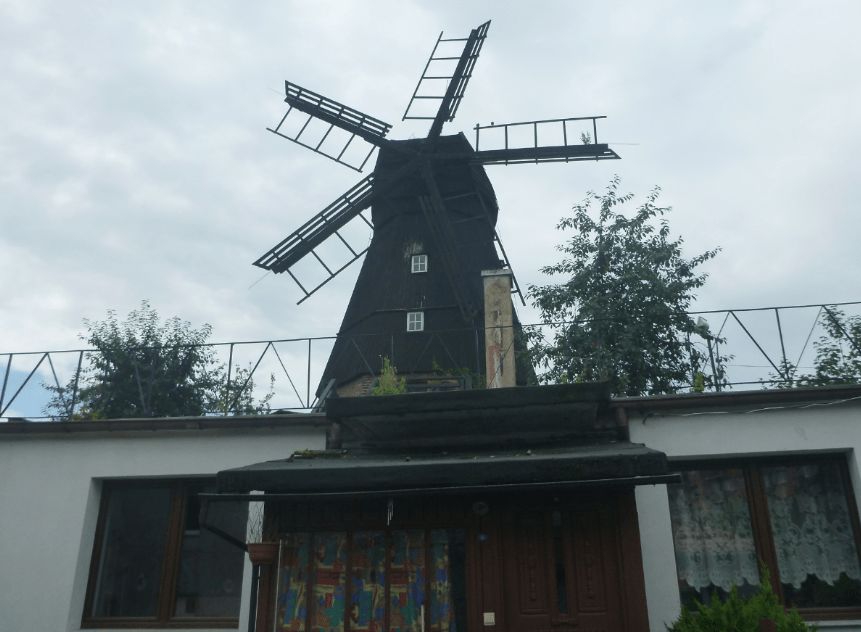 Watch the sunset over the river from Przystan Pub

Pub, Restaurant, Polish, $$$
Tczew has beautiful views of the Wisła River. In fact, it might even be the best place in all of Poland to truly relax by the Wisła River while still being in a large town. Head to the popular Przystan Pub for sunset cocktails and good food, right on the riverbank.
Looks like it's closed Hours or services may be impacted due to Covid-19
More Info
Open In Google Maps
6 Nad Wisłą, Tczew, Pomorskie, 83-110, Poland
+48605120050
View menu
Visit website
Visit Facebook page
Send an Email
Give us feedback

There is a free outdoor art gallery here in Tczew! Some of the walls around town have been painted with some beautiful murals, including one of a kiss and one of a fighter plane from the Second World War. 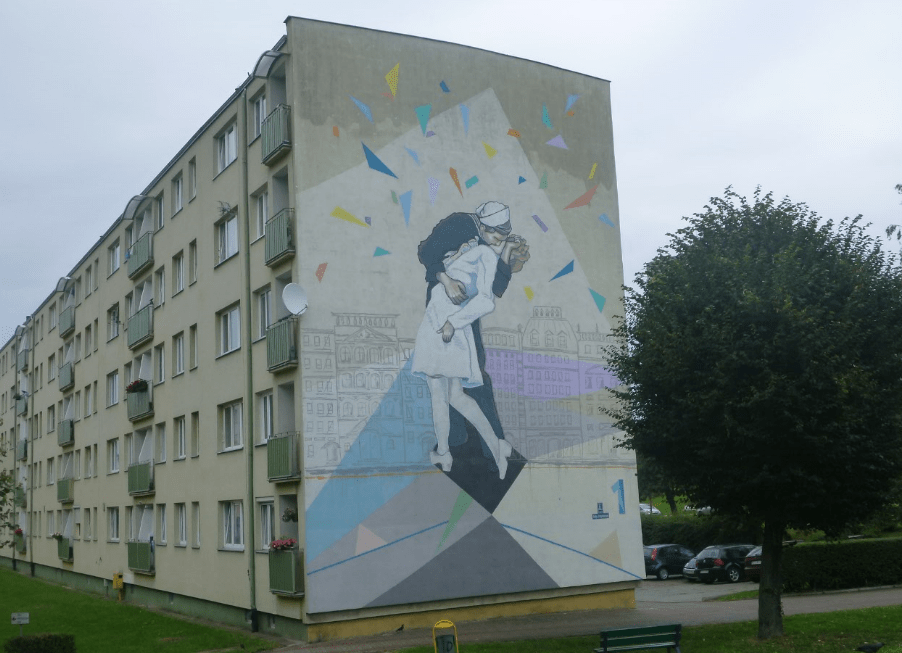 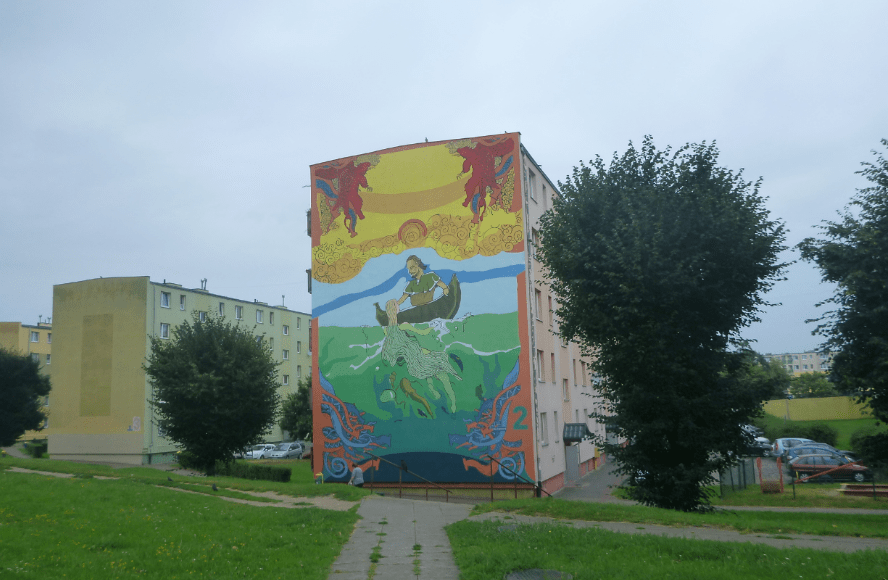 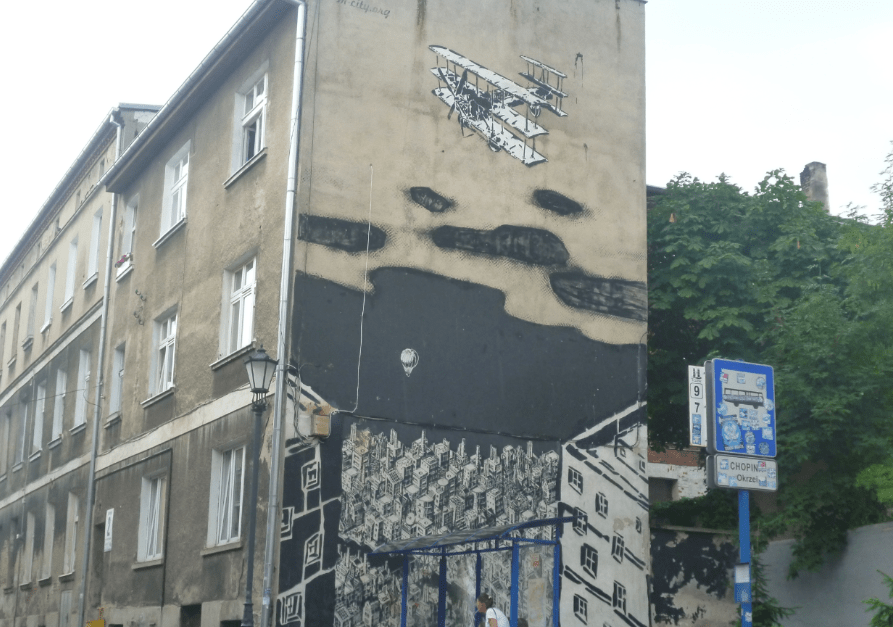