5 Things You Didn't Know Were Polish 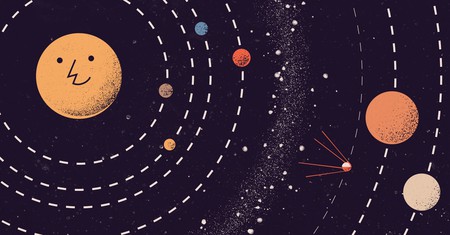 From science to make up, Polish scientists, engineers and businessmen are responsible for some surprising and revolutionary concepts. Our round up takes a look at five things that prove Poles are a truly talented bunch.

In the 16th century, Polish astronomer Mikolaj Kopernik (Nicolaus Copernicus) revolutionised science by establishing the heliocentric theory (stating that planets revolve around the sun instead of the other way around). He had been working on the concept for 16 years and finally published it in his book De revolutionibus orbium coelestium, just before his death in 1543.

The Bulletproof vest was invented by two Poles, priest/engineer Kazimierz Żegleń and inventor Jan Szczepanik, in 1897. It was made mainly of silk (which was one of the most durable materials at the time). The vest saved the life of Alfonso XIII, King of Spain in 1906, during an assassination attempt in Paris.

Believe it or not, the first Melex (electric golf buggy) was produced in the Polish town of Mielec in 1971.

US beauty brand Max Factor was founded by a Pole, Maksymilian Faktorowicz. He emigrated from Poland to the USA in 1904 and established his cosmetics company five years later. Max Factor first specialised in theatrical/movie make up, and Faktorowicz was known for applying make up to Hollywood actors himself.

Fashion TV was founded in 1997 by a Pole, Michel Adam Lisowski, a Warsaw-born businessman, who worked in Thailand’s fashion textile industry before moving to Paris, where the idea of Fashion TV was born. Lisowski invested in a trendy hangout called Café Paris and noticed people’s interest in fashion-themed video content projected on screens around the venue.