5 Reasons Why Polish Vodka Is so Much Better than Russian 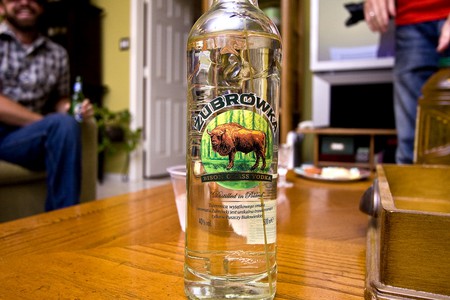 Long has the debate between Russian and Polish vodka aficionados raged on. The connoisseurs of the clear stuff from Moscow to Warsaw are locked in battle; the self-proclaimed masters of rye and potato brewing. Here are just five reasons there’s no doubt that it’s the folk to the west that should win…

There are so many flavours

It’s fair to say that classic clear vodka (known as just czysty in Polish) isn’t to everyone’s taste. That’s why the Poles have come up with a veritable kaleidoscope of flavours, each with their own loyal following. There’s the iconic wisniowka, which manages to get the better of many an imbiber with its deceptively sweet cherry taste. There’s orzechowka, which goes down just like a hazelnut-packed shot of Nutella. There’s pigowka with its sweet quince undertones. And that’s not even mentioning the mint vodkas, lemon vodkas, lime-infused vodkas – the list goes on! 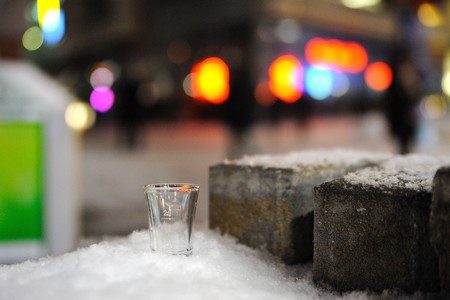 You get to drink it in Poland

Yea, okay, Russia’s cool and all that, but how about Poland. In the EU and covering a vast swathe of land from the Baltic to the Slovak Tatra Mountains, it’s got to be one of the jewels of the continent as a whole. And when it comes to vodka drinking, the Poles have nailed it. Check out the uber-cheap so-called 4/8 bars in Krakow and Warsaw, where you’ll be able to order a plate of pickled herring and a side of the clear stuff for just 12 zloty (£2.40). These bars aren’t ostracised on the edge of town either – they’re nestled in UNESCO World Heritage districts, or surrounded by other great bars and drinking establishments.

Things Poland is famous for: Marie Curie, Frederic Chopin, Copernicus, and being the home of some of the last few remaining European bison, of course. Yep, far on the eastern edge of the country, between the primeval woods of the Bialowieza Forest, there’s still a couple of these great hulking beasts roaming the land. Don’t worry though, while the gruff faces and hunched bodies of the bison are what decorate the label of the iconic Zubrowka brand, it’s not actually got any bison in it. Instead, it’s packed with bison grass; a distinct tasting herb that has overtones of vanilla and coconut. Beware: it makes those shots go down real easy!

At the risk of audible gasps from Russian readers, there are actually many experts that land on the Polish side of the border when it comes to picking champions in the age-old battle for the title of inventors of vodka. The reason? Well, in the absence of any real fact, Polish adherents talk about how the specific word ‘vodka’ appears in their early Middle Age texts before it does in Cyrillic texts across the border in Russia. Regardless that it is just a semantic victory, the upshot is that the Poles have been brewing their rye and potato concoctions for nearly 1,000 years. They’re bound to be experts at it now, right? 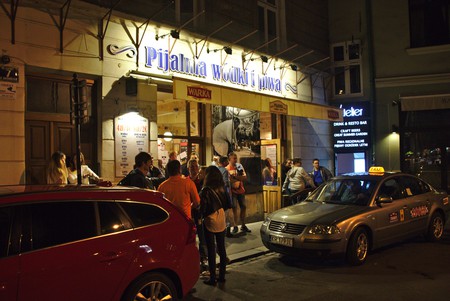 There are so many ways to drink it

Drinking vodka in Poland isn’t just about settling down with a litre and whacking back clear thimbles of the stuff until you conk out. In fact, there are many ways to sample the national drink, from long cocktails to flavoured shooters. For a start, no night out in Krakow is complete without at least one trademark Mad Dog shot – a medley of pure vodka, colourful raspberry syrup and a drop of tabasco sauce. Then there are the elegant cocktail bars of Warsaw, which turn that rye and potato tipple into something really special. It’s all about getting creative.