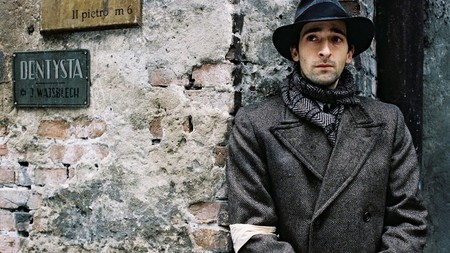 From dramatic 1950s war films to a coming-of-age tale depicting Warsaw’s contemporary party scene, here are five of the most interesting movies set in Poland’s capital.

This Oscar-winning movie was directed by iconic Polish filmmaker Roman Polański. The Pianist tells the story of a Polish-Jewish pianist, Władysław Szpilman (Adrien Brody), trying to survive in Nazi-occupied Warsaw during the Second World War. Filming took place partly in Germany (Berlin and Potsdam) and partly in Poland – most of the scenes were shot in run-down buildings in Warsaw’s Praga neighbourhood, situated east of the Vistula River. Three main locations took centre stage: a former factory called Fabryka Norblina, on the more central Żelazna Street; the army complex in the eastern Rembertów district; and inside of the historical Saski Hotel.

Directed by renowned Polish filmmaker Andrzej Wajda, Kanał was the first film about the tragic Warsaw Uprising of 1944, when Polish resistance fighters tried to liberate the city from Nazi occupation. The plot follows Lieutenant Zadra as he tries to escape the battleground through Warsaw’s sewer system, together with 43 men. One of Wajda’s Second World War trilogy, along with A Generation and Ashes and Diamonds.

Revolving around a tragic love story between two young people during the bloody Warsaw Uprising, Warsaw 44 is a powerful film, which was released to commemorate the 70th anniversary of the event. Packed with incredible special effects of explosions and the city before it was completely destroyed by the fighting, many of the scenes were filmed in the capital.

Krzysztof Kieślowski’s brooding masterpiece, Dekalog, is a series of 10, one hour-long films based on the Ten Commandments of the Roman Catholic Church. Each episode exemplifies the characters’ individual struggles with morality and God, explored through topics such as murder, punishment, greed, faithfulness and the worship of science. The film is set in a gloomy communist apartment block in southern Warsaw, where the lives of some of the characters cleverly intertwine.