5 Free Polish Festivals You Need to Go To 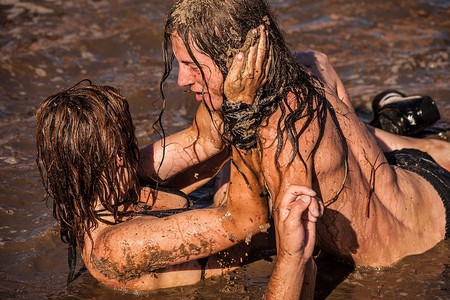 Poland has an abundance of festivals all year round as well as national holidays, special events and religious celebrations. But if you want to experience some of Poland’s festivals without spending money, how can you do it? This eclectic list of top-notch free annual festivals throughout the country should keep you occupied. 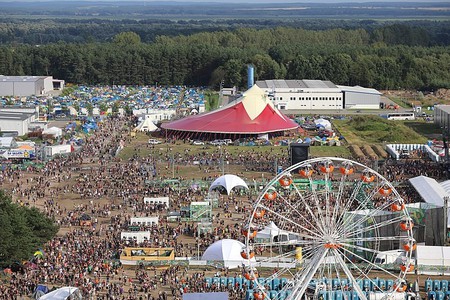 Woodstock is number one here. If you haven’t heard of Woodstock, you haven’t actually been to Poland. Held in Kostryn Nad Odra, the famous Woodstock Festival has been running annually since 1995 and is simply the biggest free open-air festival in Europe. Taking its name from the legendary U.S. festival, the gather is actually known as Woodstock Station, but locals usually just call it Woodstock. More recently it has become known as PolAndRock Festival, to avoid any copyright complications. Woodstock can attract up to 750,000 people and is widely regarded as a hippy music festival where meeting new people, indulging in alcohol and diving in mud is deemed mandatory. 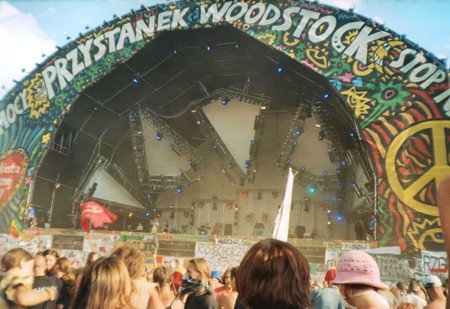 Woodstock is a completely free music festival held not far from the German border; the town of Frankfurt Oder sits just across the lake. The record attendance for Woodstock was in 2014, estimated to be around 750,000. Bands who have played at Woodstock include The Prodigy, IRA, Kaiser Chiefs and Papa Roach. The money to fund the festival is raised by a Polish charity called The Great Orchestra of Christmas Charity, which always welcomes donations. 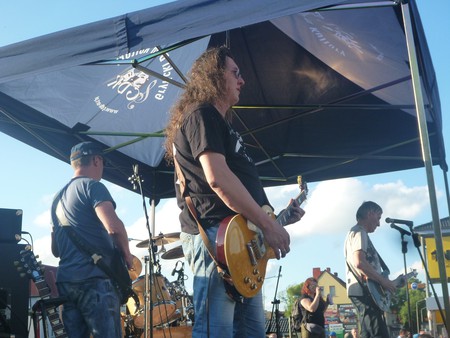 This unique Polish music festival is all about trains and unknown towns. The Blues Express festival is free entry for all and is held in seven different venues throughout the Wielkopolska province. It runs from noon until after midnight on a Saturday in early July. Just bring some food and drink and you can watch live bands for free. While the venues sometimes vary, generally the festival starts in Poznań just after noon. While the festival itself is free at each venue, if you want to join the train party and visit each different stage location, you will need to buy a train ticket. This train is where the festival gets its name from – get onboard the Blues Express! 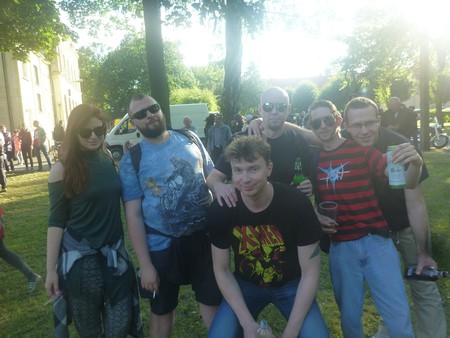 After starting in Poznań, the Blues Express train rails its way to the town of Rogoźno. Each town on the Blues Express route has a live stage, food and drinks available and plenty of room to dance, sing and party. Blues fans from all over Europe (and further afield) flock here for this extravaganza. The festival continues in Chodzież, Piła and Krajenka. By early evening, the festival has now moved to the town of Złotów. Each town along the way has its own events organised and many bands continue to play even after the Blues Express train has passed on. By the end of the evening, the concert comes to a close at the grand finale by a lake in the tranquil town of Zakrzewo.

When – Every Mid-July to Mid-August
Where – Gdańsk
Website – St. Dominik’s Fair 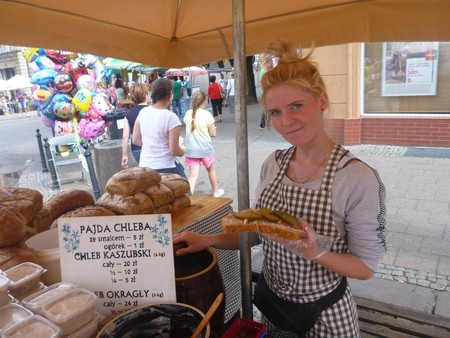 The seaside city of Gdańsk hosts a quite extraordinary festival every year which has been running since 1260. The 2018 event will be the 758th anniversary of St. Dominik’s Fair. It is an outdoor festival which basically covers the entire streets of the city of Gdańsk from mid July to mid August. You can expect four of five streets packed end to end with market stalls selling all kinds of knik-knaks from embroidered goods to Kashubian food to Spanish wine to Russian communist memorabilia. There are beer stalls, wine tasting, vodka venues which are all licensed to sell at the festival. 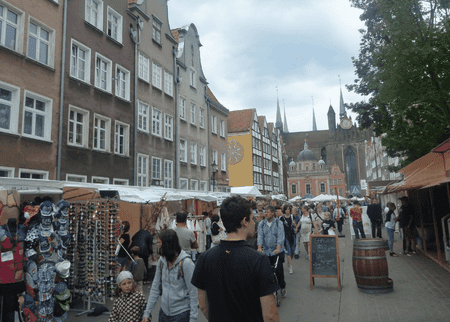 Away from the markets, St. Dominik’s fair has so much more to offer. There are outdoor stages hosting rock music, organ concerts, comedy shows and all sorts of performing arts. There are street parades, sports events and competitions. The opening ceremony attracts a large crowd, as does the strongman competition and the St. Dominik’s races. The closing ceremony ends in style with a long lasting fireworks display. 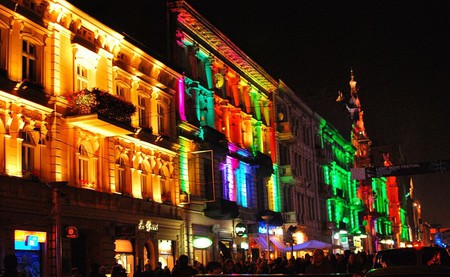 The city of Łódź plays host to a light and art spectacular once a year in Autumn time. The “Festival of Kinetic Art of Light” attracts crowds of over 500,000. Łódź is famous for its Piotrkowska Street, which is the largest straight shopping street in Europe. The Light and Move Festival dominates this boulevard, spilling over into the many nearby streets, bars, cafes and restaurants. 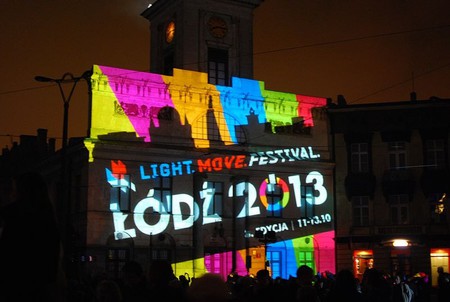 The Light and Move Festival is a fairly recent phenomenon, planned by ​​Norbert Wasserfuth-Grzybowski and Beata Konieczniak in 2009. The first festival occurred in 2011. Its aim is to give city dwellers of Łódź, tourists and authorities a unique chance to discover how light can enrich and add vibrancy to the public areas of the city. The festival also involves lots of music, dancing, drinking and eating; the city enjoys a three-day extravaganza, which comes alive in the evening. The festival aims to educate, enrich cultural identity and consolidate community spirit. 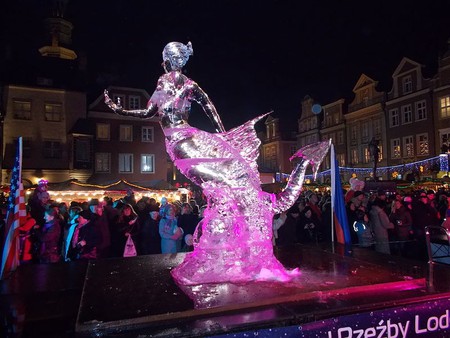 Every December, to liven winter spirits in the city of Poznań, there is an annual free ice festival, known as Międzynarodowy Festiwal Rzeźby Lodowej w Poznaniu. Held in the city’s pretty Old Town Square (Stary Rynek), ice sculptors from all over the world come here to carve out their icy masterpieces. Each sculpture is displayed live on a platform before attendees and judges have a chance to vote for the best ice sculpture. The creativity is stunning, with past sculptors making mermaids, lions, pianos and dragons, all from fresh ice. Bring some warm clothes and a camera; the festival is held outdoors, though a grzane piwo (hot beer) or grzane wino (hot wine) is never far away. 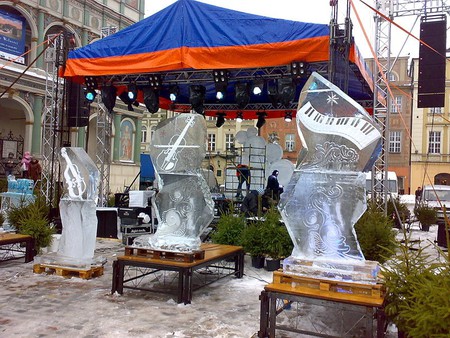