12 Things You Can Only Buy in Poland 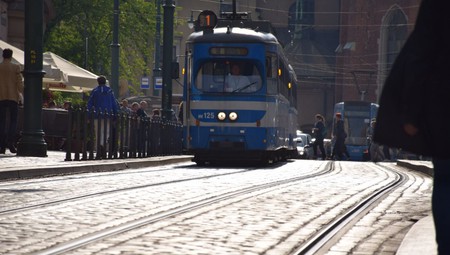 From potent rye tipples flavoured with unusual eastern herbs to carved wood pieces and smoky cheese, this list of 12 things you can only buy in Poland is sure to have one or two souvenirs to suit everyone.

No list of things you can only buy in Poland could possibly be complete without at least a mention of this iconic regional speciality. Made like normal vodka, the unique tipple is finished off with an infusion of herbs from the far-flung primeval forests of Białowieża. It’s available for purchase by the bottle in most Polish alkoholes (off licences), or as a shot in a vodka bar.

Arguably the main culinary speciality of Krakow is the obwarzanek Krakowski. This twirl of pastry is as large as a bread roll and as chewy as a traditional Austrian pretzel. It’s sold on the street corners all over town, sometimes topped with cheese or sesame seeds. Consider it the perfect snack to accompany a walking tour of the old city of Polish kings… 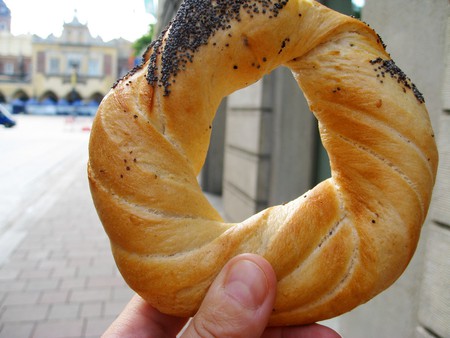 Head down to Zakopane, the charming winter capital of Poland, where gnarled streetlamps and timber taverns line the streets. There, between the snow plumes of January or the hiking groups of August, you’ll find regional sheep’s cheese that’s to die for. It’s best eaten straight from the grill with a dollop of cranberry sauce, but it’s also possible to buy vacuum packed chunks for taking home.

Designed to honor the efforts of the Home Army and the valiant soldiers of the Warsaw Uprising who rose against the Nazis in 1944, this iconic symbol is worn by many a proud Pole.

I don't remember where or why I took this picture of a statue of an anchor in Warsaw. The anchor was however the symbol of resistance of the Polish Underground State and the Home Army during Nazi occupation. It was routinely painted on walls as psychological warfare. Later, under Soviet occupation, it was banned — though it continued to be used in exile. #anchor #anchorsofinstagram #warsawanchor #kotwica #underground #resistance #exile #governmentinexile #polishundergroundstate #homearmy #armiakrajowa #ak #rządrzeczypospolitejpolskiejnauchodzstwie #mazurekdąbrowskiego #pomścimywawer #polskawalcząca #pw #warsaw #warszawa #mazovia #mazowsze #województwomazowieckie #poland #polska

Salt from the Wieliczka Salt Mine

There was a time when salt from the deep tunnels of this UNESCO World Heritage Site just outside of Krakow would have been carted all across Europe, to the tables of kings and consorts in far-flung realms. Today, however, after the end of commercial mining in these parts back in 1996, it’s only available in regional stores and the gift shop of the on-site museum… 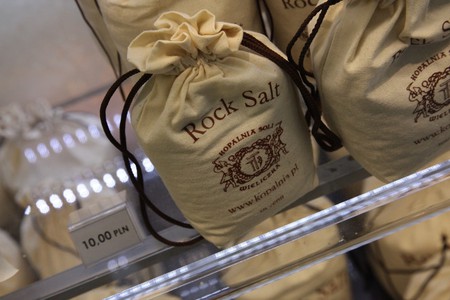 Ever since the Middle Ages, Polish artists have been renowned for their skill in the wood carving department. From elaborate altarpieces and religious icons, there’s a whole subsection of craft focused on whittling and chipping across the nation. Consider picking up your own skilfully made Polish eagle or folksy gnome figurine.

Tankard emblazoned with a white eagle

Combining national pride with the other great Polish pastime of beer drinking, a glass tankard emblazoned with the white eagle of the national flag is the perfect souvenir from that boozy weekend of partying on the Krakow pub crawl. Just saying.

Although amber is famed right across the Baltic region, it’s the craft workshops of Gdansk that have risen to become best-known for their unique shine and finish of the precious fossilised tree sap. Head down the bustling strip of Mariacka Street to see the most popular sellers, and always lookout for the official KIGB certificate before you start haggling for that necklace. 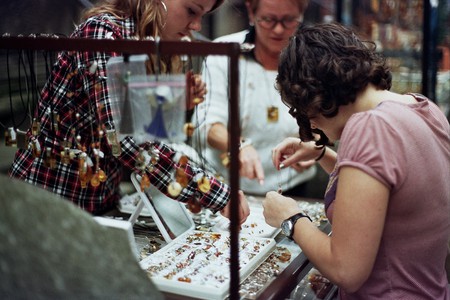 Everyone loves a little gingerbread, right? Cue Poland’s famous piernik sweet cake, which hail from the little known city of Torun. Eulogised for its tasty flavour by kings and dukes and even Frédéric Chopin himself over the centuries, the treat really is worth traveling all that way for!

Following the tradition of regional Polish dolls, the Kaszubka doll is the Pomeranian version of this national craft. Charming and folksy, these authentic little creations have been designated as a national item by the Polish Ministry of Culture. They come with quaint dresses or colourful folk clothing, all handmade in the centuries-old style.

Although you might be able to bag one of these cushiony, uber-cute cuddly toys shaped to mimic the formidable Wawel Dragon of Krakow on Ebay, that’s not really in the travelling spirit, is it now? Instead, opt for the local stalls and sellers that crowd around the castle and the Vistula Boulevards.

Italy might have pizza and Israel is the king of flatbreads. But Poland, well…Poland has the zapiekanka. Yep, this baguette, cut in half, topped with cheese and mushrooms and doused in garlic mayo and ketchup is the Slavic answer to it all. Be sure to grab one of the best on Krakow’s plac Nowy.