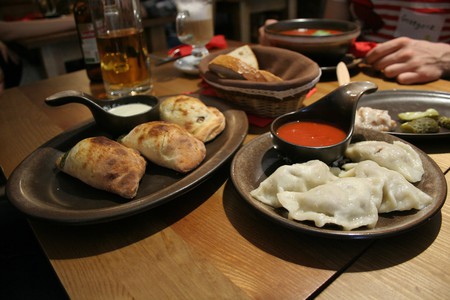 Polish people love to travel and they also love to work hard, both in Poland and abroad. When away from home though they must miss some things, right? Of course they do – here’s our round-up of those all-important creature comforts that you just can’t get outside of Poland. 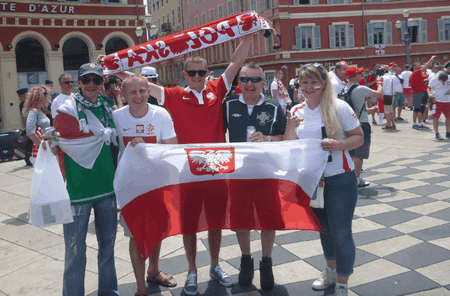 It’s no secret that Poland excels at public transport; the country is a world leader in the field. Trains, buses and trams normally run on time. Which means: miss your scheduled train to Gdynia and your ticket is rendered useless! Welcome to Poland! Polish railway experiences, are some of Europe’s most scenic and peaceful train journeys. The country also has immaculate airports, locally run boat cruises on rivers (in towns like Tczew and Bydgoszcz) and a very efficient public transport system prevails throughout. None more so than in Warsaw, Gdańsk and Poznań. But don’t forget to buy a ticket and validate it on entry. 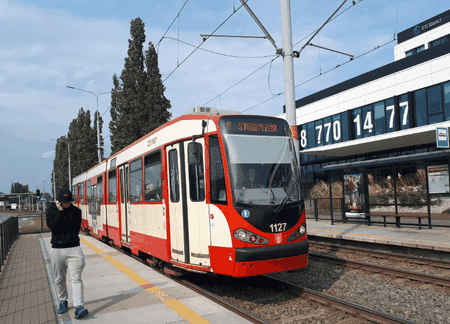 Of all the countries in the world, Poland has developed an outstanding local currency that not only works but enhances self-pride and nationalism and even contains portraits of the country’s age-old Kings. “Long live Poland”, screams the Złoty, somewhat eloquently. The Złoty (singular) or Złotych (plural) is so easy to use and understandable that it can be annoying and confusing once you travel away from Poland. In Poland, the currency is well managed, easy to understand and has good exchange rates making Poland one of the easiest countries to travel in money-wise. So much so that when Poles leave, they suddenly realise how good their banking and monetary system is. On top of this, Poland also receives more money back from the EU than the country itself puts in, though this does not take into consideration the large amounts of Polish people working abroad and contributing to other tax and governmental systems.

These notorious milk bars, known as ‘Bar Mlecznys‘ are all over Poland, mostly on prominent streets in large towns and cities. They have been in existence since 1896 and are a completely national institution, subsidised by the government. You walk in, check a very easy to understand yet hearty menu, pay for your food, find a seat and they buzz to tell you your food is ready. The real joy here is the price. Since the government subsidise the system, you can get a full meal from between 8 and 15 Złotych (US$2.2 to US$4.1). Typical dishes are soup, pierogi (Polish dumplings), naleśniki (Polish pancakes) and washed down with Kompot (Polish juice). 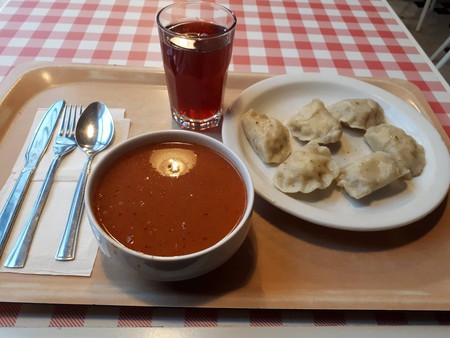 Search the streets of any major Polish town or city and you will encounter the unmissable Żabka (which means ‘baby frog’). These cute little shops are the Polish equivalent of a 7-11, selling everything from milk to cigarettes, to hot dogs, yoghurts, biscuits and beer. Their opening hours in Poland are generally 6am-11 pm and along with the very locak ‘Alkohole 24’ outlets, they provide Polish people with a nearby, cheap and easy place to stock up on food and drink. 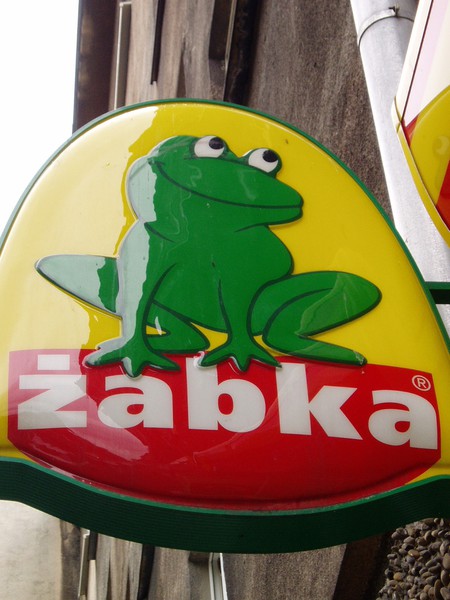 Oh how this fermented dairy drink is missed. The fact is, you can buy kefir elsewhere and it’s not even Polish – having originated in the Caucasus region. But Poland makes kefir to perfection and Poles know it’s not the same when the bottle doesn’t say ‘Made in Poland’ on it. Besides, it’s one of the best hangover cures in the country so it wouldn’t quite have the same effect abroad. A night on the tiles on good Polish vodka, up early with your morning kefir fix and you’re ready for another day. Abroad, the impact lessens. This is pure Poland. 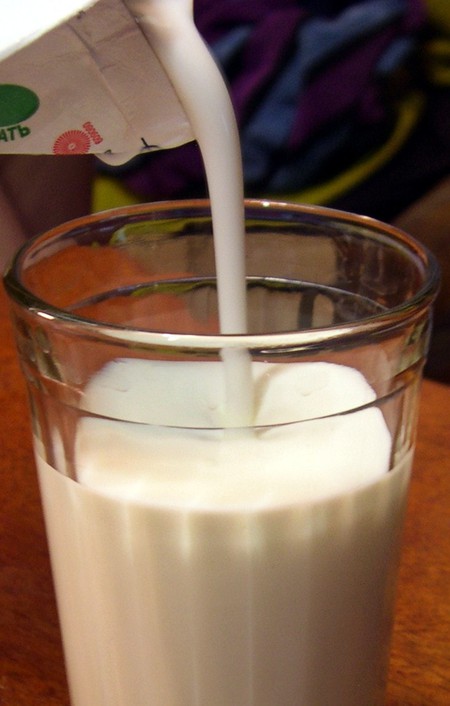 Again, like kefir, you can get Polish food abroad and also similar food, but let’s be honest here – Polish food could make a list like this of its own for things people miss about Poland when they leave. Even just something simple like pączki (delicious doughnuts) or bigos (meat stew) or ogorki (pickled gherkins) are never quite the same. But then throw pierogi (dumplings), tatar (raw steak with egg and vegetables), gołąbki (cabbage wraps) or zapiekanka (bread with mushroom and cheese) into the mix and they are almost irreplaceable. Polish stores and restaurants in Chicago and Southampton attempt to fill the void, but people know, it’s never quite the same. 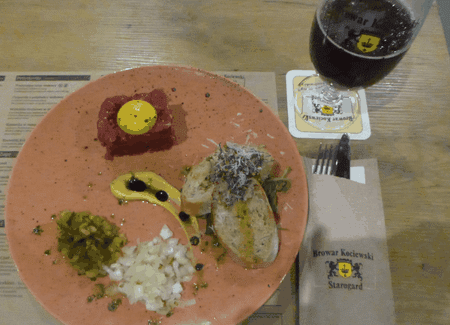 Beer and Tatar in Starogard Gdański | © Northern Irishman in Poland

You think Old Town squares are the same the world over? You’re wrong. Polish Old Town squares are not just beautiful but they don’t have the whole commercial or touristic stigma attached to them. They are not full of hoardes of locals trying to sell you things, they are not crime-ridden. They are often just beautiful, peaceful spots to be enjoyed, with cafés, restaurants and bars a plenty all around. Plus Polish Old Town squares normally have a church with history and a town hall in them. Towns outside Poland cannot quite match their irresistible charm. Plus their photogenic appearance make them extremely popular with snap-happy Facebookers and Instagrammers. 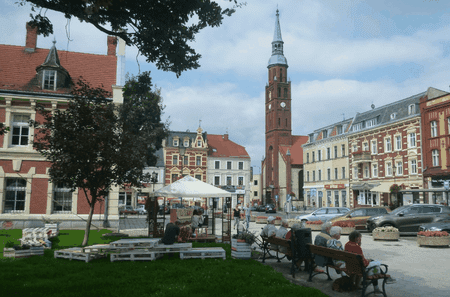 What is a Ruch? A Ruch kiosk is a small kiosk that sits alone and outside in many towns and cities in Poland acting as a fast, cheap and easy place to buy basic items such as newspapers, water, cigarettes, biscuits and bus tickets. Although there are corner shops, kiosks and other similar outlets around the world, none of them are quite the same as a Ruch.

Poland’s ice cool, run of the mill, everyday supermarket of choice is Biedronka. Although actually Portuguese owned, the company doesn’t have any outlets outside of Poland. As of 2015, there were 2,690 Biedronka stores in Poland, employing around 55,000 people. The brand is a national phenomenon, distinctive on the streets of Poland by its Ladybird logo, a play on words, as the Polish word for “poor” is “biedny“. 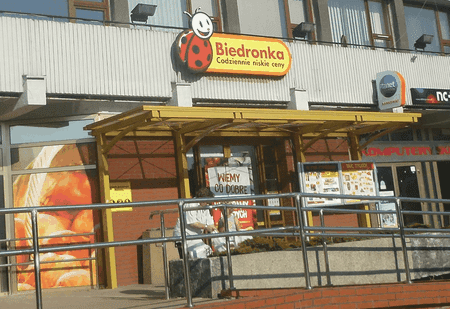 Of all the countries around the world, Poland has a lot of proud national holidays, not witnessed in many other countries. These are days off all for a good purpose, nothing is random. For example, All Saints Day on November 1 is a time to go to the graveyards,December 24 is a day for no meat, no alcohol and ’12 dishes’, while Easter Monday is known as Śmigus-dyngus, where people throw water over each other! Not to mention the fact that Poland’s population is over 85% Roman Catholic, which means that Christmas and Easter are also widely celebrated. Polish people abroad often miss these holidays which are seen as a time for togetherness, for relaxation, for family and for the church. 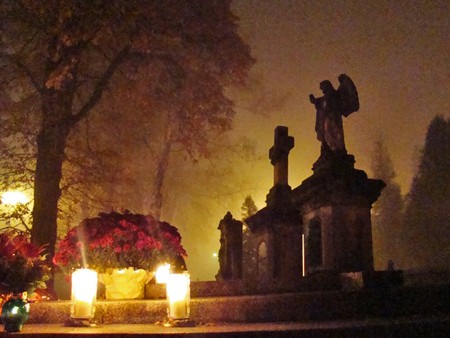 Candles lit at graveyards on All Saint’s Day | © Silar / WikiCommons

Sure the internet is great for reading the news, but it defeats the thrill of your Thursday local newspaper being released. Besides, the printed version of the newspaper itself always has more information than the internet will. Plus you can read it in the doctors surgery or on a bus without using any batteries. And because the Polish language can be tricky, reading the newspaper is great for the vocabulary and stories.

Polish local newspapers | © Northern Irishman in Poland
Give us feedback