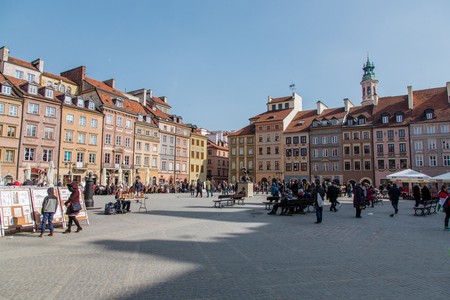 Warsaw’s Old Town Square is one of the most touristic parts of Poland. It attracts thousands of visitors daily who flock to pose by the famous mermaid statue, admire the coloured architecture and eat and drink in the bars, cafés and restaurants. The square was destroyed during the 1944 Warsaw uprising, but has since been restored to its former glory and is now a UNESCO-listed World Heritage Site. Delve a bit deeper into this square, and you will uncover some mysteries and unusual unknown details. This list reveals ten surprises and secrets in store while visiting Warsaw’s pretty Old Town Square.

The mermaid was moved away for over seventy years

One of the most photographed monuments in Warsaw is the mermaid statue (syrenka) in the Old Town Square. Tourists flock here all year round to take a selfie next to this Warsaw icon. However, this statue wasn’t always here. The history books show that the mermaid statue was first placed here in 1855, while a creature of some kind has been on the Warsaw coat of arms since 1390. The statue was moved in 1928, and during Communist times it was moved to various parts of the city, before returning in the year 2000, where a mermaid statue has remained ever since. 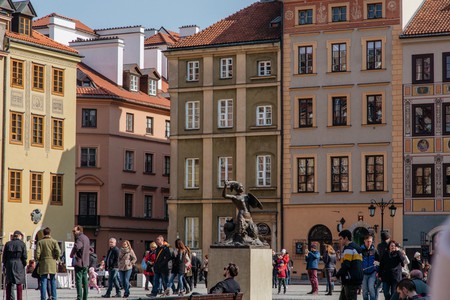 There are two mermaid statues in this square 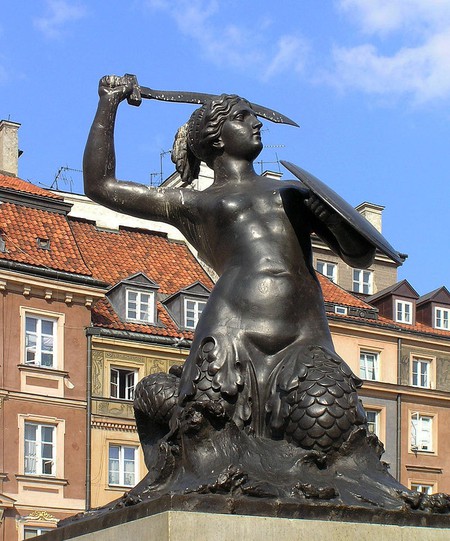 There is no town hall here

Perhaps the oddest peculiarity about Warsaw’s Old Town Square is the fact there is no Town Hall (Ratusz) here. This is unheard of in most towns and cities in Poland, where the town hall forms arguably the most significant building and focal point of the Old Town Square. Large cities such as Opole, Lublin and Poznań all have a distinctive and instantly recognisable town hall in their main square. Even the smaller Polish cities such as Starogard Gdański, Kościan and Zamość have a pretty town hall, so where is Warsaw’s? The fact is that there was a town hall here. It was originally built in 1429, but it was removed completely in 1817 and never rebuilt. It had four sides and a clock tower, but is now condemned to the history books.

The Old Town ‘Square’ is actually a rectangle

Traditionally, Old Town squares in Poland should have been squares with the exact same dimensions on each side. Warsaw breaks the rule, as the square is 90 metres by 73 metres. Somehow the name ‘Old Town Rectangle’ doesn’t quite have the same appeal, though. 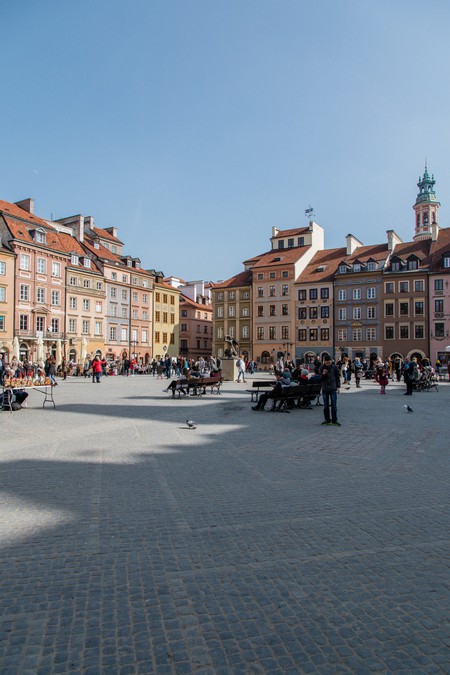 All four sides have names

Warsaw’s Old Town Square has four sides each with their own name. They are all named after 18th-century Polish politicians. Starting from the north side, which is Strona Dekert (named after Jan Dekert); the east side is Strona Barssa; the south side is Strona Zakrzewskiego; the west side is Strona Hugo Kołłątaja. Despite this fact, most Polish people don’t even know about these names and when arranging to meet a friend they will use compass directions, meet at the mermaid or cite the name of one of the restaurants to meet outside.

Buildings have their addresses on nine different streets

Despite being a single square, there are nine different addresses here. This is because each corner of the square has two streets that meet and end at the Old Town Square. The first numbered buildings on each corner are on each of those eight streets. However, all flats facing into the square have merely one street address – Rynek Starego Miasto (Old Town Square). The other eight street names are Ulica Celna, Ulica Jezuicka, Ulica Kamienne Schodki, Ulica Krzywe Koło, Ulica Nowomiejska, Ulica Wąski Dunaj, Ulica Zapiecek and Ulica Świętojańska. 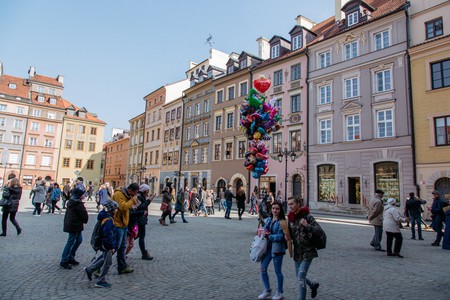 There is no church in Warsaw’s Old Town Square

Perhaps most surprisingly of all, there is no church in the Old Town Square in Warsaw. Poland is a strong Catholic country, and most squares throughout the country have a church. Yet here, in arguably the most important square in the country, there is no church. The reason for this cannot be truly known but probably the proximity of so many churches nearby meant there was no reason for one church to be central or deemed more important than the others. Within a five-minute walk of the Old Town Square, you will find the Royal Cathedral (known locally as Bazylika Archikatedralna w Warszawie p.w. Męczeństwa św. Jana Chrzciciela) and many smaller churches.

There used to be public executions here

These days, the square is a peaceful and calm place, bereft even of any protests. However, in medieval times, this was the venue for horrific public executions. There were public beheadings in the 17th and 18th centuries in the square, notably Konstanty Kotowski, who was killed for his part in the murder of Field Wincenty Gosiewski in 1662. Then in 1794, the leaders of the Targowica Confederation (which opposed the Polish constitution) were hanged right in front of the town hall. There is no evidence or memorial to such events in the current Old Town Square. 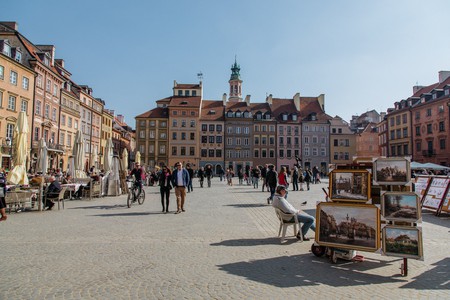 Head to U Fukiera restaurant located at Rynek Starego Miasta 27 for a real treat. This elegant and traditional restaurant dates back to 1810 and is now owned and run by famous Polish chef Magda Gessler. Through the years, celebrities such as Claudia Schiffer have dined here and continue to do so, and some of their photographs appear on the walls. The restaurant has a fantastic range of authentic Polish food to be devoured in a truly exquisite atmosphere.

No motorised vehicles are allowed

Officially, the Old Town Square is closed to vehicular traffic, and fines will be imposed. Cars and vans with special permits such as those delivering goods to cafés are allowed, and, of course, public services such as police and ambulance are allowed access.