A Tour of Warsaw's Most Unique Architectural Landmarks 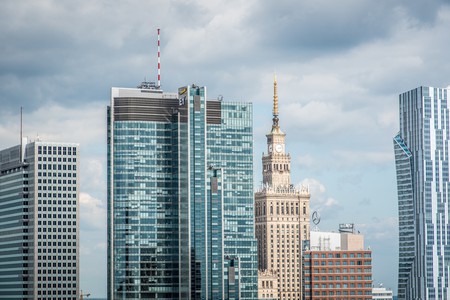 Warsaw’s architecture is shaped by Poland’s turbulent history, from the Stalinist Palace of Science and Culture and communist-era apartment blocks to the historical Old Town, meticulously reconstructed to its former glory after the Second World War. Here are 10 of the city’s top architectural highlights.

Palace of Culture and Science

Warsaw’s tallest and most controversial building, the 237-metre high Palace of Culture and Science was a ‘gift’ from Stalin, built in 1955. Designed by Russian architect Lev Rudnev, it’s an example of socialist realist architecture, which still reminds many Poles of the Soviet occupation. 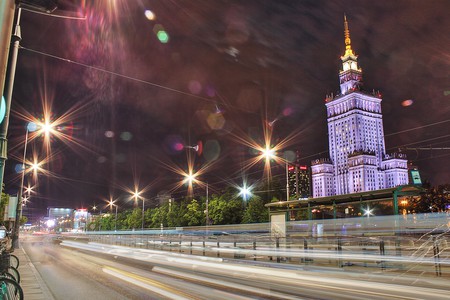 Another example of social realist architecture is Constitution Square, which was built in 1952. Located in the Śródmieście district, the square is filled with six- and seven-floor monumental residential buildings, which now – apart from flats – house cafés, restaurants and offices.

POLIN Museum of the History of Polish Jews

Designed by Finnish architect Rainer Mahlamäki, the POLIN museum was erected in 2013 on the site of the former Warsaw Ghetto. Composed out of glass, copper and concrete, the rectangular building features a diagonal, cavernous entrance, which symbolises Jewish suffering in the Second World War. 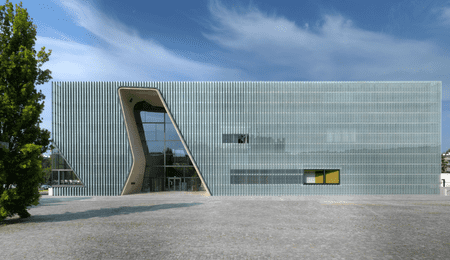 During the Second World War, Nazi troops deliberately destroyed Warsaw’s Old Town – 85% of the historic city was obliterated. It was then meticulously reconstructed in the post-war period into what is now a UNESCO World Heritage Site. 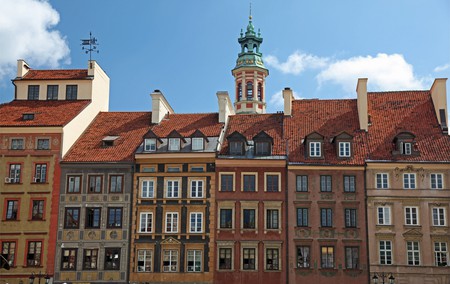 One of the Polish capital’s cult design landmarks, the former train station ticket office (now a hip bar) known for its circular, concrete roof and neon sign is a great example of communist architecture. 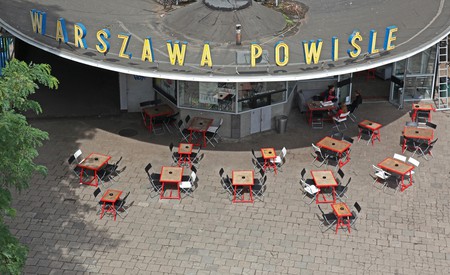 Cosmopolitan is one of Poland’s tallest residential skyscrapers, located in the centre of Warsaw. It was completed in 2014 and designed by German-American architect Helmut Jahn.

The work of Italian architect Enrico Marconi, this Renaissance-style historical landmark dates back to the 1850s and is currently being refurbished to house an ultra-luxury hotel, as well as shops and offices.

A post shared by Krzysiek Wojciechowski (@krzysiekwojciechowski) on Nov 20, 2016 at 7:31am PST

An example of postmodernist architecture, the University of Warsaw Library was an eco-design of Polish architect Marek Budzyński in the 1990s. Standout features include a foliage-cloaked façade and a spectacular roof garden offering amazing views over Warsaw’s skyline. 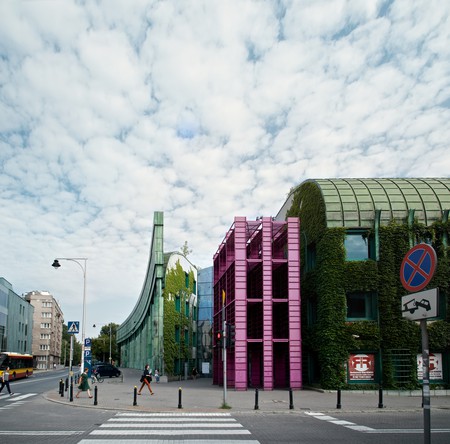 When walking around Warsaw, you’re very likely to spot communist-era apartment blocks, once grey and grim, but now painted in pastel colours to try to change negative perceptions associated with the regime.

The magnificent Wilanów Palace marks the end of the Royal Route, which connects the historical Old Town with the south of Warsaw. It survived the war almost intact, enabling tourists to admire its baroque façade and ornate interior.