10 Of The Most Groundbreaking Ballets

Ballet is an art form that has continuously metamorphosed due to the work of innovative choreographers and composers who reimagined the aesthetic and purpose of every production. Here, Culture Trip examines 10 of the most innovative ballets that have shocked, inspired, and redefined the art. 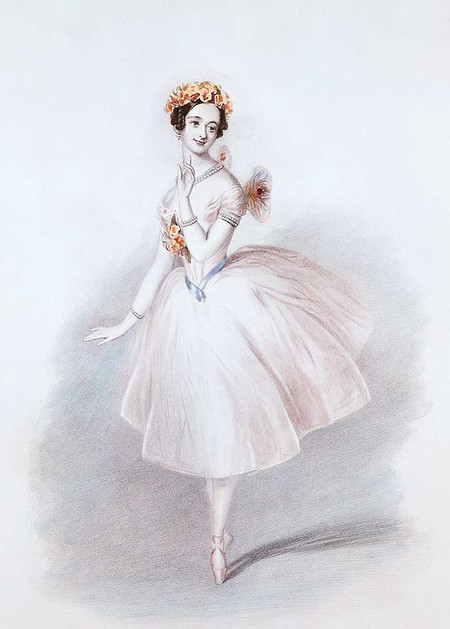 Chopin’s delicate preludes for La Sylphide are probably familiar to even those who are not acquainted with the ballet. La Sylphide is one of the oldest ballets ever to be performed, and the version that contemporary audiences are familiar with is not even the original. The ballet was first choreographed in 1832 by innovative choreographer Taglioni whose choreography has been regrettably lost in time. Instead, modern ballet companies perform Bournenonville’s version, choreographed in 1836. La Sylphide re-appropriated the use of the pointe shoe in classical ballet in that dancers were no longer expected to teeter ungracefully for an acrobatic feat but rather use them as an extended aesthetic function of their figure. The ballet allows for playfulness and centers around a white tulle-clad sylph, or fairy-like spirit, who falls in love with James, a Scottish farmer.

Giselle, first performed in 1841, was heralded for it’s intrinsically romantic themes despite the era of romanticism having passed. It was one of the first ballets to have the choreography and score created simultaneously and synchronized — thus, the two are seamless in a way that was never experienced at the ballet. In their choreography, Coralli and Perrot make distinct use of mime, and each choreographed conversation is mirrored sonically in Adolphe Adam’s dramatic score. The ballet was hugely popular and performed in various countries. One of the most notably romantic and famous movements of the ballet is the mad scene, in which Giselle dances through a delirium and eventually falls dead from a broken heart.

Sylvia is a mythological ballet that was first staged in Paris in 1876 and was initially met with lukewarm reviews. However, Frederick Ashton choreographed and staged a remarkably successful revival in 1952, during his time as the Royal Ballet’s resident director, following a dream, or visitation, from Delibes (the original composer) who implored him to resurrect his previously underwhelming ballet. Although the original choreography was never deemed sensational, Delibes’ score was heralded as innovative, active, and symphonic. Upon hearing the original ballet, Tchaikovsky even lamented that had he heard it earlier, he would have envisioned the score for Swan Lake completely differently. Ashton choreographed Sylvia for his muse Margot Fonteyn, commenting that only a dancer of her caliber could truly embody the principal role and implying, of course, that Fonteyn’s technique was completely unparalleled. The ballet is unconventional and was deemed shocking due to the inherently masculine portrayal of the female corps to ballet, who are adorned in armor and cast as female warriors, all loyal to Diana.

The Firebird was the first original ballet commissioned for the Ballet Russes at the time of their formation in 1910. The ballet is notable in that it has undergone countless reincarnations while keeping the same score, inspiring choreographers such as Jerome Robbins and most notably George Balanchine. It was the first piece in Igor Stravinsky’s illustrious career as a composer for ballets, especially those for the Ballet Russes. The most famous scene of the ballet is ‘The Infernal Dance,’ danced by male principal role Prince Ivan. 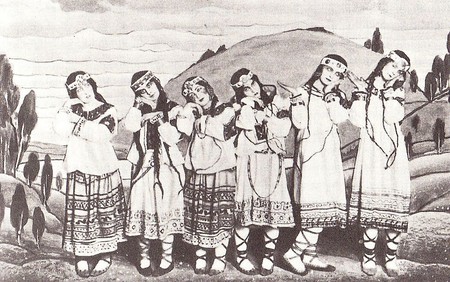 Original dancers in The Rite of Spring | © Unknown/WikiCommons

The Rite of Spring

Stravinsky’s 1913 score for The Rite of Spring was so unprecedentedly discordant that once, during a rehearsal, the orchestra incited quite a rage in him by breaking into a strange nervous laughter. The original ballet could be described as one of the first of the avant-garde. However, Leonide Massine’s 1920 second choreography made a masterpiece that is still frequently revived. It is a plotless series of choreo-musical movements that center around pagan Russia. The dancers move in a way that allows them to become one with the earth, and the final movement is a vague ritual in which a girl chosen for sacrifice dances herself to death.

Although the ethereal costuming and all-female corps harken back to works such as La Sylphide, Balanchine’s Serenade is a reverent and plotless re-appropriation of the female dancer. He described it as ‘a dance in the moonlight,’ bereft of those frequent balletic tropes of female longing and helplessness. Balanchine incorporated many foreign ballet techniques and disciplines into the ‘melting pot’ of American dance and created distinctive geometric lines in the 1934 ballet. 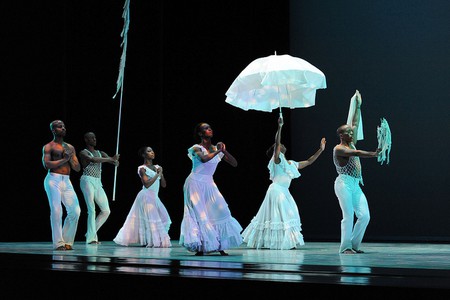 Alvin Ailey’s transcendent Revelations is perhaps his most famous work and is a feat of collaborative African American artistic power. Ailey separated his innovative modern choreography into three distinct movements, the first being ‘Pilgrim of Sorrow’; the second, ‘Take Me To The Water’; and the third, ‘Move, Members, Move’. The original performance was in 1960 and incorporated live contemporary African-American music, such as gospel and jazz. The ballet is centered around liberation from slavery and includes many choreographic motifs of baptism and purification.

Manon was choreographed by Kenneth Macmillan for the Royal Ballet in 1974, and the feast has continued in countless and, luckily, frequent modern revivals. Based on the 1731 novel by Abbé Prévost, L’Histoire du Chevalier des Grieux et de Manon Lescaut, the ballet essentially centers around French prostitute Manon and her lover des Grieux as they slip in and out of each other’s hands and try and fail to evade the law. Macmillan is known for his visceral and acrobatic pas de deux (a dance between two partners) and has a long history of ballets that incorporate sexual violence and aggression. There are three main pas de deux in Manon, each dripping with raw and decadently sexual innuendo, but never lacking in Macmillan’s notable psychological insight.

In Isadora, Sir Kenneth Macmillan bravely attempted a two-act autobiographical ballet of modern dance innovator Isadora Duncan. Duncan’s liberating and unorthodox style of dancing mirrored Macmillan’s tired attitude toward the stiflingly classical ballet world in 1981, and his intention was not for the work to be a marvel of choreographic genius but rather an interesting night at the theater. Duncan’s technique is distinct from classical ballet in that it regards the weight of the human body and the force of gravity, and draws inspiration from movement in nature and Grecian motifs, creating an exultant and fluid dancer. However, Macmillan cast his intuitive psychological focus to Duncan’s life in a way that amplified her repeated sexual, emotional, and psychological turmoils and incorporated her dance as a byproduct of her tumultuous life.

Originally staged in 1995, Matthew Bourne’s Swan Lake garnered tremendous commercial success and has continuously toured around the UK, Europe, and Los Angeles, among many other continents and countries. The revival retains the original Tchaikovsky score, and the ballet is perhaps most famous for the inherently male focus. The story was re-fashioned around a young prince who strives for freedom amidst his oppressive royal obligations and his disparate connection with his mother, which culminates in a visceral and conclusive pas de deux. The most striking and well-known aspect of the ballet is the male corps of swans, and the pas de deux between the prince and the enchanted swan, also male. The speculated homosexual undertones of the ballet provide relief from heteronormative classical ballet and consummate Tchaikovsky’s homosexual strife.