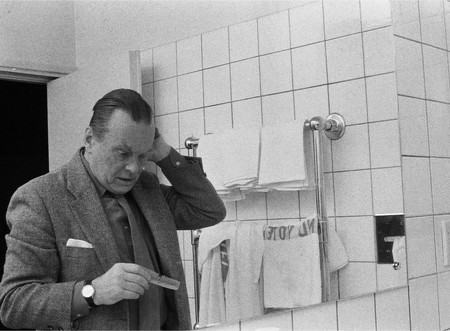 Ahead of the Milosz poetry festival in Krakow this weekend, here’s all you need to know about the late Czeslaw Milosz.

Czeslaw Milosz was a Nobel Prize-winning poet, a diplomat, lecturer, translator, a man of letters and a man of pronounced human insight. Born in Lithuania but Polish by blood, throughout the 20th century, Milosz witnessed and experienced the suffering of two world wars, time in exile, and debilitating depression. But in spite of this – perhaps because of this – his works capture the transient wonder of what it is to be human, to flourish wildly and to suffer severely. Here are 10 facts about his life and works that provide a mere snapshot of his vast literary gifts to the world. 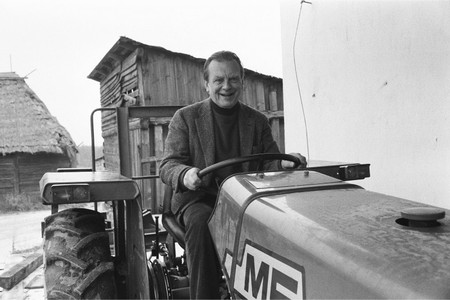 He was multi-cultural from birth

Czeslaw Milosz was born in 1911 in Lithuania to an aristocratic Polish family. As a boy he read wildly, profiting from his grandfather’s well stocked library, mainly composed of 19th-century literature. He was also fascinated by nature, citing the Swedish botanist Carl Linnaeus as one of his heroes. Such was his fervour for the natural world, he even partook in a spot of taxidermy.

He moved around a lot as a child

Milosz’s childhood years were interrupted by World War I, and – because his father served as an engineer for both forces – were spent as a refugee in Belarus, Russia and the Baltics. Exile would emerge as a leitmotif recurring throughout his life and a source of creative inspiration in his poems and prose.

He had a wild side

Due to his typically grumpy and detached aura, one childhood friend compared Milosz to a tomcat (as told in Andrzej Franaszek’s Milosz: A Biography). In his teens, after failing to win the interest of a girl, he loaded a revolver with a single bullet, sealed the barrel, and according to Franaszek, ‘put it against his head and pulled the trigger.’ Needless to say, he survived this heedless stunt. 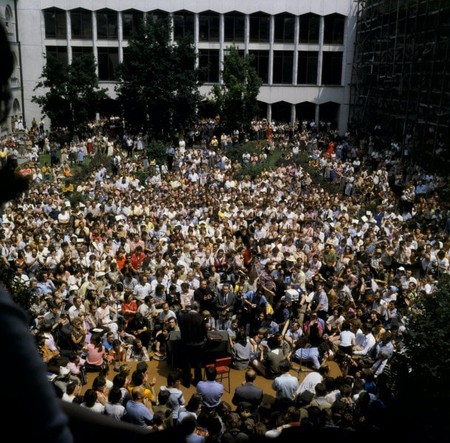 He believed poetry had a moral obligation

Milosz published his first collection of poems, A Poem on Frozen Time in his early twenties. Though many of Milosz’s poems deal with themes of suffering, he believed it was the poet’s job to strive towards the good: ‘Poems should be written rarely and reluctantly, / under unbearable duress and only with the hope / that good spirits, not evil ones, choose us for their instrument.’

Milosz’s years in Warsaw under Nazi rule were, in fact, some of his most productive. Though the threat of arrest was ever present, Milosz was a prolific member of the underground scene, attending lectures, translating Shakespeare into Polish and writing ‘The World (A Naive Poem)’ and the collection Voices of Poor People. After the destruction of Warsaw, Milosz moved to Krakow where today there is an abstract monument to the writer.

After working as a cultural attaché of the Polish government in the United States, Milosz was moved back to Warsaw by his superiors in 1950, due to growing mistrust between the writer and his government. Separated from his family, Milosz fell into a deep depression and according to close friend Natalia Modzelewska, ‘It was easy to discern that he was close to a nervous breakdown.’

He is best known in the West for A Captive Mind

By January 1951 Milosz was back in Paris and would stay there for a decade. It was here that Milosz wrote A Captive Mind – his most famous work in the West but like many, banned in Poland – in which he explores the seductive power of of Communist thought, an ideology to which he never let himself fully surrender. Milosz believed above all in the power of individual truth. 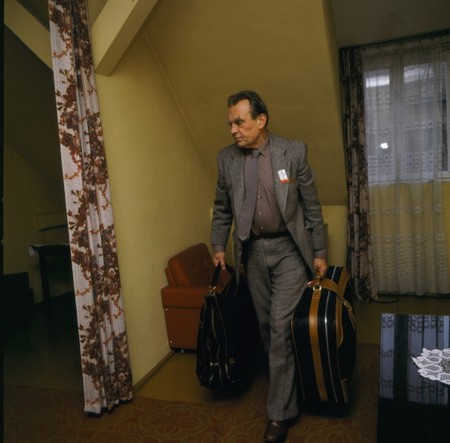 He never lost his sense of humour

In his collected poems, Milosz wrote: ‘The history of my stupidity would fill many volumes.’ Known for his wit, it was rumoured that upon winning the Nobel Prize for Literature in 1980, Milosz proclaimed he wanted to celebrate with a Big Mac. And so, Poland’s preeminent poet of the 20th century dined in a neon-lit McDonald’s in Stockholm the night he became a Nobel Prize winner.

He found life in the US rather dull

Milosz spent the majority of the 1970s and ‘80s in the US, teaching at the University of California at Berkeley. While there, he lectured on Dostoevsky and translated the works of Polish poet Zbigniew Herbert. On the subject of life in America, Milosz wrote ‘The only entertainment of the locals is to stare at passing cars for hours on end, drinking or shooting from their cars at road signs they pass by,’ in his characteristically dry tone.

His legacy lives on across the globe

Milosz moved back to Krakow in 1993 with his second wife Carol Thigpen, where he lived until his death in 2004. He was buried in Skałka, a Roman Catholic Church in Krakow, while his poetry continues to adorn the marble of statues and monuments around the world. You can even find his poems on posters on New York City’s subways.