10 Contemporary Polish Writers You Should Know

Those unacquainted with Poland are often surprised with how much it has to offer the world, from beautiful cities to amazing food. Literature is another area where Poland shines, and these 10 contemporary writers are all excellent examples of that. Whether you’d like to get to know the Polish countryside, learn a thing or two about the country’s history, or journey across Central and Eastern Europe, you’ll find something here to dive into. 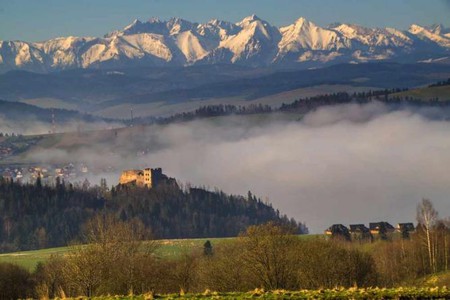 At only 32, Dorota Maslowska is a true rising star in the world of Polish literature. Her first novel, in English either White and Red or Snow White and Russian Red (Polish: Wojna polska-ruska pod flaga biala-czerwona), catapulted her to the upper echelons of Polish post-modernist writers and generated much debate, as its vulgar and cynical writing style ruffled a lot of feathers. Her supporters saw that as innovation, which led to its status as a bestseller in Poland, and it was immediately translated into several languages. Since then, she has continued to write novels and plays, all to great success.

Olga Tokarczuk first studied to be a psychologist, and that training along with a deep interest in Polish and Central European history often turn up in her work. It also often takes on a characteristically mythical tone, making for fascinating stories that provide new and different views on the country’s struggles over the past centuries. Her first book to be published in English was House of Day, House of Night (Polish: Dom dzienny, dom nocny), which paints a literary picture of Krajanow, the town where she lives, and offers brilliant insight into Central European history for people who don’t have much familiarity with it.

Wojciech Kuczok has distinguished himself on the Polish cultural scene not only as a novelist but also as a poet, screenwriter, and film critic — a writer in the truest and broadest sense of the word. He grew up in the southern Polish region of Silesia, and he has remained tightly connected to it. His first book, Stench (Polish: Gnoj), immediately won two of Poland’s most prestigious literary awards. He followed that up by writing a screenplay for the film Scars (Polish: Pregi), which won the main prize at the Gdynia Polish Film Festival in 2004.

If you’re interested in what life is like in the Polish countryside, a good place to start is by reading the books of Wieslaw Mysliwski. He published his first novel in 1967, and since then, he has steadily continued writing excellent fiction that reflects the world that surrounds him. His work did not begin to be translated into English until after the fall of Communism, but since then, the translation of one of his works, Stone Upon Stone (Polish: Kamien na kamieniu), has won multiple awards for the quality of the translation. He has also won the Polish Nike Award, one of the highest Polish literary honors, in 1996 and 2006.

One of the more internationally well-known contemporary Polish writers, Andrzej Stasiuk’s writing comes from a place of love for both Poland and Eastern and Central Europe in general. He won the Nike award in 2000 for Travelling to Babadag (Polish: Jadac do Babadag), a stream of consciousness-style piece that has been widely compared to Jack Kerouac’s On the Road because of its way of telling the story of a journey from the Baltic States down to Albania. He also runs a small publishing house, which he uses to propagate the work of other Central and Eastern European writers. 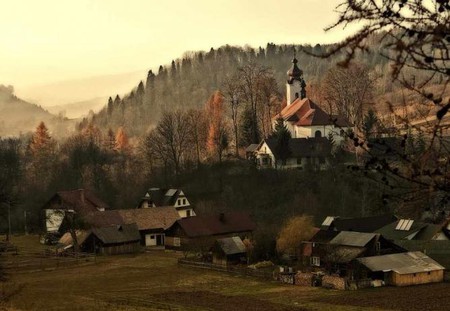 Although he is trained as a journalist and photographer, Filip Springer’s work offers an example of how truth can be even more enthralling than fiction. In his most celebrated piece so far, Miedzianka: The Story of a Disappearance (Polish: Miedzianka. Historia znikania), he delved into the stories of a small town that has been completely wiped off the face of the earth, as though it had never existed. By exploring the deeply personal and moving stories of this town and its former inhabitants, Springer gives readers an illuminating journey through the challenges that Poland has faced as a country as well.

Lída Baarová, Tomáš Baťa, Helena Vondráčková, Karel Gott — these are not Polish historical figures and pop culture icons, but they are still some of the main characters in Mariusz Szczygiel’s most famous book, Gottland. Szczygiel has a fascination with Czech culture, and Gottland tells the story of the Czech 20th century through a series of colorful, fascinating, and often tragic stories about various important Czech figures. Each country holds many stereotypes, but this novel won the Europe Book Prize at least in part for its ability to expose a new side of both countries to the other — Poles get a new view of the Czechs, and the Czechs see that at least one Pole has been following their stories.

You don’t often encounter books like the ones that Ignacy Karpowicz has written so far. His first, Uncool, published in 2006, uses the lens of fantasy to look at Bialystok, one of Poland’s major cities, and the young people who live there. His second, The Miracle, is a brilliant example of the grotesque, and should probably not be read by the faint of heart. Since then, he has continued to explore the results of mixing fantasy and reality, in addition to writing a sort of travelogue about a trip he took to Ethiopia, which blends his own experience with the historical and cultural elements of the country. 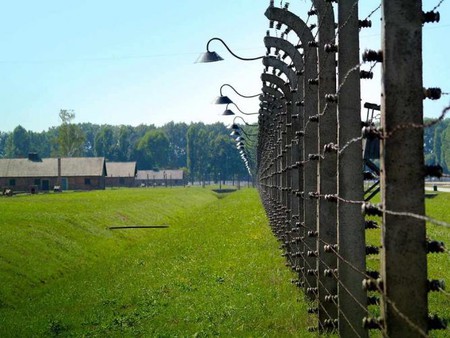 Hanna Krall, a Polish writer of Jewish origin, was only four years old when the Nazis invaded Poland in 1939. While most of her relatives died in the Holocaust, she managed to survive thanks to the courage and sacrifice of her Polish protectors. Since then, she has made it her life’s work to write, and unsurprisingly, the topic of the Holocaust often comes up in her writing. She studied journalism, and her books usually explore various elements of Poland’s history. As she was witness to both the Second World War and the Communist regime, there are certainly few people who are better suited to tackle these difficult topics in prose.

Once a mentee of Hanna Krall, Wojciech Tochman is a journalist and writer who goes into some of the most troubling places on the planet and opens up some of the most difficult periods in history in his writing. His most famous work is Like Eating a Stone (Polish: Jakbys Jadla Kamien), which was a finalist for several awards and tells some of the most harrowing stories from the Bosnian genocide in the first half of the 1990s. His work is dense and often difficult to read, but we continue out of a desire to understand the true depths of both human suffering and human resilience.