10 Contemporary Polish Designers You Should Know

Polish design is quickly coming into its own. Art and design faculties at universities from Krakow to Gdansk are churning out creatives with an eye for craftsmanship combined with technology know-how. Giving a new meaning to form versus function, this creativity can be seen in many fields, from architecture to jewelry, and industrial and product design. These ten cutting-edge creatives are among the best representatives of contemporary Polish design. 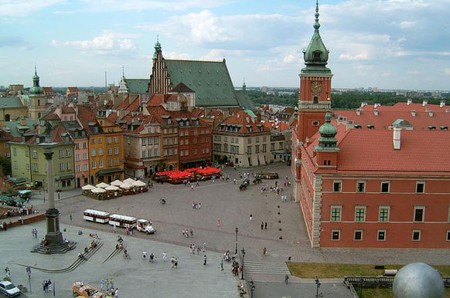 Warsaw-based Studio Rygalik focuses on furniture, products and spaces. Their view is wide-ranging, extending to an interest in dining experiences which explore the relationship between design, food and the act of eating, to site-specific installations. To get an idea of the unique twists their minds take, here’s the story about their Baguette Table. It is what it says on the tin: the design is literally a baguette table, made for the Vienna Design Week Laboratory. Tomek and Gosia Rygalik made tables from stale baguettes due to be thrown away to make a point about food waste. Most of their products are more useful on a daily basis though, and include furnishings and other household items which are thoughtful in both material use and functional design. 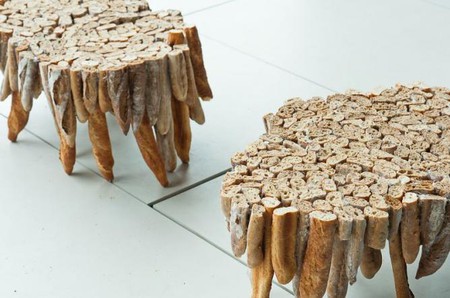 A design award for a sweeper and dustpan? That’s how clever the household products that Jan Kochański creates are – something necessary but dull can be considered great design, and Wallpaper magazine gave Kochański’s tidy product their 2014 Design Award for Best Fireside. With a sculptor father and an architect mother, it’s no surprise Kochański puts great thought into materials as well as the construction and production process. A bendable, foldable coffee table named Clip is made from steel tubes and oak wood, while Knot, an unrealised but very cool-looking chair, is made from fibreglass rope and synthetic resin. 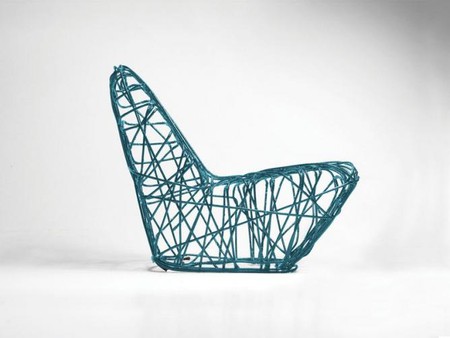 A sofa which can go anywhere, at any time and, when the cushions get dirty, simply replace them? Sounds like a university student’s dream, but Malafor’s signature ‘blow sofa’ is so much more. Made from 100% recyclable paper air bags, it’s not only inexpensive and easy to transport, but is also part of their Recycle Collection, which includes an armchair and stool. The team behind Malafor, which considers itself a ‘design laboratory,’ is constantly on the lookout for innovation, and putting commonly found and used materials to work in an environmentally friendly way. 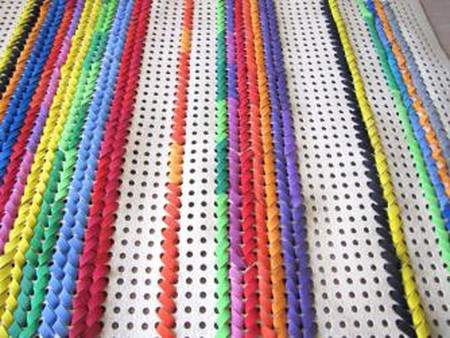 Taking a little inspiration from traditional Polish folk craft and a little from the feel of textiles, Agnieszka Czop creates beautiful felt rugs, but also colourful and touchable lamp shades, children’s toys and key chains. However, it’s her floor coverings that stand out the most with their rich hues and textures. Agnieszka’s decorative fabric designs are almost more art than functional product and many of her rugs look like they should be decorating the wall, not the floor. She has exhibited in many cities, but a big splash came when her rugs, co-designed with Joanna Rusin, were shown at London Design Festival in 2009. 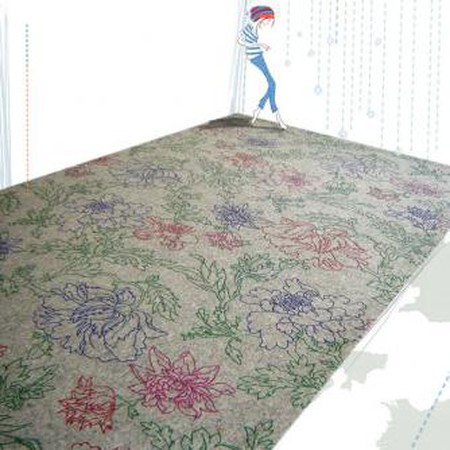 Carpets as inspiration for interior design is how Joanna Rusin looks at the woollen felt textiles she creates. With an interest in texture and structure, she has developed her own special weaving pattern which makes her carpets original pieces of art. She weaves small objects into the carpets, giving them a tactile, interactive look. Her jigsaw puzzle carpets are the perfect interactive decoration for a children’s room, while the jewellery carpets can become a focal point for just about any space.

In 2012, Janusz Kaniewski ranked second in the most innovative entrepreneurs in Poland category, according to Forbes magazine. The experimental Kaniewski is no newcomer to the Polish art scene; he has been creating his avant-garde and experimental designs for over two decades — spring 2014 saw the 25th anniversary of his creative work. To celebrate this, publishing company Bosz released Design in cooperation with Kaniewski — a collection of lectures and talks about designing the future. During his career, Kaniewski has given an imaginative bent to items ranging from cars to furniture to household appliances, though cars seem to be his enduring passion, having worked with Ferrari and many other brands. 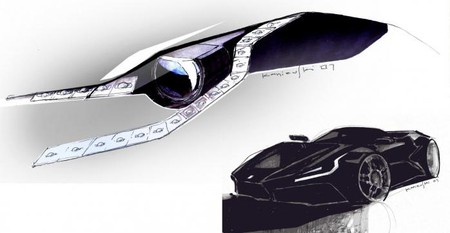 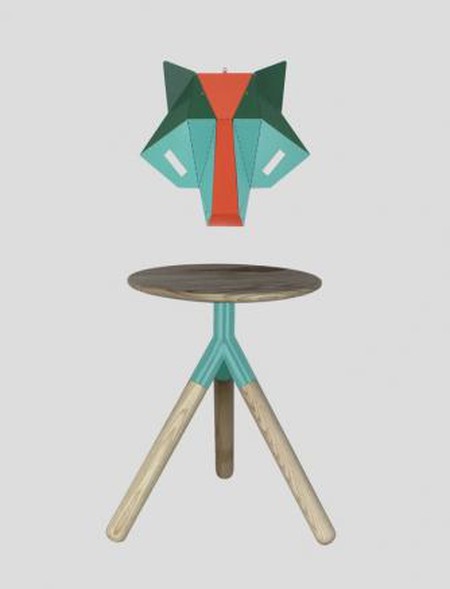 From Stockholm to Israel to back home in Warsaw, you never know where the duo behind the Kosmos Project, Ewa Bochen and Maciej Jelski, will be designing next. Believing that chaos and calm can coexist in harmony, they design objects for everyday use with a nod to culture, spirituality or history. The Crow is a long sofa-cum-lounge chair with a higher back on one end, similar to a crow’s wing in flight. Half of the piece can be split away to have two seating spaces. Kosmos Project’s designs are first beautiful to look at, but the efficiency of each piece quickly becomes apparent.

‘Surprised by light’ is the tagline for Puff-Buff Designs, a Warsaw-based lighting studio comprised of Anna Siedlecka, an industrial and interior designer and architect Radek Achramowicz. With a name like Puff-Buff you’d be forgiven to think they were creating sofas or bedding; actually, they design amazing air-filled lamps and chandeliers made from inflatable parts. The Superstar for example, is not only low-weight and energy-efficient despite its large size, but also gives off a special lighting effect thanks to its elastic PVC elements filled with air. The Orca, which can be either a pendant or floor lamp, offers a flexible, inflatable shade for a surprising, alternative look. 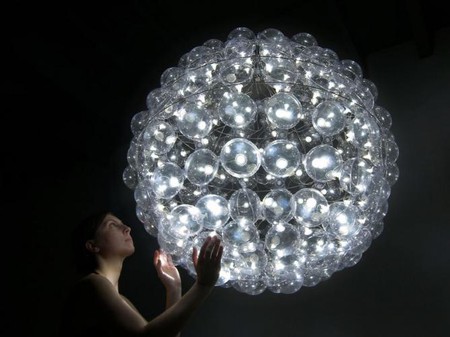 Architect Paulina Ryn and product designer Jacek Ryn teamed up to form Razy2 to experiment with challenging and intriguing objects. Some items are purely functional, but Razy2 gives them an aesthetic edge – like a bathroom radiator called Zig Zag they designed for Terma with square, slightly sloping bars that give it a chic look. The cocoon lamp is another example. The large light bulb-shaped ceiling lamp is nestled in a crocheted cosy. It’s soft and colorful, and when lit, warm and inviting. Razy2 has been honoured with a number of awards and mentions, including the Machina Design Awards and the Osram Award. 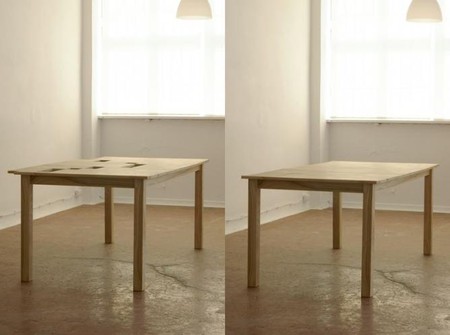 ‘Barely there’ furnishings is one way to describe Tabanda, a trio of designers specialising in modern, minimalist furniture. They love nature, and excel at using underutilised products, such as plywood and Styrofoam. Their pieces are meant for light-hearted homes – a colorful ceiling lamp called Nowa Stołowa looks like a drawing of a lamp, while the Poduszak stool, designed from plywood and open at the bottom, comes with small square cushions you can mix-and-match for the seat based on your mood. Tabanda’s urban elegance products have a subtle touch of humour and are an excellent example of Polish design today. 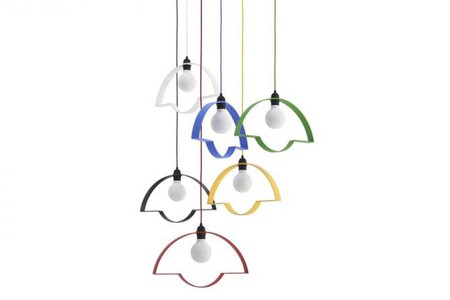