10 Artists From Warsaw You Have to Know 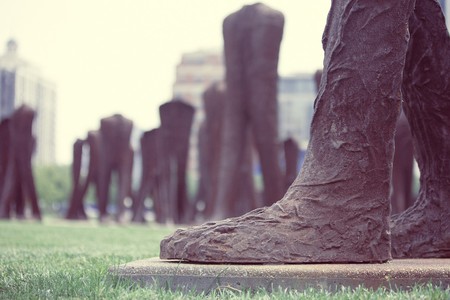 Warsaw has been the epicentre of the Polish art scene for decades, attracting artists from all across the country to settle and create there. These ten visual artists have made the city their home – some lived in the Polish capital for their whole lives, while for others it was an important stopover, but they have all made a lasting impact on the city’s artistic legacy.

One of the most acclaimed Polish artists, Magdalena Abakanowicz started off her international career by winning the Gold Medal during the São Paulo Biennale in 1965. She is most known for her humanoid sculptures representing individuals or crowds of people, made primarily from textiles. However, Abakanowicz did not shy away from also incorporating wood, stone or bronze into her works. Her pieces can be admired in museums, art galleries and parks around the world. 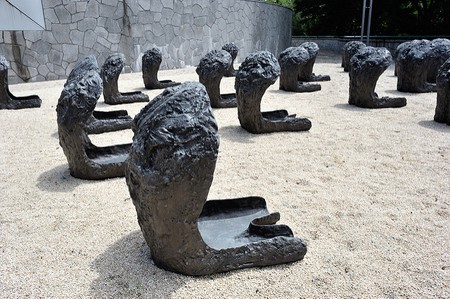 Paweł Althmer’s body of work includes sculptures, performance art, installations and videos. Between 1988 and 1993, he studied sculpture at the Fine Arts Academy in Warsaw. Together with Katarzyna Kozyra, Jazek Adamas and Jacek Markiewicz, he formed one of the most influential art collectives in the 1990s, called ‘Pracownia Kowalskiego’ (Kowalski’s Atelier). He is most known for using atypical materials that highlight the inevitable decay of the human body. 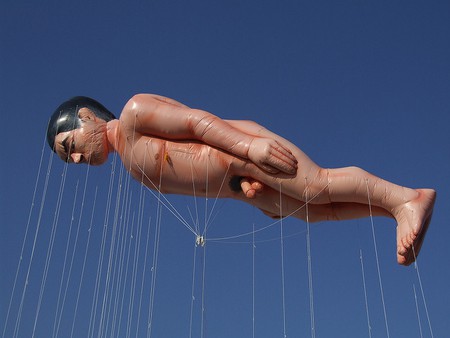 Visual artist Aneta Grzeszczykowska centres her work around the themes of identity and perception, taking advantage of the full potential of her medium of choice – photography. Her pieces often feature fragmented body parts and are evocative of human memory and childhood traumas. She works with Warsaw-based Raster Gallery.

Ewa Juszkiewicz is a painter primarily interested in the long history of female portraiture. In her works, she often reinterprets the historic depictions of the female body, commenting hence on both the past and the present. Juszkiewicz’s pieces often distort the women’s faces or substitute them with draped fabric, masks or other objects, creating surreal forms of expression as a result. She was featured in the album One Hundred Painters of Tomorrow published by Thames & Hudson in 2014.

Making her artistic debut in the ’90s, Kozyra is one of the most influential and controversial artists of her generation. She works across different mediums, most notably performance art, video and happenings, and her pieces often stir public debate around the boundaries and the functions of modern art. In 1999, she represented Poland at the Venice Biennale, where her Łaźnia męska won an honorary mention. Currently, she divides her time between Warsaw, Berlin and Trento. 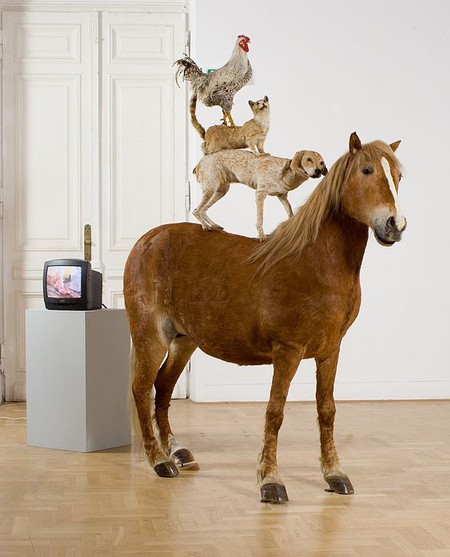 Photographer Witek Orski graduated with MA in philosophy from University of Warsaw. Through his work, he tries to explore the relations between different images as well as investigate the social functions of photography as a medium. His photos may seem simple at first, but their complexity lies in the context and multitude of historic and cultural references. His works have been published in leading magazines in Poland, France and the UK.

In her works, Aleksandra Waliszewska explores the themes of oppression, torture and sexual domination. She often depicts women abused by sadistic men or anthropoid beasts. The jarring symbolism and surrealist imagery in her pieces evoke Gothic style and reference Hieronymus Bosch and Francisco de Goya. Waliszerwska also co-wrote The Capsule, a short drama by Greek director Athina Rachel Tsangari, which was featured during Sundance Festival in 2012. 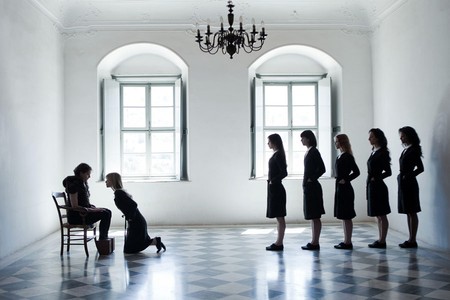 Sculptor and interdisciplinary artist Mirosław Bałka often mixes various materials, including steel, cement, salt, foam rubber and neon lights among others. His works are deeply autobiographical and centre around the themes of collective memory, private mythology and body image. Born in 1958, in post-war Warsaw, Białka’s pieces are deeply rooted in the uneasy reality in which he grew up and can be fully understood only in their socio-historical context. His works have been shown at major international exhibitions as well as acquired by museums worldwide. 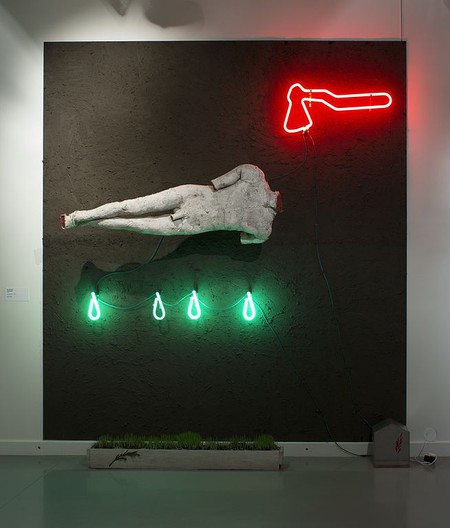 Painter, sculptor and photographer, Zdzisław Beksiński is known for his dystopian surrealist art. Even though he started his career as a photographer, he is most widely remembered as a painter. His works were often steeped in erotism and portrayed detailed scenes of death, decay, including landscapes filled with skeletons, deformed figures and deserts. In 2016, Polish filmmaker Jan Matuszyński directed the critically acclaimed film Ostatnia rodzina (The Last Family) based on the life of Zdzisław Beksiński and his family. 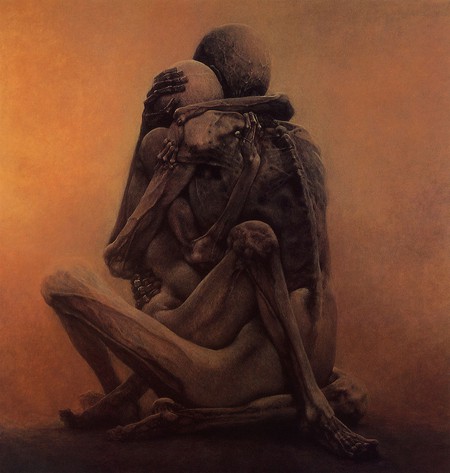 One of pioneers of the Polish poster school, Henryk Tomaszewski is known for simple, yet extremely intelligent visual translation of messages, using symbols and tropes from literature, theatre, film and widely understood culture. Many of Tomaszewski’s works have become world poster classics and are studies by students around the world.