Why You Should Watch 'Valkyrien', Norway's Riveting New TV Series 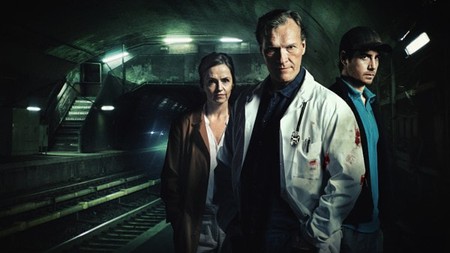 If the success of SKAM last year was any indication, Norway knows good TV. But not always the kind of good TV you’d expect from a Scandinavian country: while Sweden and Denmark are giving the world Nordic crime dramas (or, Nordic noir), Norway walks a somewhat different path. The latest Norwegian series to become a global sensation is all about an underground hospital and a doctor who operates (literally) outside the law.

What is Valkyrien all about?

If you could compare Valkyrien’s unusual premise to anything that’s already done on TV, that would probably be Breaking Bad. Its main character, a middle aged doctor called Ravn, goes from playing by the rules to operating an underground hospital in an old bomb shelter — with the help of Leif, a conspiracy theory junkie. It all starts for love, as Ravn’s wife is dying and he wants to save her with an experimental treatment, but it ends up being a surreal and atmospheric drama about the failings of Norway’s health system and the people who benefit from it.

The 8-parter’s strongest element though, is the diversity of the patients who come to this secret hospital. From the very poor, who can’t get health funds from the state, to the very famous, who’d rather not show up at an ordinary hospital, to the criminals, the motley crew that ends up on the operating table is truly fascinating and thought provoking. Add to that the sense that the Apocalypse is indeed around the corner (a notion perhaps fuelled by watching Leif engage in his endless fascination with Doomsday scenarios), and you get a story that keeps you at the edge of your seat.

A huge success in the UK

That ‘Apocalypse around the corner’ feeling? It has proven to strike quite the chord in the UK. In BBC’s list of 2017s Top 10 TV series, Valkyrien not only has secured a spot, but it’s actually placed before Game of Thrones. That’s right: according to BBC, this Norwegian drama is actually better than the HBO behemoth. Eric Vogel, producer of Valkyrien, thinks this success has to do with the fact that ‘the show depicts how people react in complex times’, something that the Brits can identify with in the post-Brexit era. What SKAM managed to do with tapping into the evergreen issues of coming of age, Valkyrien does with tapping into the very now issues of political uncertainty and social unrest. 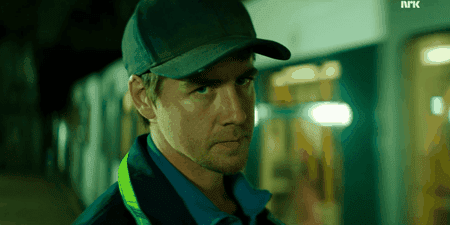 Is there going to be a season 2?

So far, no follow-up season has been planned, but the producers are not ruling anything out. The interesting thing is though, that an English-speaking remake is already in the works: the rights to a London-set version of Valkyrien have apparently already sold. It remains to be seen if it will be as good, and as weird, as the original.

Valkyrien | Courtesy of NRK
Give us feedback