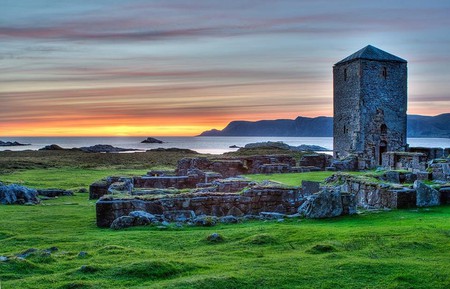 The Abbey of Selja island | Courtesy of Klosterbåten

At the northwesternmost part of Sogn og Fjordane county lies Selje municipality, a quiet peninsula embracing a couple of small, rocky islands. One of those islands is Selja. At just one mile wide and with only five permanent residents (give or take a few goats), you would be excused to think there’s nothing significant or extraordinary about it. And yet, Selja Island played both a significant and extraordinary part in Norway’s religious history. Read on to find out more about the island that’s one of Norway’s most important pilgrimage destinations.

The legacy of St. Sunniva

Legend has it, there was a princess in medieval Ireland (around 950 CE) called Sunniva. She was attacked by raiding Vikings, who threatened to kill her people unless she married their leader. But she managed to escape. She and 1,100 of her people left Ireland on boats and, while most of them perished in the North Sea, she managed to reach Norway’s Selja island along with a small group of loyal followers. Without knowing it, Sunniva had left raiding Vikings behind only to reach the land of the Vikings.

She and her followers settled on the island, living in and around a cave in the cliffs and surviving on the sheep they found there. But the locals soon discovered them and, annoyed at the loss of their property, reported them to King Haakon, who sailed from Trondheim along with his men to investigate. It needs to be noted here that Sunniva and her group where Christians. Norway was not Christianized at the time and King Haakon had a reputation of being violent towards Christians, which would explain why a King would come himself to see about a couple of castaways.

It is said that Sunniva saw the king’s ships approaching and gathered her people inside the cave to pray for a miracle that would save them from the Vikings. At that moment, the roof of the cave collapsed – killing them all in the rockfall. When King Haakon arrived, there was no one alive to be found. As time passed, and Norway converted to Christianity, this tale turned to legend and Selja island acquired a somewhat supernatural reputation. There was the mystery of a skull that was discovered on the island, in almost perfect condition. There were weird lights and strange noises, whenever sailors passed by. Until this day, people claim there is an eery light coming from the heavens and illuminating the island like a spotlight. Pilgrims and history aficionados alike flock to this tiny island every year. 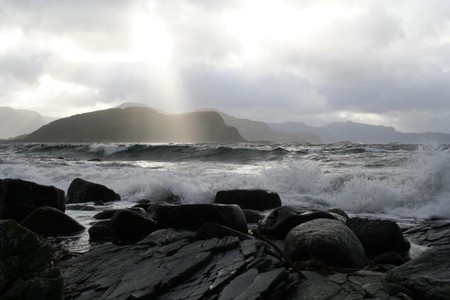 Selje has an eery energy | Courtesy of Selje.info

The way to Selja

Selja is located about one kilometer from the Stadlandet peninsula. If you visit from May to September, you can book a boat from Stadlandet – many of them, like Vestkapp Båtservice Klosterbåten, include guided tours of the island and the monastery. The trip is just 15 minutes from Stadlandet, so you can opt for a round trip and visit the other islands as well. In the winter, there is the old postal rout from Bø (on the east side of the island) that you could take. 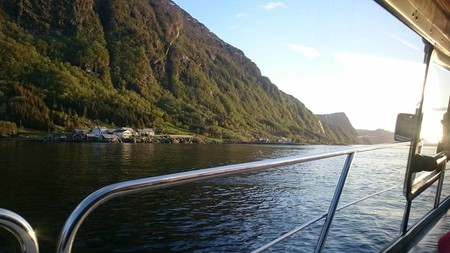 On the way to Selja island | Courtesy of Klosterbåten

The abbey of Selja island

After Norway converted to Christianity and the legend spread, King Olav Tryggvason made the first ever Christian pilgrimage in the country. He visited Selja island in 996 CE, where he allegedly found Sunniva’s incorrupt relics. The veneration of Sunniva spread. The cave where she died was consecrated to the Archangel Michael while, from 1067 to 1170, Selja was the diocese for the Norwegian West Coast. Norway’s first cathedral was actually built on a terrace just below the cave, and other buildings, the foundation of which still stand today, were constructed nearby. When the seat of the bishopric was moved to Bergen, the land was given to Benedictine monks who built a monastery there, dedicated to St. Sunniva.

The monks lived there until even after the Black Plague wiped out most of them. According to historical sources, they left Selja around 1536 due to the Reformation and the new Lutheran State Church. The old buildings were left abandoned until the 1900s, when people started becoming interested in Norwegian history – the time most excavations started. The tower that had survived was restored and people started offering tours of the ruins and positioning this small island as the important historical monument it actually is. To this day, there are no modern buildings; nothing that distracts from the eery beauty of this place. It will just be you, a slice of Norwegian history and, perhaps, a mysterious light from the sky. 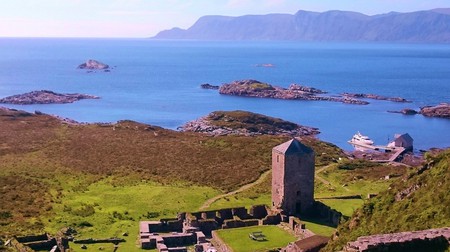 The Abbey of Selja | Courtesy of Klosterbåten
Give us feedback