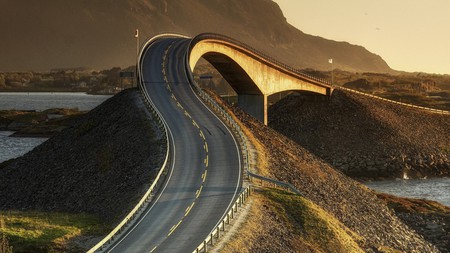 How can you mend a broken heart? No offense to the Bee Gees, but sometimes the answer can be, “visit Norway’s Atlantic Road”. Atlanterhavsveien, a National Tourist Route in northwest Norway, is so incredibly scenic it has understandably caught the attention of international media. The iconic zigzag road has been called many things, like “Norwegian Construction of the Century”, “the world’s best road trip” and “the world’s best place to mend a broken heart”. Here’s why.

A road that connects culture, scenery, and history

Atlanterhavsveien, known as the Atlantic Ocean Road, or more simply Atlantic Road, runs across an archipelago of small islands and skerries in Møre og Romsdal county. Throughout its 8.3-kilometre stretch between Kristiansund and Bud, the road connects Averøy island with the mainland thanks to the creative use of bridges. Opened in 1989 after many battles with the elements of nature (namely hurricanes), the toll-free road is officially one of the Norwegian Scenic Routes. By following it, you’ll have the chance to see the striking Norwegian coastal landscape at its best: small ragged islets connected by causeways, picturesque villages like Kårvåg and Vevang and, in between, the majesty of the Norwegian Sea.

The whole experience slightly resembles the feeling you get when on a roller coaster. The road is completely serpentine, twisting and turning, dipping and arching over the very often imposing waves. There is a part of it, in Hustadvika, where there’s nothing between you and the sun sinking in the horizon. There’s also Storseisundet bridge, the largest of the eight bridges that comprise the road, which is equally impressive to drive through and to photograph from a distance. One of the bridges is specifically made so people can fish as the whole area has been a popular fishing spot for the locals. And when there’s a storm, waves tend to scatter over the road – drive carefully. 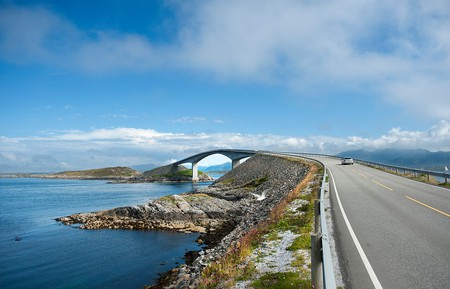 A road with many accolades

Due to its location and impressive construction, the Atlantic Road has won several awards and received many monikers. First and foremost, the “Norwegian Construction of the Century”– awarded in 2005 by NRK (the national broadcaster) and the construction industry. NRK and Ut.no also named the road “Norway’s best bicycle trip” a couple of years later. In 2006, The Guardian called the Atlantic Road “the world’s best road trip”, ranking it above attractions such as the Himalayas. In 2011, Fifth Gear called it “the world’s best place for car testing”, turning the Atlantic Road into a hotspot for filming car advertisements. 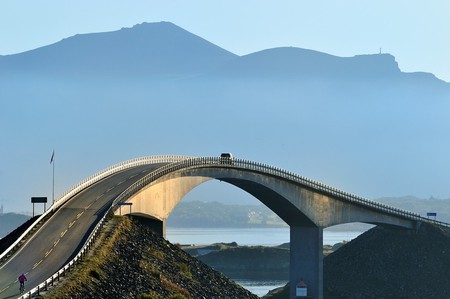 Where to stop and take in the views

Throughout the Atlantic Road, there are designated outlook points where you can park your car, or walk by foot to appreciate the scenery. The elevated viewing trail at the island of Eldhusøya, for instance, is made of metal grates built on piles hovering above the ground; a 150-meter long path that gives you the opportunity to really explore the area. If you’re just looking for a quick pit stop, the Askevågen viewpoint is located at the tip of the breakwater. The viewing platform is small, but your photos will be huge on Instagram. 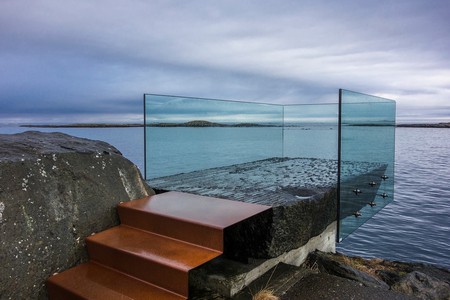