Why Norway Is the Perfect Destination for Small-Ship Cruising 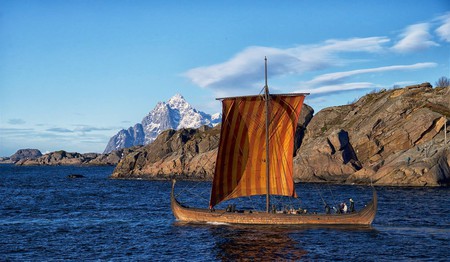 Ever since the Viking Age, small ships were preferred | Courtesy of Visit Lofoten

The Vikings knew what they were doing: their smaller, narrow ships were ideal to navigate Norway’s lacy coastline (and ultimately to surprise their enemies). So it’s time for you to take a page out of their book. Sure, commandeering a Viking ship may be a tad hard, but small-ship cruising may be one of the best ways to get the most out of your trip to Norway. Here’s why.

Created when the glaciers retreated and the valleys were flooded with seawater, Norway’s fjords are so beautiful that some of them are considered UNESCO World Heritage sites. There are just so many things happening all around you while you cruise on their waters. Think neck-stretching mountain peaks, lush forests, cascading waterfalls, picturesque coastal towns, and small, roadless hamlets that you wouldn’t be able to access any other way.

Here’s a tip: apart from Næroyfjord – the famous arm of Sognefjord that should definitely be on your list – Aurlandsfjord is also breathtaking. It’s home to one of the most beautiful vantage points in all of Norway (the Stegastein viewing platform) and will also give you the chance to explore Flåm and perhaps board the iconic train when you’re ready to be on dry land again. 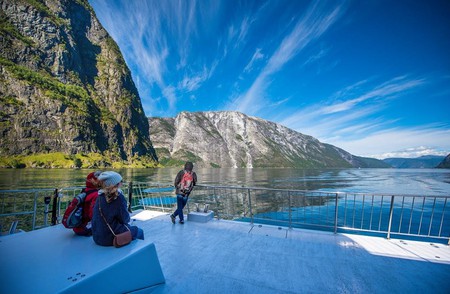 Norway is equally blessed in the archipelagos department. There is the Svalbard archipelago, with its icebergs and polar bears and where the sun doesn’t come out for months during the winter; the Lofoten archipelago, whose small fishing villages and majestic mountains look as if they were created specifically to never need an Instagram filter; and then there’s also the very little known Vega archipelago, which is actually another UNESCO World Heritage Site in the western coast of Norway where 6,500 islands, reefs and skerries have been home to fishermen since the Middle Ages. What do all these magnificent destinations have in common? To be able to properly navigate them and see as many of their marvels as possible, you’re gonna need a smaller boat. 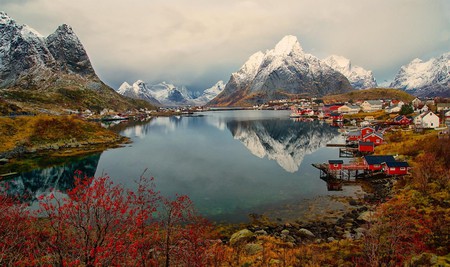 Reine in Lofoten is a magical place | Courtesy of Visit Lofoten

So many port cities

But it’s not just about access. It’s also about a way of life. Norway has always been a nautical land, with the vast majority of its big cities built around the country’s coast. Coastal culture is important and celebrated. Hopping on a boat to go anywhere is encoded within the Norwegian DNA and sailing is one of the favorite national pastimes – even for the King, who has been dubbed “Sailor King”. Historical ports like Skudeneshavn are being preserved and celebrated, bringing together sailing and cruising enthusiasts from all over the country and abroad. Small-ship cruising in Norway is not just smart, it’s also culturally relevant. 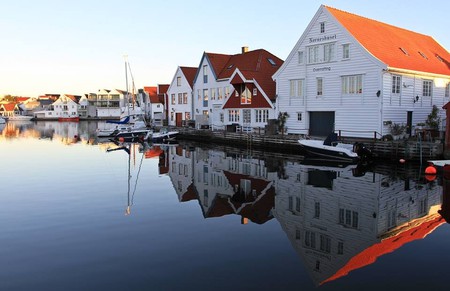