It's Illegal to Die in This Town in Norway, Here's Why 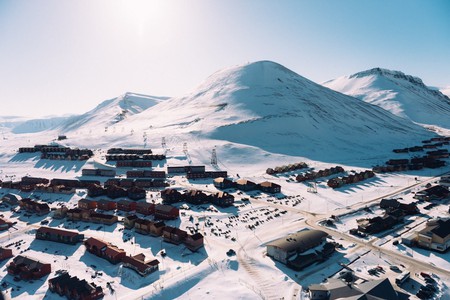 The northernmost city of Longyearbyen | Courtesy of Visit Svalbard

“No dying allowed on the premises.” Longyearbyen, the world’s northernmost town in the Svalbard archipelago, doesn’t exactly have a warning sign like that – but perhaps it should. See, death has been banned here since the 1950s. If someone’s suspected to be close to dying, they have to be flown back to the mainland. Read on for the fascinating (and appropriately morbid) reason behind this seemingly strange state policy.

Prohibition of death is not such a novel notion – in fact, the Ancient Greeks thought it first back in the 5th century BCE, declaring that dying on Delos island was prohibited because it was a sacred space. Even nowadays, there are a handful of towns around the world that have banned dying, but with the exception of Itsukushima in Japan, the reasons for that are practical, not spiritual. In the Norwegian town of Longyearbyen, death is banned because of the weather. Being above the Arctic circle, Svalbard “enjoys” low temperatures that frequently reach 4°F (-15 °C) and have been known to sometimes reach -25.6°F (-32 °C). What does that mean, besides having to wear insulated coveralls at all times? It means that the ground, and anything put inside it, is in a state of permafrost – never really thawing, even when the temperatures in the surface rise during the summer. So to put it simply, the dead don’t thaw – or decompose. 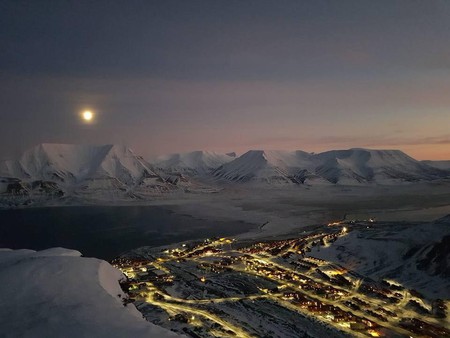 If you’re thinking that this creates issues with space and storage of the dead, you’re only half right. See, if a dead body remains perfectly preserved (apologies, but we told you this would be morbid), then any virus or disease it carries will also remain frozen within it – and could potentially be a safety hazard, spreading among the population. This became chillingly apparent in 1950, when the locals realized that the permafrost was preventing the bodies from properly decomposing and, afraid of diseases spreading, they took the town’s graveyard out of commission and outlawed death in Longyearbyen.

And a good thing they did, too. Because when scientists in the ’90s exhumed some of the bodies to study the permafrost phenomenon, they found that in the body of a person who died from the Influenza pandemic of 1918, the same deadly virus was still alive and kicking, perfectly preserved. As you can imagine, this has all the makings of a Hollywood horror film. If the permafrost thaws (and considering global warming that’s not an “if” but a “when”) then the virus could infect the whole town – and we’re talking about the same virus that wiped out about 5% of the planet’s population back in 1918. Banning death, all things considered, seems like the most logical thing to do. 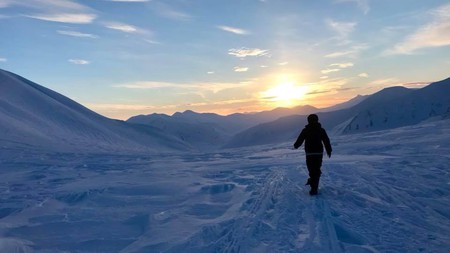 Walking towards the light in Longyearbyen | Courtesy of Visit Svalbard

So what happens if you accidentally die before they fly you away? The only way to be buried in Longyearbyen is to be cremated first (and your remains buried in a funeral urn), but even this is hard as it requires a state license. But then again, this is Svalbard: albeit uniquely rewarding, considering the 2,000 people who call it home, life here is nothing if not hard. The sun doesn’t come out for four whole months in the winter. The polar bears will attack you if you leave the settlement alone. The cold can sometimes be so overwhelming that children have trouble moving. And, as if the ban on death wasn’t enough, cats are also banned from entering Svalbard – so as to preserve the birds of the area. If you can manage to survive all that, you’re probably a superhero anyway. So you don’t have to worry about the prohibition of dying.