Why Are Norway and Sweden Feuding over Reindeer? 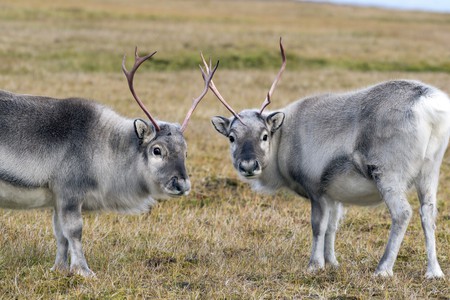 Very few people are as chill as Norwegians and Swedes when it comes to their shared 1,010-mile border. The border is practically open; you can move between the two countries by train, bus, car or on foot, with zero hassle. Unless you’re a reindeer. These past few years, an increase of reindeer from Sweden grazing across the border of Norway has caused the two Scandinavian countries to lock horns (or rather, antlers). Here’s why this seemingly trivial issue is actually so important.

Reindeer don’t care about man-made borders. They have been happily grazing the lands that are now known as Norway and Sweden for thousands of years and are continuing to do so. The problem starts with the different rules the two countries have on animal herding and grazing rights: Sweden’s approach is very lax, whereas Norway’s is very strict.

As a result of the more lax laws, the Swedish reindeer population keeps growing and growing – it has increased by 50,000 since last year. More animals means a greater need for land to graze, which explains why even more reindeer find their way across the Norwegian border. On the other hand, Norway wants to keep their reindeer population in check. Apart from worrying about the land and the ecological sustainability being threatened by having too many animals grazing on the same area, there was also a chronic wasting disease last year. The disease resulted in the culling of about 2,200 reindeer and the fear is that, with more Swedish reindeer coming over the border, it may flare up again. 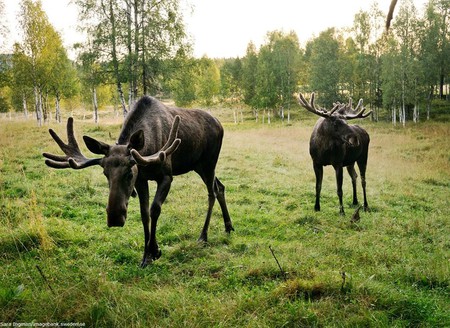 There are approximately 400,000 reindeer in Sweden | Courtesy of Sweden.se

It has political implications

And then comes the politics of it all, which complicates the matter even further. A 1972 agreement on reindeer grazing rights between Norway and Sweden expired in 2005, but the two countries haven’t managed to come to a new agreement since. Without an agreement in effect, reindeer grazing is governed by Lapp Codicil, an addendum to the Stromstad Treaty made in 1751 – a codicil that basically grants the Sami the right to move their reindeer freely within the traditional Sami areas (we’ll get to that in a while), regardless of state borders.

The Agriculture Minister of Norway and MP of the nationalist Progress Party, Jon Georg Dale, is not happy with the current state of things. According to national broadcaster NRK, he broke off an agreement attempt with the Swedish authorities saying that, “it is Sweden that is responsible for us being in this situation.” Dale went to explain that, with the increase of the Swedish reindeer population and Norway’s “insufficient pasture ground,” there will have to be legislation in place that limits the number of animals that cross the Norwegian border. The Agriculture Minister went so far as to say he will, “take measures to cull Swedish reindeer crossing the border.”

It deeply affects the Sami way of living

The Sami, the northernmost indigenous people of Europe, have been living in these areas and herding reindeer way before the Vikings appeared. Even if nowadays it’s not their only way of making a living, reindeer husbandry is still an integral part of their cultural identity. As such, the Swedish government is hesitant to reach any agreement that would constrict the reindeer belonging to the Sami who live in Sweden. Swedish Rural Affairs Minister Sven-Erik Bucht stated that, “it’s important that we listen to the Samis in both Sweden and Norway.”

And the Sami have definitely not stayed silent on the matter. Niila Inga, the chairman of the Swedish Sami association, said Dale’s threats of culling could have “serious consequences” for the local communities, whereas Per Olof Nutti of Sweden’s Sami Parliament said that it concerns him, “how little ability Norwegian politicians have to understand the rights of Samis on the Norwegian side.” As for the Sami on the Norwegian side of the border, they don’t think that the two countries will reach an agreement soon – although they understand Dale’s concerns. Here’s hoping that the situation will be resolved soon, before any reindeer are harmed in any way. 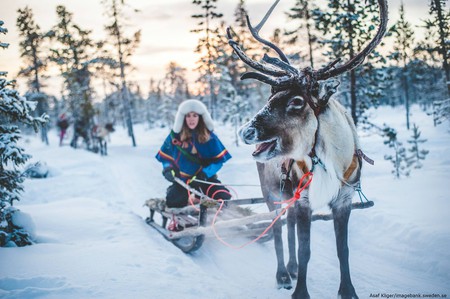 Reindeer husbandry is a big part of Sami culture | Courtesy of Sweden.se
Give us feedback