Who the Hell Is Torbjørn Rødland?

In 2018, Norwegian artist Torbjørn Rødland will take over the galleries of the Bergen Kunsthall as the Bergen International Festival Artist. Here, we attempt to decipher his weird and wonderful photographs that have caused exalting ripples in the art world.

There’s a fine line between pleasure and distress in Torbjørn Rødland’s photographs. At once familiar and generic, yet disturbing and uncanny. The Norwegian photographer, who now works out of Los Angeles, has the ability to capture everyday moments or scenarios that are embedded with deeply troubling connotations. Yet he somehow manages to make the icky, the weird and the absurd conceptually appealing. The repulsive becomes attractive. 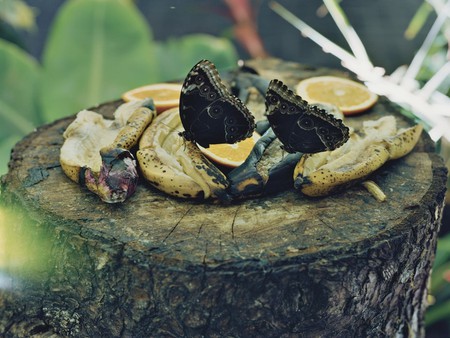 There is no defining categorisation between Rødland‘s photographs, apart from the fact that you’re undoubtedly guaranteed to not know what you’ll get. Whether it’s capturing Paris Hilton adoringly staring at her handbag-sized dogs, a bare-chested, young man threateningly gripping an older, suited man or butterflies gorging on rotting fruit, Rødland doesn’t distinguish between his subjects when it comes to expressing his modus operandi –embracing double-edged allegories. 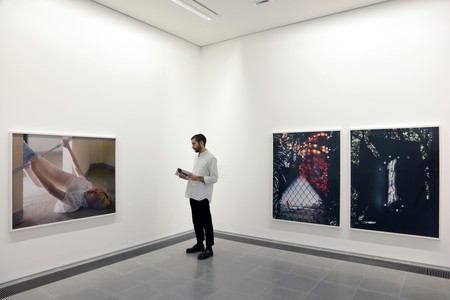 For his recent Serpentine Sackler Gallery exhibition, The Touch That Made You (that will tour the Fondazione Prada in Milan next year), a variety of his portraits, landscapes and still lives from the past two decades were displayed. Some photographs were clustered in seemingly incongruent groups – similar to the display techniques of Wolfgang Tillmans – others significantly separate, revealing his skill to disrupt our reading of the everyday with images that ‘keep you in the process of looking.’ 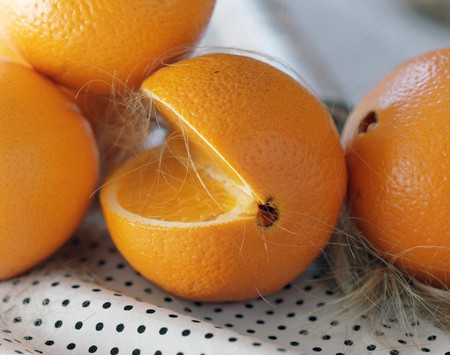 Rødland has the ability to turn the visual language of popular culture on its head. A number of his works focus on the pursuit of pleasure, such as our indulgence and obsession with food. Produce like mouthwatering eclairs or crisp shiny apples are approached with a commercial photographic eye, ultimately fetishising the everyday edible object.

Yet when you look closely, you see that he’s always managed to infiltrate the subject with a disparate partner; embedded on top of the gooey chocolate glaze of the eclair are three false teeth implants. Suddenly the allure of the luxurious choux pastry is superseded by repulsion. 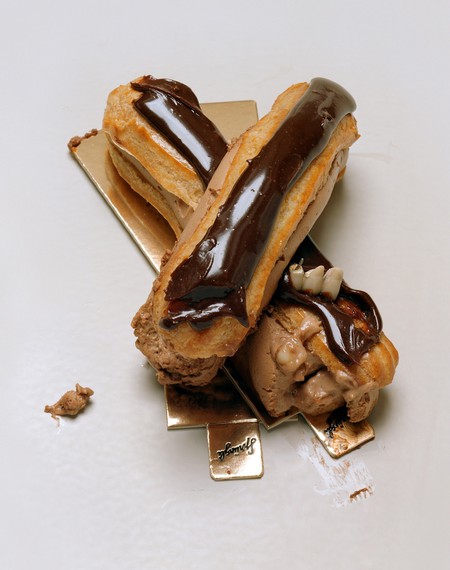 Teeth are a fixed fascination for Rødland. At Manifesta 11 in Zurich last year, he showed a series of images associated with teeth. From the Crossed Confections (2015) to fairly disturbing images of people undergoing dental surgery in Intraoral no. 2 (2011) he explores how teeth have become ‘a symbol for intuitive fears and irrational anxieties.’ He worked closely with Dr. Danielle Heller Fontana, who prides herself on creating perfect smiles, and photographed as she performed implant procedures. The works were then shown simultaneously at Löwenbräukunst and the dentist’s practice, infusing the sterile surgery with the realities that put you in the dentist’s chair. 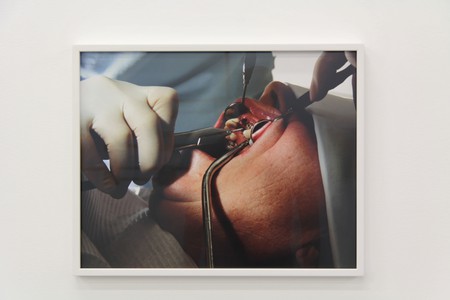 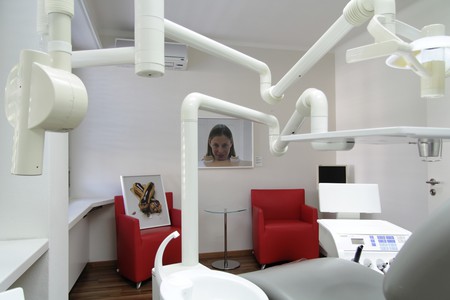 Teeth also expose Rødland’s preoccupation with the body in general. His different forms of manipulation – from contorting limbs to sexualising flesh – simultaneously violate the body’s physicality and trigger the portrait format. He regularly uses viscous substances including paint or honey to lather and drip off his subjects, adding to the tactility of the work, so the photographs go beyond a 2D facsimile of what the lens captures. 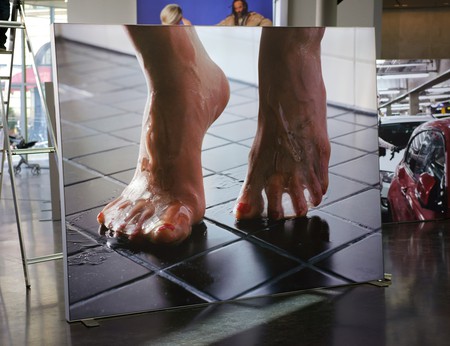 Laden with layers of symbolism that delve into the tension between reality and myth, and the fabricated and authentic, Rødland allows for a spattering of ambiguity that has uncertain intention and unexpected consequences. A guessing game of which we cannot look away from. 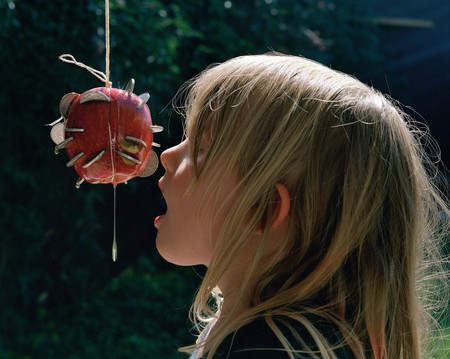 The Touch That Made You will be at Fondazione Prada, Milan, Italy in 2018.